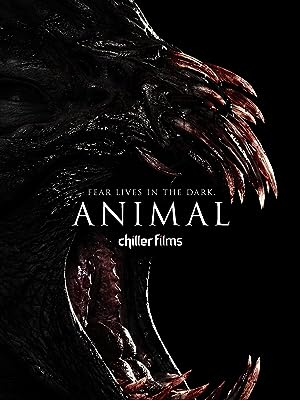 (417)
4.61 h 22 min201418+
Close-knit friends find themselves trapped in an isolated cabin, fighting for their lives against a blood thirsty predator. As tensions rise, long-buried secrets are revealed.

Linda LeeReviewed in the United States on July 10, 2020
1.0 out of 5 stars
Another senseless movie
Verified purchase
This is another senseless movie in the Argument Genre.
Everyone argues from beginning to end. The arguments are ambiguous -- seriously unintelligent. Boring script.
There is more than one monster. You don't have to wait for the end of the movie to see them.
Besides the stupid arguments, there is blood and gore.
Stupidity ends in deaths of all the many people except one.
Example: They stand too close to the semi-boarded up broken-glass windows giving the monsters easy access to another dinner.
There is at least one living monster left over as the one person escapes in the car.
I hate the argument genre movies. You can skip every 10 minutes in this movie because it is so predictable. You can count on listening to senseless arguments, and another person being killed.

James C SmithReviewed in the United States on July 17, 2021
3.0 out of 5 stars
Good But Not Great
Verified purchase
AMAZON PRIME VIDEO

This movie is neither outstanding, nor is it truly awful.

If you're bored, like basic horror movies, and are searching for something to entertain, this isn't a bad choice.

The premise and story are both simple and straightforward. Teens go into woods. Monster hunts them down.

Most of the acting is fairly decent, and some is quite good. The dialog is fine-- neither compelling nor ridiculous.

In a not-so-small way, the story borrowed quite heavily from the likes of "Night of the Living Dead", by having the cast spend most of the movie barricaded in a house in the middle of nowhere at night, trying to keep out something very nasty that simply wants to eat them.

The design of the creature was fairly good. It seemed pretty original to me. And the director did a nice job on slowly revealing its looks, without taking forever to do it.

Not a bad one-time viewing.

WALTReviewed in the United States on July 9, 2021
5.0 out of 5 stars
STILL SHAKING, WHAT A FIVE STAR 🎞 FILM THIS IS
Verified purchase
WHAT IS SO DIFFERENT ABOUT THIS 🎥 MOVIE. IT IS SERIOUSLY SCARY, NO FOOLING AROUND. THERE IS A GREAT DEAL OF GORE
AND RAWNESS THROUGHOUT, SO MATURE TEENS MAY WISH TO OPT OUT. HAVING SAID THAT, DO NOT SEE IT ALONE. SIX PEOPLE,
WHO STARTED OUT AS FRIENDS TAKE A LITTLE SOJOURN TO AN ABANDONED HOUSE. HAVE WE HEARD THIS BEFORE? WELL, YOU
HAD BETTER START CHILLING OUT VERY SOON AND HAVE YOUR 🍿 + 🍕 EARLY IN THE 🎞 . ONCE THIS GETS COOKING THE FOOD CONCESSION IS OUT AND HOLDING HANDS ARE IN. YOU ALL KNOW BY NOW THERE IS A GROTESQUE CREATURE LURKING ABOUT.
GOOD PLOT, SPECTACULAR DIRECTION AND SPECIAL EFFECTS, MULTIPLE PARTS OF HUMAN INNARDS FREELY FLOATING. AS THE
DENOUEMENT, I.E. UNRAVELING BECOMES CLEAR, YOU MAY BEGIN SMALL WAGERS ON WHETHER THERE WILL BE A SINGLE
SURVIVOR. A SUPER TWIST LIKE A 🍋 AT THE FINAL SECONDS. I WILL NOT SAY A WORD MORE, EXCEPT.........BOO. GREAT FILM.
3 people found this helpful

Ates71Reviewed in the United States on March 7, 2021
3.0 out of 5 stars
It's OK
Verified purchase
It covers no new ground as some mentioned but, sadly, does contain many cliches of the genre.

SPOILER ALERT!
It reminded me of the movie called Feast, a similar unknown type of monster(s) attacking a group of people taken shelter in a truck stop or bar type of place. To me, that was a more entertaining movie but this one is OK too.

Since it is a relatively recent movie, there is that PC diversity and relationship of some of the characters that seemed uncommon if not odd.

Anyhow, you, too, might enjoy this if you can overlook the annoyances and cliches. Acting is OK, I gave it an extra star for the creature makeup and SFX.
3 people found this helpful

Graeme SmithReviewed in the United States on March 23, 2022
3.0 out of 5 stars
If you like hearing the word "go" repeated 28,000 times...
Verified purchase
For a fairly generic "cabin in the woods" movie, this actually wasn't bad. There was some nice woodland photography in my home state of Connecticut, the cast wasn't made up of entirely of VWTs (vapid white teens) from southern California, and none of the characters were particularly unlikable, except for Douglas, but he was supposed to be. The gay guy was fairly annoying, and his out-of-nowhere confession was just bizarre. I was relieved when Alissa cut him off by saying they couldn't be doing this right now. Nice to hear someone talk sense in a type of movie where people normally behave like morons. Even better that it was a girl. The monster itself looked pretty good. I was pleased that the effects were mostly practical and not lousy CGI. There was a bit too much yelling and screaming and arguing, but that's to be expected in a movie like this. I must say, though, that cabin didn't look like it could stop an 8-year-old from breaking in, let alone some kind of super beast.

RMKReviewed in the United States on July 5, 2014
4.0 out of 5 stars
Definitely worth a look-see.
Verified purchase
ANIMAL exceeded expectations. While there's nothing necessarily new about it, it's a good old-fashioned monster movie with a capital M. Throw two groups of people, both of whom encountered and were chased by the beast, into an abandoned cabin in the woods, toss in some personal conflicts between them, let it simmer as they try to keep the beast out, and voila, tension, action, and numerous shocks ensue. What IS the beast? No answer; the most explanation you get is that the deep, dark, beautiful woods of the area will soon be vanishing almost completely through development, and the already dwindling landscape has forced critters of all kinds, known and unknown, into a smaller and smaller expanse. Whatever it is, it's discovered the taste of man, and it's hungry for more. Yes, ANIMAL has that "who's next on the menu" dynamic, that "who lives and who dies" plot line. But it's well-done, with effective direction, cinematography, effects, and capable performances by the entire cast. My only quibble was the tag ending, the last few seconds of it - necessary for a sequel, perhaps, but my God, how many times have we seen, or read, the identical sign-off of a horror story? Still, that aside, it's well worth checking out.
26 people found this helpful

OzziealReviewed in the United States on October 8, 2016
3.0 out of 5 stars
It's all been done before.....
Verified purchase
There's nothing really wrong with 'Animal' except that it does absolutely nothing new.

A group of young friends venture out into the wilderness for a hike and end up meeting a nasty creature. They are herded into an old house where they are picked off one by one. Sound familiar? This is the problem. If you've seen any of these 'run around and scream' movies you've seen this one too. This may be a bit harsh, as it isn't the cheapest production around and the creature is very well done. But there isn't anything to really set the film apart. There could have been an attempt to explain how and why the creature was there and how it had in fact evolved. And there is another group of people who are brought in (really just as more 'food' for the creature and to bulk up the time) who also have no explanation or back story. These were wasted opportunities to do something (anything) original.

But it is what it is. If you have never seen a creature movie before you might find this fun, and will appreciate the good creature design. If you have a surround sound setup you could appreciate the decent 5.1 sound and the way this helps set the scene with forest noises and creature sounds coming from all around the sound stage. But otherwise, this is strictly by-the-numbers horror.
8 people found this helpful

Avid readerReviewed in the United States on July 9, 2019
2.0 out of 5 stars
Stupid people acting stupidly
Verified purchase
It probably would have been better if all were killed off in the first five minutes, but no such luck. This movie didn’t plow any new ground, and fell back on some very tired cliches. In favor of the movie was that the creature was not shown in much detail until towards the end of the movie. The movie atmosphere was moody and dark, with a snarling and growling menace outside the cabin where the small group is holed up. And attempts to escape didn't work out well. The monster is continually probing the weak spots of the cabin, adding to the danger. To often, when one member is being killed, the others simply watch and scream and do nothing to escape. And one knows members will be killed off one by one. I was intending to be gentle with the film, as it has its decent scares, but when Sean decided to make his confession, totally out of left field, that was too much, so two stars. Why they felt they needed to put that in the script is a total mystery.
One person found this helpful
See all reviews
Back to top
Get to Know Us
Make Money with Us
Amazon Payment Products
Let Us Help You
EnglishChoose a language for shopping. United StatesChoose a country/region for shopping.
© 1996-2022, Amazon.com, Inc. or its affiliates