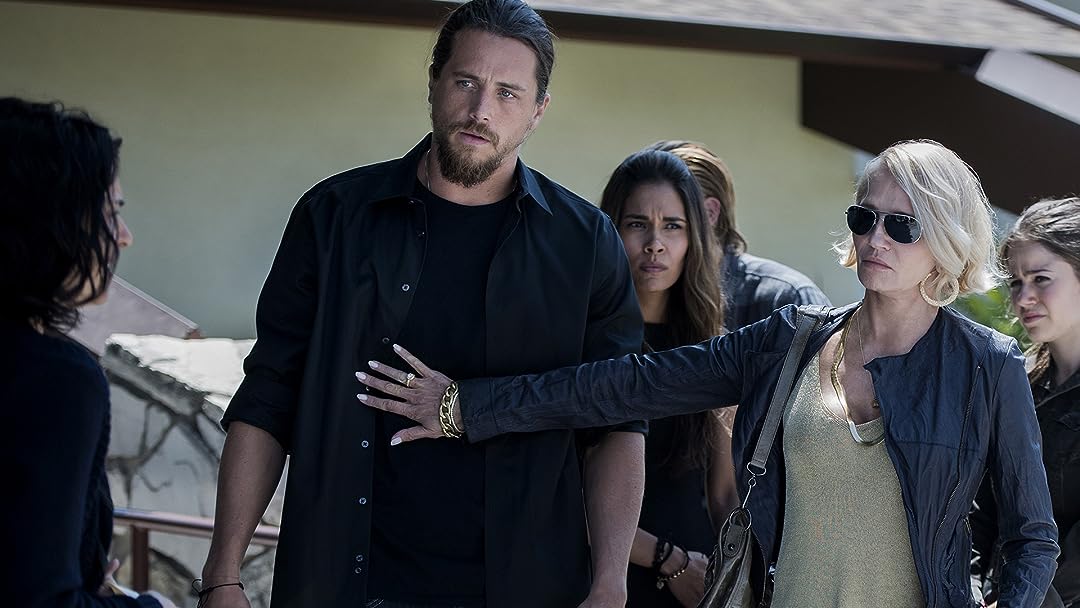 (528)
8.22017X-RayTV-MA
The Codys are back, and the ties that bind them are about to be stretched to the limit as Animal Kingdom returns for season two. As the second season opens, the Cody clan is back to their old ways and in the midst of a fun, high-adrenaline heist. But when things don’t go as planned, the family dynamics become more fractured than ever as some members advocate for independence from Smurf.

GReviewed in the United States on May 17, 2017
4.0 out of 5 stars
Weary to check it out because I liked the movie so much, but it was worth the watch.
Verified purchase
Exciting show and Ellen Barkin is phenomenal in this role, I have always gotten an Angie Dickinson vibe from her which i love. The detectives are more annoying, something that differs from the movie. I found myself rooting for the detective in the movie but the family in the tv show, but that pretty much has to happen if they want to keep going with this show.
13 people found this helpful

Janny HReviewed in the United States on May 10, 2017
5.0 out of 5 stars
Great
Verified purchase
An awesome series!!! I If you like series like Breaking Bad, then this is worth watching. I like Ellen Barkin in this. Its a good role for her.
8 people found this helpful

infopleaseReviewed in the United States on July 30, 2017
4.0 out of 5 stars
Entertaining series
Verified purchase
I'm really enjoying the horrible family life portrayed in Animal Kingdom. The cast does a great job of presenting a corrupt group of people yet constantly has me hoping they won't be caught as you see the humanity in each of them at times. Maybe the exception being the Mother, portrayed excellently by Ellen Barkin. I really don't see any redeeming qualities in her, she is a lying manipulator who uses her children against each other to control them and get what she wants. She has no qualms about having people killed, even her son's wife, and uses another very disturbed son to accomplish this.
7 people found this helpful

Kaley QuinnReviewed in the United States on July 18, 2017
4.0 out of 5 stars
Worth watching
Verified purchase
This was an interesting, engrossing show that I ended up binge-watching (both seasons!) There's some great acting here, especially from Pope and Smurf (yes, Ellen Barkin plays a character named Smurf). All of the characters are both unlikable (they are criminals, after all) but also likable or even admirable (though of course you still want to see them get taken down eventually). I thought Season 1 was a bit better than 2 but they are both still worth watching. (And, for those that may be interested, there are some hot guys on this show!)

I am interested to see where all the various plot threads end up, and I'm hoping for a Season 3!

SamanthaReviewed in the United States on July 15, 2017
4.0 out of 5 stars
Season Two
Verified purchase
I got hooked with season one then innocently started watching season two. The next day I saw that I had been charged for the season two episodes. Really? Seems a little bait and switch to me. But as far as the show goes, it's great. Never a dull moment. Ellen Barkin is phenomenal in her role, controlling her grown thug sons like children. This season they aren't taking it, at least that's the plan and the only plan they can all agree on. It should be interesting to see who wins out. I'm voting for mommy dearest.
2 people found this helpful

Mrs. DiamondReviewed in the United States on March 23, 2019
5.0 out of 5 stars
Got to love the boys and their Mother
Verified purchase
Love, love, love this show! All seasons are great acting and it is not your typical storyline. Recommend you watch for some good entertainment.
One person found this helpful

Ellie KenworthReviewed in the United States on September 12, 2017
4.0 out of 5 stars
i hate that i like it
Verified purchase
i hate that i like it, but Ellen Barkin is amazing. High end crime, raunchy wretchedness and eye-candy guys and gals on the California coastline. it's 'crime family entertainment tv ' without any attachment to the characters. I let it play while I solder jewelry and I look up from time to time when Ellen Barkin is on screen.
6 people found this helpful

Great show. Look forward to it each week. Best thing on tv in summer but would do great in prime time during regular season. Love season 2 - more in-depth with all family chapters.