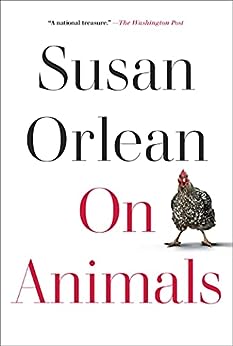 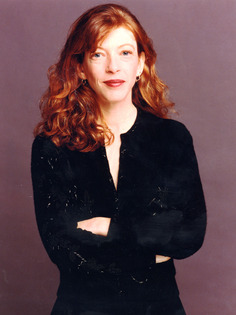 Susan Orlean—the beloved New Yorker staff writer hailed as “a national treasure” by The Washington Post and the author of the New York Times bestseller The Library Book—gathers a lifetime of musings, meditations, and in-depth profiles about animals.

“How we interact with animals has preoccupied philosophers, poets, and naturalists for ages,” writes Susan Orlean. Since the age of six, when Orlean wrote and illustrated a book called Herbert the Near-Sighted Pigeon, she’s been drawn to stories about how we live with animals, and how they abide by us. Now, in On Animals, she examines animal-human relationships through the compelling tales she has written over the course of her celebrated career.

These stories consider a range of creatures—the household pets we dote on, the animals we raise to end up as meat on our plates, the creatures who could eat us for dinner, the various tamed and untamed animals we share our planet with who are central to human life. In her own backyard, Orlean discovers the delights of keeping chickens. In a different backyard, in New Jersey, she meets a woman who has twenty-three pet tigers—something none of her neighbors knew about until one of the tigers escapes. In Iceland, the world’s most famous whale resists the efforts to set him free; in Morocco, the world’s hardest-working donkeys find respite at a special clinic. We meet a show dog and a lost dog and a pigeon who knows exactly how to get home.

Susan Orlean has been a staff writer at The New Yorker since 1992. She is the New York Times bestselling author of seven books, including The Library Book, Rin Tin Tin, Saturday Night, and The Orchid Thief, which was made into the Academy Award–winning film Adaptation. She lives with her family and her animals in Los Angeles and may be reached at SusanOrlean.com and on Twitter @SusanOrlean.

Susan Orlean has been a staff writer at The New Yorker since 1992. She is the author of seven books, including Rin Tin Tin, Saturday Night, and The Orchid Thief, which was made into the Academy Award–winning film Adaptation. She lives with her family and her animals in upstate New York and may be reached at SusanOrlean.com and Twitter.com/SusanOrlean.

4.2 out of 5 stars
4.2 out of 5
92 global ratings
How are ratings calculated?
To calculate the overall star rating and percentage breakdown by star, we don’t use a simple average. Instead, our system considers things like how recent a review is and if the reviewer bought the item on Amazon. It also analyzes reviews to verify trustworthiness.
Top reviews

Karen Davis, PhD
1.0 out of 5 stars Smug "Love" for Animals
Reviewed in the United States on October 13, 2021
As for this superficial set of essays by Susan Orlean assembled in “On Animals”: The type of "love" Orlean patronizingly has for animals is the type conventional reviewers love to praise and promote since it conveys, falsely but comfortably, that you can "love" nonhuman animals the way many white people in the South "loved" their African-American slaves while supporting their victims’ enslavement against their will (of course) and forcing them, through legalized torture and terror, to work or die or be sold. Orlean speaks of the animals she is "fascinated with" as if they were nothing more than objects for her amusement while ensuring that complacent readers will be unfazed by the human brutality and animal suffering she describes and supports. She shows no true respect for our fellow creatures, making her book just one more self-satisfied effusion that goes nowhere but back to the beginning. So much for the globetrotting aspect.
Read more
47 people found this helpful
Helpful
Report abuse

Lori L. Fox
3.0 out of 5 stars Doesn’t deliver as expected but still readable
Reviewed in the United States on November 10, 2021
Verified Purchase
The introduction of this book begins promisingly: “…I was always a little animalish” and ends even more so: “I think I’ll always have animals and I think I’ll always write about them. Their unknowability challenges me. Our affection for them intrigues me. I resist the urge to anthropomorphize them, but I do think they know something we don’t about living elementally. I’m happy to be in their company.” Because I couldn’t agree more with these statements, I was j trifled but the book and couldn’t wait to start reading it. I’m sorry to say that by the time I had finished it, I was disappointed that the promise of the introduction didn’t materialize by the last chapter. While Susan Orlean writes intriguingly about diverse animals such as chickens, tigers, lions, panda bears, dogs and donkeys, many of the stories seem disjointed and lacking a conclusion. There was no thread tying them all together, and I really can’t say that I sensed any kind of “animalish” attraction to any of them aside from Orlean’s affection for her chickens. Happy endings are replaced by Hollywood imagery for example in the story of Keiko the killer whale star of Free Willy. While Orlean claims he was successfully reintroduced into the wild, internet research shows that he actually succumbed to pneumonia in Norway not long after he left captivity.

Sadly, this book, while still readable, left me cold and unconvinced of the author’s “animalishness”.

Robert J. Stone
4.0 out of 5 stars A Charmer
Reviewed in the United States on October 18, 2021
Verified Purchase
I suppose my fondness for Susan Orlean comes, at least in part, from the fact that we were both English majors at the University of Michigan at the same time. And her voice on the page resembles my own. So I am not annoyed by the fact that some of these stories reference times decades in the past and are not contemporary in any way. But the whole affair is so good-natured and presented so lovingly that it really doesn’t matter. You could certainly pass your reading time in worse ways.
Read more
6 people found this helpful
Helpful
Report abuse

joanne
2.0 out of 5 stars Mediocre
Reviewed in the United States on October 17, 2021
Verified Purchase
Random stories disconnected about animals with a few personal chapters about her own farm animals but nothing more okay but overall disappointing
Read more
6 people found this helpful
Helpful
Report abuse

H.K. Leberri
5.0 out of 5 stars Susan Orlean - Winner of Long Hair, Open Mouth Division
Reviewed in the United States on November 19, 2021
Verified Purchase
Susan Orlean just doesn't know how to disappoint. I fell in love with her writing when I stumbled onto The Orchid Thief years ago. When she smells a Holy Grail, she follows the scent until she's neck-deep, personally involved, for good or bad. On the cover of her newest book, On Animals, there's a black and white chicken, a Dominique, the kind we West Texas kids called "Domineckers." The look on bird's red- framed face has to be the artist's impression of Susan, not Chicken Orlean (may the poor bird RIP). If you're "animalish" like Susan and me, you'll find the book enthralling. Or, if you're not animalish but just need a few hundred pair of frozen goat feet, this book's for you. - James Gary Vineyard, author of The Grave on Peckerwood Hill
Read more
Helpful
Report abuse

Sidd Vicious
5.0 out of 5 stars wonderful as usual
Reviewed in the United States on November 23, 2021
Verified Purchase
A collection of magazine essays in New Yorker style on the topic of various animals. No blockbusters here, but Orlean—as always—writes like an angel
Read more
One person found this helpful
Helpful
Report abuse

L.
5.0 out of 5 stars What I ordered, I got
Reviewed in Canada on October 30, 2021
Verified Purchase
Book came on time and was what I expected.
Read more
Report abuse
See all reviews
Back to top
Get to Know Us
Make Money with Us
Amazon Payment Products
Let Us Help You
EnglishChoose a language for shopping. United StatesChoose a country/region for shopping.
© 1996-2021, Amazon.com, Inc. or its affiliates