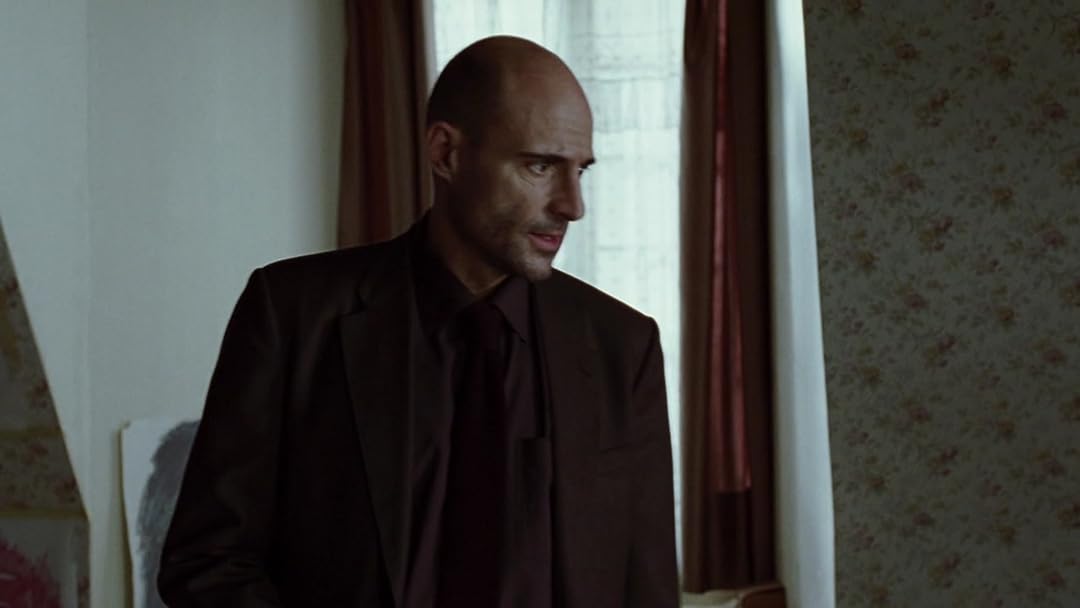 (631)
6.51 h 38 min2014X-RayR
A man with the ability to enter peoples' memories takes on the case of a brilliant, troubled sixteen-year-old girl to determine whether she is a sociopath or a victim of trauma.

gary77blueReviewed in the United States on January 28, 2018
5.0 out of 5 stars
like: Was Anna really a sociopath or not
Verified purchase
This is a movie that you have to pay very close attention to. This is a multi layered story and there are memories within memories. I thought that the ending was decently satisfying and it actually did answer most of the questions posed within the movie. Other questions, like : Was Anna really a sociopath or not, have to be left up to the moral judgement of the viewer. One also has to ask oneself just who the real protagonist is and who actually is telling the story to who. It might also help to consider that "remembering" is not a simple recalling of facts but actually a creative act. Researchers have shown that people's memories are quite mutable and more often than not, factually inaccurate.

Pay especial attention when John Washington explains the memory retrieval process to Anna. What he says to her has great importance in understanding what goes on later.

Otherwise, I found the movie to be quite compelling, intense and haunting.

L. AdamsReviewed in the United States on November 22, 2018
5.0 out of 5 stars
An imaginative journey into the mind's nooks and crannies
Verified purchase
"Anna" is I think set in the near future where character John Washington, played by actor Mark Strong, is lured out of his self-imposed retirement to use his psychic forensic detective skills to help a troubled 16-year-old Anna, played by a Taissa Farmiga, find her way out of a swirling, undefined childhood charybdis. I "felt" the film in addition to watching it. There was unusual imagery mixed with scenes shot with hand-held cameras, subtle symbolism and a well-modulated soundtrack. The director, writers and cinematographer all have excellent credentials. "Anna" has been described as atmospheric, using atmospheric as a negative. Not with me. The film totally immersed me in Anna's world. There are no car chases or shootouts, but this film is nevertheless a real detective story. Instead of running down fingerprints and DNA for evidence, memories are tracked down, sorted and verified. Some of the dilemmas that character John Washington faced reminded me of the ones that Robin Williams' character faced in the similarly themed film, The Final Cut. I guess this film is unusual enough not to be for everyone, but I was genuinely intrigued throughout and in the end, moved. Well worth the time.
13 people found this helpful

David KearbyReviewed in the United States on November 14, 2018
3.0 out of 5 stars
Interesting Plot with Factual Errors
Verified purchase
Overall, I enjoyed the movie but was frustrated with the things that were overlooked. For one, it is stated this takes places in the USA but the city is clearly Montreal. Second, the car driving through the gates of the estate didn't have a license plate. Also, the main actor was watching a television show in French yet we are to believe he is an American. Also, the television news report of the senator states he is "found NO guilty." These are silly mistakes that show this is a lower budget film. It definitely has the feel of a foreign film but they try to convince you (not very well) it takes place in the USA. Why not just state it takes place in Canada? That would have made more sense to me. They show a city that clearly isn't in the USA and don't even put a license plate on the car. Just silly.
8 people found this helpful

Mort PayneReviewed in the United States on June 17, 2021
3.0 out of 5 stars
Much Promise, Not Much Delivered
Verified purchase
This film had an interesting premise, and it did a good job at building intrigue. The acting was decent, and the production was okay. Unfortunately, the story frequently either contradicts itself or leads into multiple, never resolved, dead-ends. The ending is abrupt, anti-climactic, and completely unsatisfying, and further ruined by the super-cringy moment of the eponymous Anna turning to look directly at the camera.
3 people found this helpful

EowynReviewed in the United States on March 27, 2021
4.0 out of 5 stars
Enjoyed it allot but too many unanswered questions at the end for me.
Verified purchase
Really enjoying the movie so far but he meets the parents and I start saying WTF?
Finished the movie and am demoting it to 3 stars. Reason is at the end of review.
Spoilers for 20-25 minutes into the movie. This is where I stopped to wright this review. I’m giving it 4 stars at this point I am hoping to change it to 5 stars but who knows.

Just at the beginning of the first memory session and I’m already disturbed by what I perceive as abuse.
Ok she cuts herself and this seems to justify 24 hour monitoring. Such an extreme lack of privacy added to being isolated from a normal life completely justifies a hunger strike. It’s the lack of privacy that concerns me the most.
She’s 16 nose picking, butt scratching, breast self exam, masturbation, tampons, crying, laughing, dancing, singing, and a hundred other little things.
The warning bell went off for me when he was asked to sign a non disclosure agreement.
He should be obligated to abide by the same laws a therapist or psychiatrist does. This means client patient confidentiality already (as a minor I’m not sure if this applies to her parents) and if a serious crime is involved or might occur it must be reported.
Just a few examples are, has a gun, built a bomb, victim of or committed an act of serious abuse, has knowledge of a serious crime about to be or has been committed.
Finished the film.
Who pushed the woman down the stairs and why?
Tracheotomy would have been surgically repaired leaving only a scar not a hole.
So not cutting but a suicide attempt or making it look like it? Why if that’s what got her confined to the house? She could have faked her death much easier while attending boarding school.
Who was her accomplice was there one/who was following him?

L.BenzReviewed in the United States on August 20, 2020
3.0 out of 5 stars
Too many unanswered questions!!
Verified purchase
Ok so who was Mousey? Did she exist as Anna's friend? Real or in the dreams? Who was the mousey girl in the photo album? How did therapist get out of jail? Thru the other mind game guy? Why was Anna running around free as a bird? How'd she get rid of the camera guys who monitored her? Where were they? How'd she think water related to the therapists wife and how was the wife alive at the end? What the hell was going on with the beach house? Real or not real?
Thoroughly confused.
4 people found this helpful
See all reviews
Back to top
Get to Know Us
Make Money with Us
Amazon Payment Products
Let Us Help You
EnglishChoose a language for shopping. United StatesChoose a country/region for shopping.
© 1996-2021, Amazon.com, Inc. or its affiliates