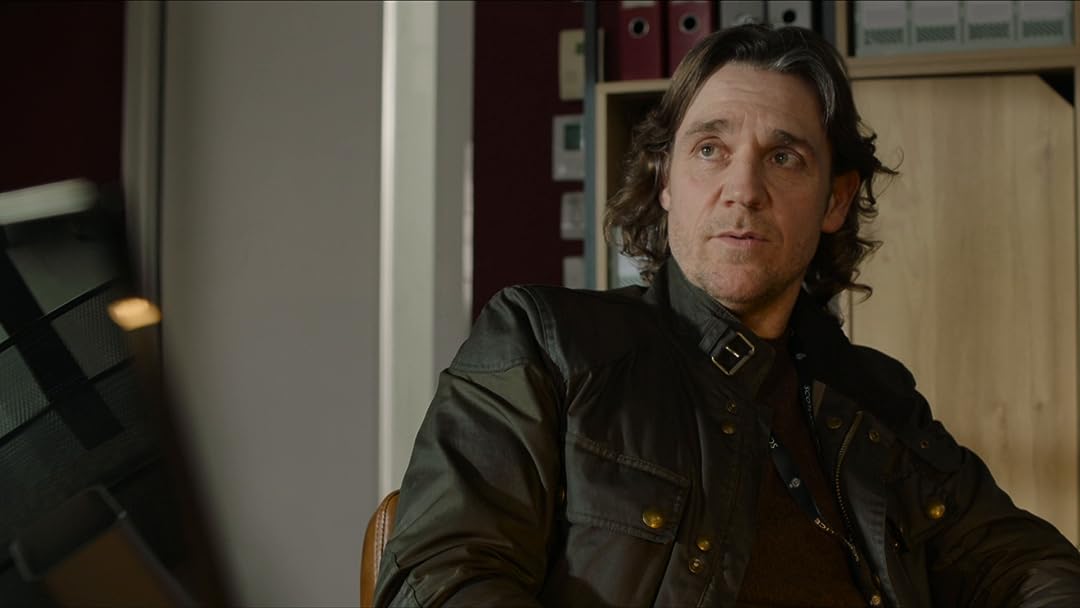 Season 1
(138)
2021X-RayTV-14
DI Annika Strandhed, the new head of the Marine Homicide Unit, takes viewers into her confidence, sharing her wry observations on the case and her life, as she balances solving cases, managing a new team, and raising a brilliant yet complex teenage daughter.

Literally LiterateReviewed in the United States on April 19, 2022
4.0 out of 5 stars
WHO IS CALLING BY WHOSE NAME?
I'm wondering why the name "Christ" is being used as an expletive in this, & many British series, along with other choice 'American' expletives. But having admired Nicola Walker since I first saw her in a series in the 1990's, it is particularly difficult to hear "Annika" using the name "Christ" in that way.

At least a word derived from the "frig" word (?) replaced the growing (like a pandemic virus!) ever-more-popular-in-every-language-f-word, that permeates every realm of American society. SOME restraint was shown; please, show MORE so as not to offend those of us who hold the name of Christ sacred!

It seems tasteless & sloven to substitute 'meaty' dialogue with these kinds of 'filler' words. Why not use the name of the person to whom you are talking?

There have been enough great movies that DO NOT practice this short-cut. I'm beginning to prefer watching them repeatedly than to watch, now polluted channel series & movies. It is refreshing to watch older period British & American film (video), such as Sanditon, than to try to glean meaning from the dialogue that ensues.

Annika's asides are a welcome hear coming from this great actress! More of her with personal-to-the- audience-dialogue, elevate the series ONLY because she does it so WELL!

Polish this up cleanly, replacing unecessary with quality as befits all the gifted acting. It could be a classic.
49 people found this helpful

AlyssaReviewed in the United States on April 18, 2022
5.0 out of 5 stars
Engaging, delightful characters -- even the bad guys are really good. Snappy comments, clever humor
Wonderful twists in a great new series. Walker is delicious as the protagonist detective, a clever woman with an off-beat way of talking aside to the camera. Nicely developing relationships, nothing blatant or vulgar, just warmth and humor, self-restraint, even. Lovely landscapes, no prolonged driving or staring or meaningless time-wasting filler shots. Action sequences are well choreographed and tight. Keep this series coming, please.
25 people found this helpful

E. ThomasReviewed in the United States on April 20, 2022
5.0 out of 5 stars
Nicola Walker aces every show she's in
Love Nicola Walker. This show suits her...Annika Strandhed, detective work but on water and witty in a smart way. Her whole team is in on it. Great cast. I had to use captions to get past the Scottish accent but loved the Scottish culture. So different than British. Her daughter is great. So matter-of-fact. I agree...they needed like 10 episodes. When is Season 2?
19 people found this helpful

CB2Reviewed in the United States on April 22, 2022
2.0 out of 5 stars
Very Disappointing
I love Nicola Walker but this show does not hang together. The breaking the fourth wall format has been done much better--here it is just distracting and off-putting. No chemistry between the cast members and the plots are terrible. Walker is not good in this. And no one else is good in it either. Dreadful writing, bad format, the only good part was the scenery.
24 people found this helpful

JANReviewed in the United States on April 17, 2022
4.0 out of 5 stars
This should be your next binge.
Glorious Glasgow scenery, wonderful Nicola Walker, a new kind of police force and a sexy co-star. I'm a Noir fan and I thought this would be that. It's not. More of a cozy mystery with clever humor. The cast is excellent. The mysteries are good. I wish there were more episodes. I would give 4 1/2 stars if possible. The only complaint, I do not like characters talking to the audience. On the plus, the comments are very clever and generally move the narrative. Nicola is a treasure. Try it. I believe you will not be disappointed.
14 people found this helpful

D. NobleReviewed in the United States on May 2, 2022
5.0 out of 5 stars
Hope there is a season 2
Great mix of Scottish scenery (filmed around the Clyde), interesting characters and twists in the plots.Really enjoyed this. Annika (Nicola Walker) talks directly to the camera filling in a lot of detail that would otherwise be hard to include in the script. Really like her her understated humor. For those that want more we can wait hopefully for there to be a Season 2, or go to BBC Sounds and listen to Annika Stranhed audio "plays".
12 people found this helpful

ShadowMoonReviewed in the United States on May 16, 2022
5.0 out of 5 stars
Brilliant adaptation of the BBC Radio production
I have loved the Annika Stranded series on BBC Radio. It is very well written by Nick Walker and performed by Nicola Walker. Not only are the stories good, but the way Annika interacts with the listener pulls one into the story. When I saw that the series was being turned into a TV show I was worried that it would lose the things that has made this program a joy to listen to.

Having now watched the entire Season 1, I can happily say that the production is well done and keeps the things that are special about Annika. It was a bit jarring at first to have voices and faces for all of the characters, as compared to the radio production, which is solely voiced by Nicola Walker. But each actor does a good job, especially Jamie Sives as Michael. I wasn't sure having Annika's baby boy in the radio production become a 16 year old girl would work, but this relationship adds more complexity to Annika's life (not that she needs any).

And I absolutely LOVE that they kept the asides that Annika does with the audience. This pulls the audience into the show and makes us a part of the story. The philosophy and history brought into the story with these asides also adds to the show.

Nick Walker and Nicola Walker (not related) are brilliant together. I hope there will be a Season 2.
8 people found this helpful

Teri McCarthyReviewed in the United States on May 4, 2022
1.0 out of 5 stars
I Wanted To Like It!
Walker is one of my all-time favorite actors. Scotland is one of my all-time favorite places. Crime drama is one of my all-time favorite things to watch. BUT THIS...is absolutely dreadful. It has more loose ends that my grandma's old cardigan. And the talking into the camera, clever at first, but quickly became irritating. And what's up with the mother/daughter relationship?!? I was predisposed to like this series, but now I hate it. It's a no go! It's the love child of deconstructionism and the new woke.
11 people found this helpful
See all reviews
Back to top
Get to Know Us
Make Money with Us
Amazon Payment Products
Let Us Help You
EnglishChoose a language for shopping. United StatesChoose a country/region for shopping.
© 1996-2022, Amazon.com, Inc. or its affiliates