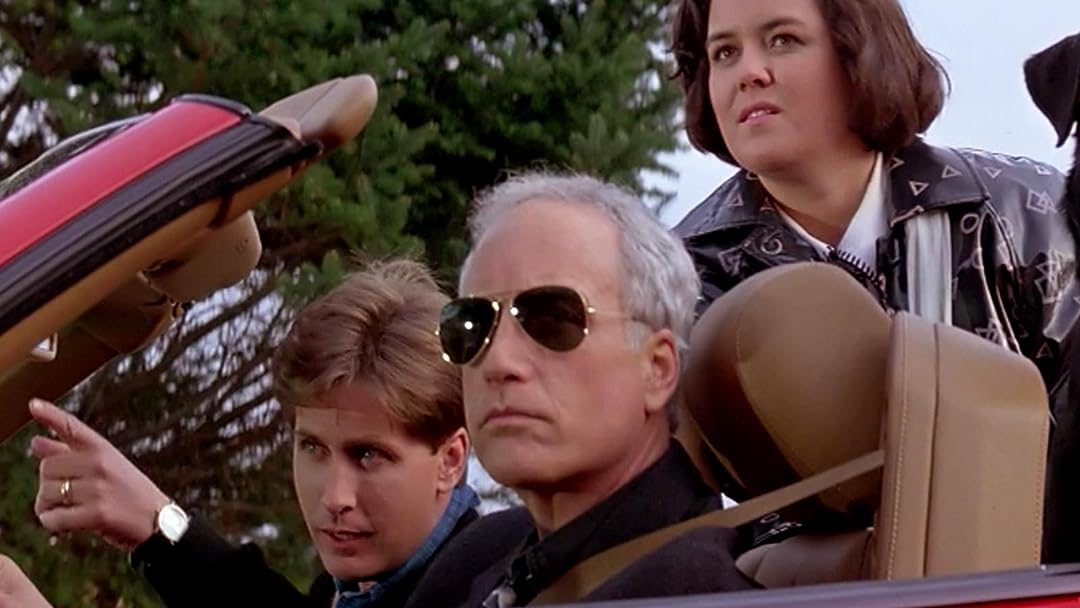 RuthReviewed in the United States on October 1, 2022
5.0 out of 5 stars
Love this old movie! Very funny!
Verified purchase
Funny show!

Chris WittReviewed in the United States on August 12, 2022
5.0 out of 5 stars
Rosie kills it!!
Verified purchase
A childhood favorite. This is the 2nd after Stakeout. I didn't really like the 1st one but Another Stakeout is in a league of it's own hehe. Adventure and comedy... doesn't get much better

bobbyReviewed in the United States on June 15, 2021
4.0 out of 5 stars
Good entertainment
Verified purchase
Not the best example of cinema. I get that. If you saw the first movie and enjoyed it, this is even funnier. Rosie is funny. The back and forth with Dreyfus is special. Check out the camera POV when the cat is being chased. Funny.

Scrooge McDuckReviewed in the United States on May 29, 2011
3.0 out of 5 stars
No moustaches
Verified purchase
I watched the original Stakeout many times when I was 12 years old. I was 13 by the time the sequel hit the cinemas. I saw it at the now demolished UCI Cinema at Kinnaird Park in early 1994. The fact that it was a PG compared to the R-rated original didn't bother me (I wouldn't have been able to see it otherwise).

Chris and Bill are back, joined by then-closested Rosie O'Donnell and her big dog. A mob witness may or may not visit old friends for protection on the beautiful Pacific-Northwestern Bainbridge Island. Our heroes are in the house opposite and their sit-and-wait chore is all the more difficult by their new third-wheel partner. The chemistry between Dreyfuss and Estevez is still perfect, and you really get the sense that these guys work together very well. Shame they don't have a lot to do.

The only big fault with Another Stakeout is that all of the action happens at the very beginning and very end, leaving a massive chunk in the middle for bumbling and low-brow amusement. It works, but it feels very underwhelming when compared to the original. For a belated, throw-away sequel it has a surprising amount of continuity with the first film, normally you don't get that. Stylistically however, this is completely different. Where Stakeout was dark, gritty, and rugged Another Stakeout is glossy with high-key anamorphic Panavision photography. Since the rating was lowered I guess it made sense to change the look of the film.

Another Stakeout languishes in a weird gray area. It's more than above average, but never really achieves any kind of greatness, and for that reason I have to rate it lower than the first.

Touchstone licensed the rights for the film to Mill Creek for release on Blu Ray and it's a big step-up from the DVD in terms of AV quality, this time presenting it in the correct 2.35:1 aspect ratio in lovely 1080p. The end credits claim the film was merely in 'Dolby Stereo in Selected Theatres' and the DTS HD-MA 2.0 soundtrack works just fine. There are no extras whatsoever, and the production design of the Blu Ray and the package is really quite poor. But what do you expect for a budget title? At least it doesn't come in a horrible eco-case.

Tony Limon IIIReviewed in the United States on January 12, 2022
5.0 out of 5 stars
Funny
Verified purchase
Again the 2main characters love them

Amazon CustomerReviewed in the United States on June 21, 2021
5.0 out of 5 stars
Received what I ordered
Verified purchase
We had these movies on VHS and were glad to be able to replace them since our machine no longer works. Everything went well with the order and they arrived in good condition and in time for Father's Day> Thank you!
One person found this helpful

Robert D. HatallaReviewed in the United States on April 21, 2017
4.0 out of 5 stars
The movie is a fun little film where 2 great undercover cops get stuck ...
Verified purchase
Was looking for an Old Rosie O'Donnell movie to watch to show my son Rosie from the 80's / 90's era.

The movie is a fun little film where 2 great undercover cops get stuck with a District Attorney that thinks she is "all that" when it comes to undercover yet she never has done an undercover job before. Anyway, great little "Oops, the bungling DA ruins the UnderCover sting" type movie. It's Pret-tae, Pret-tae, Pret-tae, Pretty good movie, 4 Stars ****
2 people found this helpful
See all reviews
Back to top
Get to Know Us
Make Money with Us
Amazon Payment Products
Let Us Help You
EnglishChoose a language for shopping. United StatesChoose a country/region for shopping.
© 1996-2022, Amazon.com, Inc. or its affiliates