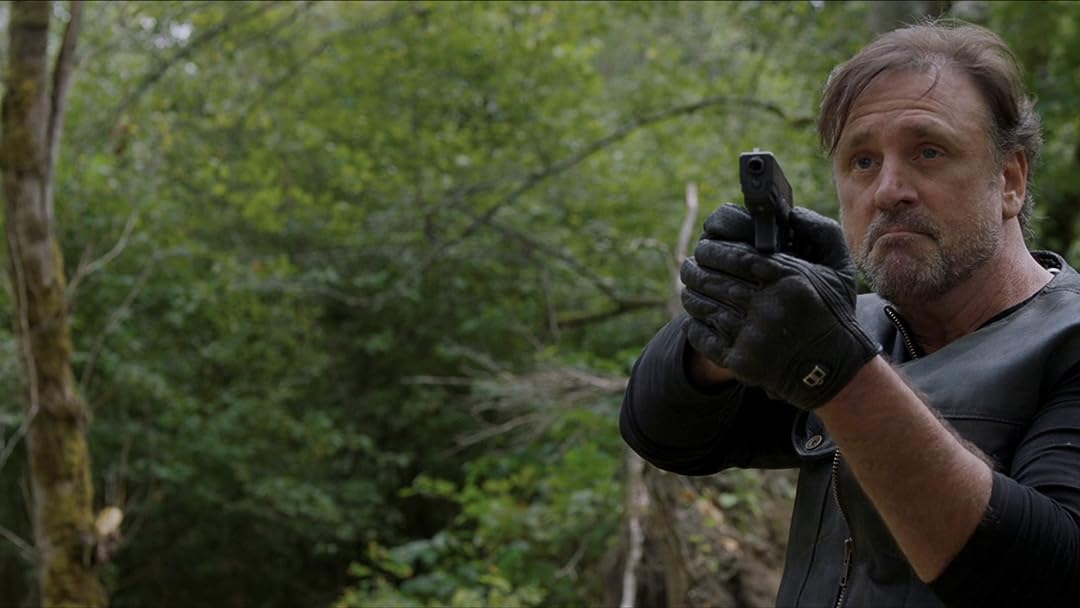 Justin LangerReviewed in the United States on November 13, 2021
2.0 out of 5 stars
You could save your time and eat a sandwhich instead
Verified purchase
I am surprised that after reading this story Bruce and the other guy didnt laugh and walk away. No, they made their choice to be in a movie that literally has been done better 16 times before. I had to write a review and I never write reviews. I dont have arms, I have to touch each key with my tounge.... Anyway 2 stars
18 people found this helpful

L'appel Du VideReviewed in the United States on November 29, 2021
5.0 out of 5 stars
How did this even get made?
Verified purchase
Who lost a bet, and who was cutting the checks? I give this ⭐⭐⭐⭐⭐ because it exist. The premise wasn't bad, buy the soundtrack, editing, holster and gear choices were eye-rolling. It's so BAD im going to make my friends watch it.
13 people found this helpful

Brooklyn PhantomReviewed in the United States on December 23, 2021
2.0 out of 5 stars
Interesting thriller.
Verified purchase
I enjoyed this film. Willis seemed to be having fun. McDonough chewed each scene up. He was all in. He did a great job. This film seemed to be about a crazy bunch of rich people who were hunting a convict played by Willis for kicks. It wasn't bad except for a totally weird song that was played at about 49.20. This song reflected the fact that Willis character was hallucinating. While hallucinating Willis begins to curse at nature. This is rather odd. He kills several mercenaries at the end but we mostly see Willis stunt double go on a killing spree. I wanted a big fistfight between Willis and MCDonough but they decided to have a shootout. I felt that this was lazy screenwriting. A cool fight during the films climax would've been a nice way to end the film. This film is about violent, rich people killing each other and hunting Willis while he cracks jokes. If that sounds interesting this film is for you. People are shot with arrows or bullets, stabbed, hit with an ax or blown up. No sex or nudity is featured.
One person found this helpful

JeremyReviewed in the United States on December 13, 2021
4.0 out of 5 stars
If looking for cheesy action film this almost perfect.
Verified purchase
The movie is as as bad as I hoped and that's a good thing. Everything but the end. This movie is really a 2 star horrible film that is wonderful to watch because you know what you're getting into. If only they knew how to end it. So while the film is actually just a smidge better than expected the ending is one of the worst endings I've ever endured. Read on for why.

The reason it doesn't have 5 stars and I thought of putting 1 star is the ending. The ending is so bad that it ruined the experience. While Bruce is promised his grandchildren will be taken care of and his freedom, there is no indication that the company followed through on its promise. Instead of fingers up at the end they needed to show him walking free or at least back in his cell or killed him. Three options other than the ending. All three would have been better and given closure.
Since this ins't a movie that should ever have a sequel and this isn't a cliff hanger ending it should have just a bit of closure. Just to know if the company is honest or not, or just let the bad guy win.

Public VoiceReviewed in the United States on December 6, 2021
1.0 out of 5 stars
Bruce Willis in the Woods
Verified purchase
If you are the type of person who likes to watch Bruce Willis walk around in the woods for about an hour and a 1/2 then this movie is for you this review involves spoilers so I'm telling you right up front that this entire movie is Bruce Willis walking around in the woods huffing and puffing and being out of breath while the hunters kill each other off that is it this is about the dumbest film that I've ever seen Bruce Willis playin
3 people found this helpful

Randy DockinsReviewed in the United States on December 25, 2021
1.0 out of 5 stars
Possibly worst movie I've ever watched
Verified purchase
Bruce Willis has proven he can act well in the past with the right script and all that goes into a really good movie. Well, this ain't one of those! It could have taken an entirely different direction, but some idiot writer made it go into a totally nonsensical direction. It's also clear not much time was taken and most of the actors were below average. It appears Bruce has gone to seed and is just making movies for whatever reason. I guess I'll have to start avoiding anything with him in it. That's a shame because he was one of my favorite actors in years gone by. I'm glad I watched this at no extra cost with the AMC 99 cent a month subscription so basically it cost me nothing which is about what it was worth.

Amazon CustomerReviewed in the United States on December 4, 2021
1.0 out of 5 stars
TERRIBLE
Verified purchase
Movies are very subjective but of all the Bruce Willis movies I have seen this is by far the worst. The worst acting, storyline, cinematography, worst everything. OMGosh it is so bad. I paid money to rent this and because of that I tried to watch it so as not to waste my money but could only make it half way. I just can't say enough bad about this movie. I wish they and a 1/8th star rating so I could show how i really feel.
2 people found this helpful

J. FutchkoReviewed in the United States on January 11, 2022
3.0 out of 5 stars
was ok upto the ending
Verified purchase
It was interesting most of the way through until the end. It's like they either ran out of money, writing talent, or both. I mean come on it's like a rip off of the one scene in RED. If this was an adaptation from a book and it didn't translate well into a movie, ok, but yeah. I won't say it was bad, but I felt like at the 3/4 finished mark it started going downhill FAST and it kept going until I was happy to see the credits start. No follow up with the grandkids, WILLIS getting of the island, the holographic child making any comments, WHERE's THE ENDING !!!!!!!!!!!!!!!!!!!
See all reviews
Back to top
Get to Know Us
Make Money with Us
Amazon Payment Products
Let Us Help You
EnglishChoose a language for shopping. United StatesChoose a country/region for shopping.
© 1996-2022, Amazon.com, Inc. or its affiliates