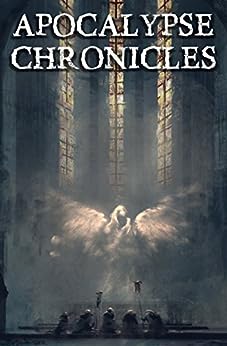 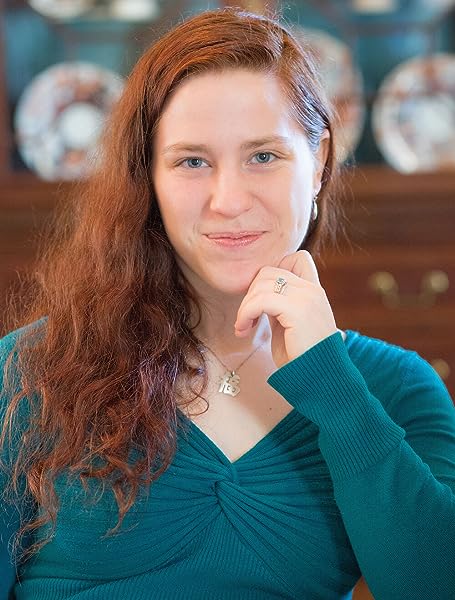 Apocalypse Chronicles brings together stories, memories, and endings. Woven together by their collective experience, each tale offers a unique and harrowing understanding of what the Apocalypse will mean for their world. Families, worlds, futures and pasts are explored in this unique anthology that brings together fiction from authors from across the globe.

Bear witness to the end of the world as you know it; but will you know how it will end?

The Rosebud by Paul Dawson
In the absence of light and electricity, the world has suddenly fallen to darkness. Not even the stars or the moon can be seen in the sky from the top of an office building. Harry has to decide whether to stay put with his fellow colleagues, or to follow Jacob into the unknown.

The Library by Adam Kirton
An ancient relic living in a bleak future, the Librarian, a grizzled suvivalist, must tend to his dying brother and his precious collection, fending off the horrors of the Wilds and the Old City.

Hope by Lydia Sherrer
A dark fantasy slant on a post-apocalyptic future where the rules of the jungle are truly “eat or be eaten”.

What Remains by Joanne Marjoribanks
Hours before the world is consumed by nuclear warfare, a young woman returns to a cherished place of her childhood and finds an unlikely companion.

Evlyn by Kevin Horsley
Twenty five years after a war that has devastated the human population, one young woman, having grown up in its wake fighting for survival, needs to find hope of a future or at least something to live for.

Crossing by Benjamin Abbott
A veteran survivor of the evacuation of Europe recounts one of his toughest days to a young interviewer.

Bring-your-kid-to-work Day by David J. Wing
When you choose to take your kid to work, it's best if he's not a little pain in the neck and you don't work at a nuclear missile silo.

Unearthed by Ben Wilmshurst
The final recorded messages from the International Space Station as Commander Michael King witnesses the destruction of humanity.

Pillar of Salt by Alison McBain
Scientists discover that the Earth has undergone a nuclear apocalypse in the future - or was it in the past?

...and may more, including:
Broken by Kasim
Human Denature by Daniel Takyi
Everything Old by Andrew Wilmot
The Blue Death by Steven Green
Enjoy the Pock-o-lips by Andrew Murray Aikman
To Elpis by David Kerr
Something to tell Jessie by John Lilley
The Drone Room by Nicolas Watson
Bad Apples by Katriona MacMillan
Last Night by Sheila Adamson
The War by Jade Dovey
Always the End of the World for Someone by Pete Sutton
A Veneer of Civilisation by Tim Robson
The Anatomy of Desire by Selma Carvalho
Four Horseman by Chris Iovenko
Before the Crack by Christopher Adams

All proceeds from this collection go towards running competitions for aspiring writers.</

Paul Dawson has been writing poetry and stories since he was young. Recently his reading and writing habits have been leaning towards a more literary style. He likes the idea of a story being more than just entertainment, and his interest in philosophy and classical works has broadened his outlook on what a story can be. He has had his work published in Under the Bed, Beyond Imagination and several other smaller independent magazines, including being on the shortlist for the Broken Worlds anthology released by Almond Press last year. He is currently working hard on a dystopian novel about a walled city shut off from the rest of the world, and of course nothing can keep him from writing short stories. At any one time he finds himself juggling many stories in his head, and is excited by the challenge of getting them out into the world. --This text refers to the paperback edition.

4.1 out of 5 stars
4.1 out of 5
50 global ratings
How are ratings calculated?
To calculate the overall star rating and percentage breakdown by star, we don’t use a simple average. Instead, our system considers things like how recent a review is and if the reviewer bought the item on Amazon. It also analyzes reviews to verify trustworthiness.
Top reviews

jeff
1.0 out of 5 stars Don't bother with this book
Reviewed in the United States on September 10, 2020
Verified Purchase
These are not stories, short or otherwise, for the most part.
They are incomplete fragments of stories.

scott
4.0 out of 5 stars Great quick reads
Reviewed in the United States on July 22, 2019
Verified Purchase
This was a terrific ensemble of short apocalyptic visions! I have read After the Fall and Dystopian Worlds by the same publisher and was happy with those as well. If you like apocalyptic short stories then grab this anthology. I just wish some of the of the stories were longer! Especially The Librarian, i would love to see that one expanded further.
Read more
One person found this helpful
Helpful
Report abuse

joe davis
4.0 out of 5 stars A good read
Reviewed in the United States on April 29, 2021
Verified Purchase
Great variety in story telling. Held my interest all the way through. I recommend it to anyone liking this type of story.
Read more
Helpful
Report abuse

Evan
5.0 out of 5 stars Excellent postapoc anthology!
Reviewed in the United States on May 5, 2016
Verified Purchase
Not only am I a sucker for anthologies, but I'm even moreso for postapoc ones. This is a good one.

Short glimpses into the end times, each story has something to offer fans of the postapoc and dystopian genre.
Read more
Helpful
Report abuse

Rudi du Preez
5.0 out of 5 stars Great read
Reviewed in the United States on April 26, 2020
Verified Purchase
I picked the book at random and didn’t expect much. As it turns out most of the stories are very good!
Read more
Helpful
Report abuse
See all reviews

Yetifeet77
5.0 out of 5 stars Chilling and thought provoking
Reviewed in the United Kingdom on April 4, 2016
Verified Purchase
Superb collection of short stories of dystopian fiction. For me, 'Before the Crack' alone is worth the purchase price. An unexplained crack in the sky is destroying Earth... and all people want to do is watch TV. The nature of the crack is never revealed, a black hole of man's own making? God's wrath? Realities/Universes colliding? The narrator's solipsism is a stark counterpoint to the horror unfolding just outside his window and is a clever take on how people are so obsessed with reality television and soaps and ignore the bigger issues in the world. The fact people complained about pre-recorded Jeremy Kyle was cancelled so ITV could cover the horrific bombings in Belgium so how little people do care about what is happening out there.
Read more
4 people found this helpful
Report abuse

Mr. Stephen A. Syder
5.0 out of 5 stars Dark but Interesting
Reviewed in the United Kingdom on May 20, 2016
Verified Purchase
Not my usual genre but I purchased the anthology because it was recommended by a friend. I'm glad I did. There are some dark but interesting and well-written stories in here. I particularly liked Something to Tell Jessie and Bring-your-kid-to-work Day. An anthology is a great place to start if you want to try a new genre.
Apocalypse Chronicles: Apocalyptic / Post-apocalyptic / Dystopian Short Stories (Apocalypse / Dystopia Anthology Book 3)
Read more
One person found this helpful
Report abuse