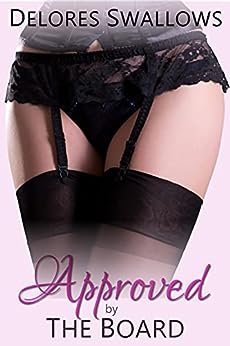 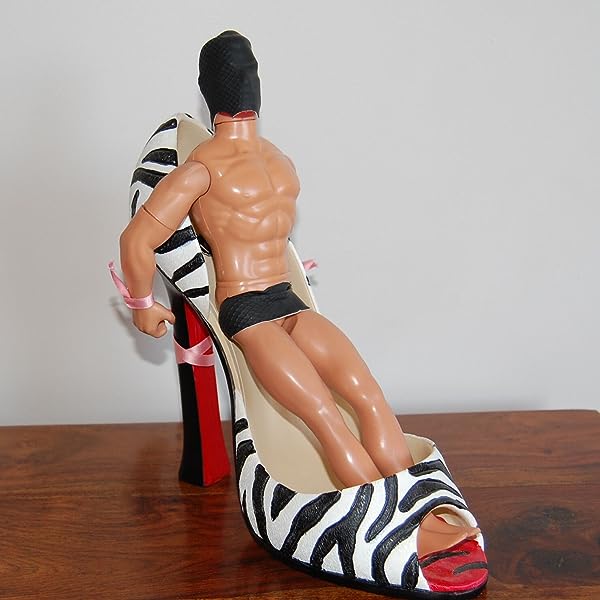 Approved by The Board: Her First Time Teamed (A Loaned Wife's Journey Book 3) Kindle Edition

by Delores Swallows (Author) Format: Kindle Edition
Book 3 of 4: A Loaned Wife's Journey
See all formats and editions
Sorry, there was a problem loading this page. Try again.
After Ciaran decided to share her with his business partner, Nicole knows it’s time to move on. Only her husband gets to share her. Ciaran was just her bull, and the bullpen’s full of alternatives for a beautiful hotwife—alternatives like the gregarious couple next door.
Unable to accept that their kinky times are over, Ciaran persuades Nicole to accompany him to Ireland on a business trip to charm a bank manager and join his firm’s get-together in Galway. Angered by his deviousness on the first day, Nicole makes him pay on the second, getting along too well with his colleagues for his liking.
Set against the backdrop of a global pandemic, Nicole finds just how good life as loaned wife can be. And her husband’s suggestion means that once the travel restrictions are lifted, her adventures will get even better...
Read more
Previous page
Next page
Next 2 for you in this series See full series
Total Price: $9.98
Books In This Series (4 Books)
Complete Series
A Loaned Wife's Journey
Kindle Edition
Page 1 of 1Start OverPage 1 of 1
Previous page
Next page

Delores Swallows has many dirty thoughts, and during his free time he writes them down in the form of stories. Born and bred in the northwest of England, he has a commoner’s accent and a bit of a crush on his future queen (Kate, not Camilla!).

His stories often feature petite brunettes, high-heeled shoes and voyeurism. He claims he didn’t realise these were obsessions until someone pointed out how often they appear in his work. Many of his stories feature couples exploring their fantasies and experimenting with wife-sharing.

If you would like to get a free story and updates on all new releases and promotions, simply join the mailing list by sending an email to delores@deloresswallows.com.

The admin at Facebook don’t like his pen name, but he does have a profile under the name of Delores Jones, and that profile has a page in the pen name: www.facebook.com/deloresswallows/

Paul Jones
VINE VOICE
4.0 out of 5 stars The Happiest Hotwife/Cuckold Story
Reviewed in the United States on June 25, 2021
Among all the hotwife/cuckold stories that Delores Swallows has written,” A Loaned Wife’s Journey” is surely the most complete in its portrait of a hotwife and her supportive husband. As the first book of the series begins, the wife, Nicole, is deeply in love with her husband. However, though sex with her husband is exciting and fulfilling, she desperately desires sex with other partners. Fortunately for Nicole, her husband, Julian, has a cuckold mentality and reveals that he fully supports her wishes. Nicole is, thus, able to both love her husband and pursue her desires for varied sexual relations. While the setting of the story is the experiences of a married couple, the story focuses on the development of the sexual identify of Nicole.

From the very beginning of the novel, Nicole exhibits traits of a hotwife. As she embraces more fully the persona of a hotwife, existing traits deepen and others develop. Nicole is never in love with any of her extra-marital partners. She seeks sex with persons she likes, but as she says repeatedly, it is just physical and there is no permanence to the relationship. Also, Nicole, loves the whole routine of sex: dressing in sexy clothing, teasing, flirting with a potential lover, the adventure of the sexual chase. It makes the Nicole feel wanted. And then there is the pleasure of the actual sex, and the thrill from doing it in diverse ways, which becomes ever more prominent in Nicole love making. When a hotwife knows that she can engender sexual desires in others by using all of the behaviors described above, then her self-assurance grows. Certainly, Nicole’s does. At the story’s beginning, Nicole yields to the seductive powers of a suave and sexy executive. She is excited at the idea of being seduced. As the story ends, Nicole knows that she can use all her erotic powers to make herself nearly irresistible. She is not egotistical, but she does supremely enjoy seducing both men and women, breaking down any resistance, and self-assuredly guiding the love making. Nicole has sex with whom she wishes and ignores those who don’t respect her, regardless of their position. In the final scene, Nicole, certain of her sexuality, dreams of spreading her libidinous wings ever wider through increasingly diverse sexual encounters.

A critical key to a successful hotwife/cuckold relationship is the openness between the wife and husband. They must share their fantasies and their affairs, in complete detail. In fact, intimacy is critical to any marriage, regardless of couple’s sexual orientation. And after a few bumps at the beginning, Nicole and Julian are doing just that. Honesty breeds ever greater intimacy between the two and their love and trust of each other grow. Nicole and Julian are full partners in their sexual lives. They support each other for who they each want to be, and simultaneously strive to make each other’s sexual dreams come true. Nicole's last two sexual liaisons described in the book, while orchestrated by her, are completely Julian’s fantasies. The two are symbiotic in their sex lives. As the story ends, the couple is more in love than they ever have been.

Thus, I appreciate much about “A Loaned Wife’s Journey.” But the story is not truly realistic. Life just does not work out so conveniently. One pleasant sexual affair after another, with just an occasional disturbance that is handled with no real negative consequences. For example, Nicole dumps her husband’s boss as a lover, and the boss does not take it out on Julian. Hardly realistic. Part of the reason Nicole is so successful in her sexual adventures is that she is beautiful, exceedingly so. Thus, once Nicole signals her willingness for sex by beginning to flirt, seemingly no one can resist the idea of having sex with the beautiful Nicole. Many women need to live with the reality that their appearance does not inspire such sexual desires. Julian’s income grows exponentially during the story, so Nicole can easily afford all those sexy, expensive clothes, cease to work and have more time for her dalliances. As the story ends, there is the promise of global travel and the opportunity for affairs with intriguing foreigners. Most of us have many more worries about our finances, which limit what we can do and impacts our emotional well being. Nicole’s work never overwhelms her. At the end of the day, she can always sit back and sip peacefully a glass of fine wine. She never chugs down a drink just to leave behind the day's stresses, which would make her less than pleasurable company. Julian, in turn, never comes home in a foul mood, wanting to waste an evening watching trash on TV, ending up by ignoring his wife. Nicole and Julian do have a short period of adjusting to complete transparency about her affairs and his need to know, but it is quickly resolved. From that point on, they seem effortlessly to be always happily relating to one another. Neither ever seems to do anything to upset the other. In reality, most people’s lives are filled with difficulties, failures, voids, small acts of selfishness that make it difficult to always be as warm and caring as Julian and Nicole always seem to be. We all misjudge the behavior of others, and believe the wrong things about them. For all practical purposes that never happens to Julian and Nicole. Swallows’ stories about relationships that do not work well are much more enjoyable to me. I think about “Night Visits” and “Web of Deceit,” or even “Midnight Mirror.” I can not write fiction, and certainly Delores Swallows can. Nonetheless, I would recommend that he make his stores truer to what the rest of are actually living.
Read more
Helpful
Report abuse
See all reviews