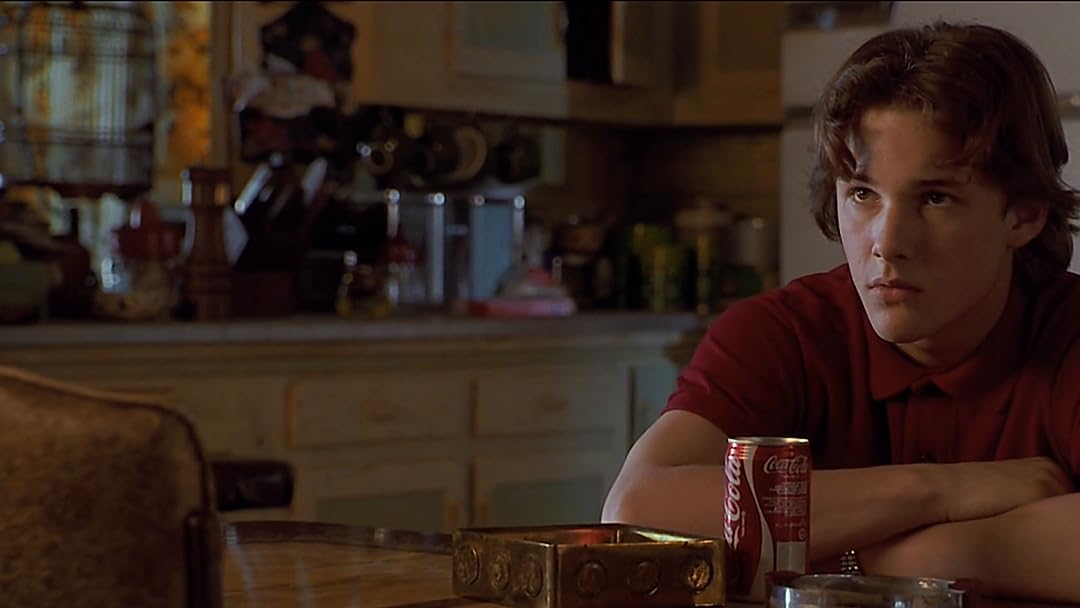 (1,166)
1 h 51 min1998X-RayR
A sixteen-year-old honor student discovers a Nazi war criminal in his hometown and exchanges a vow of silence for an in-depth look into the Nazi's sinister history. Based on the novella by Stephen King.

EdReviewed in the United States on November 2, 2017
4.0 out of 5 stars
Challenging Yet Rewarding
Verified purchase
Apt Pupil can be a challenging and interesting movie, but only if you give it a chance. I've read some reviews here and elsewhere that complained about a lack of seriousness and gravitas in terms of dealing with what is emotionally charged subject matter (Nazism and the Holocaust) and although I can see why some people might feel that way, I think they are missing an important point. The calloused and indifferent tone the movie strikes towards handling the subject matter is supposed to be a reflection of Nazi mindset writ large. This is a story and a movie that wants its viewer to understand the power of psychology and history. And instead of aggressively preaching to the audience about what they're supposed to be thinking, Apt Pupil allows them to reach their own conclusions about why someone might have acted the way they did in this scene or that scene. It also doesn't try to wrap everything up in a nice, neat bow, the way most Hollywood movies do. Some people just don't like that in that a movie, which is fine. But if you're the kind of person who likes delving into intense subject matter without having your hand held, this will probably be an enjoyable movie for you. The biggest reason why I did not give it five stars is due to stylistic shortcomings rather than any defect in the concept or its handling. At times, the direction and the pacing seem a bit clumsy. But other than that, a solid movie.
9 people found this helpful

JMPReviewed in the United States on April 19, 2019
2.0 out of 5 stars
If you like the book don't watch this movie, they changed and left out a lot of great parts
Verified purchase
I rated the book five stars but like all Grisham and King books they left out a lot of important parts and/or changed a lot of good parts, but this is the worst example I've come across yet.

They left out the parts about the bad dreams. The book was set in the 70s and this was set in 84. In the book they showed Todd growing up from being a jr high student to being in college and in the movie he was a high school student the entire time.

They totally ruined the ending.

Save yourself the time and money and don't bother watching this movie. However read the book, it's very exciting and it's a pretty fast read and doesn't take much longer to read the book than to watch the movie.

joel wingReviewed in the United States on July 29, 2021
3.0 out of 5 stars
Meeting evil face ot face
Verified purchase
Apt Pupil is another adaptation of a Stephen King story. It’s about high school student Brad Renfro facing what he thinks is the ultimate evil a former Nazi played by Ian McKellen. What Renfro wants from McKellen is to hear a firsthand account of the Nazi atrocities. The question is why is Renfro doing this and what is he getting out of it? More importantly how is Renfro changed by the experience? Will he transform into a monster like McKellen or is this just some sort of perverse interest in a dark side of History? It definitely makes for an interesting movie.

KLKReviewed in the United States on January 18, 2021
5.0 out of 5 stars
Not a fan of Steven King but...
Verified purchase
I enjoyed this film a lot. It's a cerebral movie. I like how the power was going to the boy's head and he was using that power over the old man much like the elder had done in WWII. Power corrupts... absolute power corrupts absolutely. The movie builds and builds... and the final scene with his Guidance Counselor was a superb way of capping off this intense story. And the parents I presume will remain completely oblivious to it all.
One person found this helpful

brandonReviewed in the United States on January 27, 2021
3.0 out of 5 stars
Thinly Veiled Subtext of Grooming
Verified purchase
Yes, the surface story is about a boy's fascination with an ex-Nazi. The subtext however, which is only thinly veiled, is that of a pedophile grooming a teenage boy. It is blatant and sick stuff, especially given the decades long history of allegations against the director, some of which stem from the shooting of this movie.
One person found this helpful

Patrick SelitrennyReviewed in the United States on April 20, 2007
5.0 out of 5 stars
Chilling and very believable. A King's Classic...
Verified purchase
Stephen King's modern Horror story comes to life and it chills your bones.

A student wanting to know more about the Nazi past of a retired old man, who hides under a false name and identity makes for an already very good story, but when it goes farther than this, and it stretches into blackmail and absolute psychological evil, that's when it becomes explosive.

Ian McKellen as the former Nazi Officer, is absolutely brilliant and adds a chilling reality to the role he plays.

His entire development and subsequent transformation from a weak old man into his former self throughout the movie, is to say the least a masterwork of acting.

He plays his role to the fullest and one could almost feel some kind of eery enjoyment in doing so. It is a devilish appearance and this confirms the multi-faceted talents of a Great Actor as McKellen rightfully is.

Brad Renfro, although playing his role with honesty, is far less threatening as one may wish, although he adds a component of freshness to his role, in which we can honestly believe.

Younger generations can, at times, be very cruel, but don't many times, fully understand or appreciate the risks and dangers connected with reopening old wounds in elder people.

It is a very interesting social case study, very well developed by director Bryan Singer, who is a very good storyteller and paces all his movies in such a way, as never becoming stale.

It is shocking to see that at times, fiction foretells reality.

But this is not just a thriller or a psychological horror movie, it is far more. It is a warning.

Let the past rest, learn from it, but do not conjure it up again, or you will pay the consequences...

I can only recommend it, but be adviced, this is a most disturbing movie. It has no gore, no true blood in it, but it could grasp you by the throat if you are not more than watchful.

Careful for what you wish for, you may even get it...
4 people found this helpful

Mac191Reviewed in the United States on January 17, 2020
4.0 out of 5 stars
Great late-night choice!
Verified purchase
Excellent acting, very disturbing and one of my new fav films!! This began as the young student grew curious about an old man living quietly in his neighborhood. After some old-school research, the boy pays a visit to the senior and its off to the races! The more the boy prods, the more the old man shows some drastic personality traits.
If you’re a King fan, it’s a must-see. If not, you may well be once you finish watching.
One person found this helpful

R-Suarez-Reviewed in the United States on July 16, 2005
5.0 out of 5 stars
Masterfully executed!
Verified purchase
Based on a Stephen King novel, `Apt pupil' directed by Brian Singer tells the story of a hunted Nazi who is identified by a sixteen year old student. The student rather than reporting to authorities his discovery, attempts to blackmail the old man: he won't tell anyone if he tells him stories from the dead camp he was in charge of.

This incredible thriller takes some surprising twists as the story unfolds. The acting is superb, Ian McKellen as Dussander (the Nazi fugitive) and Brad Renfro deliver some of the most disturbing sequences of the film, from the stories being told by McKellen (excellent flashback scenes) to the sequence in which he wears the Nazi uniform again, the performance delivered by these two actors is one of the highlights of the film.

A story of how evil may present in the less expected ways and how a teenager falls under the clutches of the Nazi killer he thought he had under control. The directorial style of Singer is all over the film, the score composed by John Ottman is the perfect complement in some of the key scenes. Some of Singer `regulars' are here on brief cameos and there is the special appearance of David Schwimmer (even though he tries to portray a serious character, the stigma of Ross Geller won't leave him) Bottom-line, an excellent thriller filled with surprising twists, excellent sequences from the Nazi's dead camps and a shocking ending.

The DVD comes in both Widescreen and Full screen versions. Special features in the DVD are a `making of' documentary, cast and bios and the theatrical trailer. English 5.1 and Dolby surround available with subtitles in English only.
19 people found this helpful
See all reviews
Back to top
Get to Know Us
Make Money with Us
Amazon Payment Products
Let Us Help You
EnglishChoose a language for shopping. United StatesChoose a country/region for shopping.
© 1996-2022, Amazon.com, Inc. or its affiliates