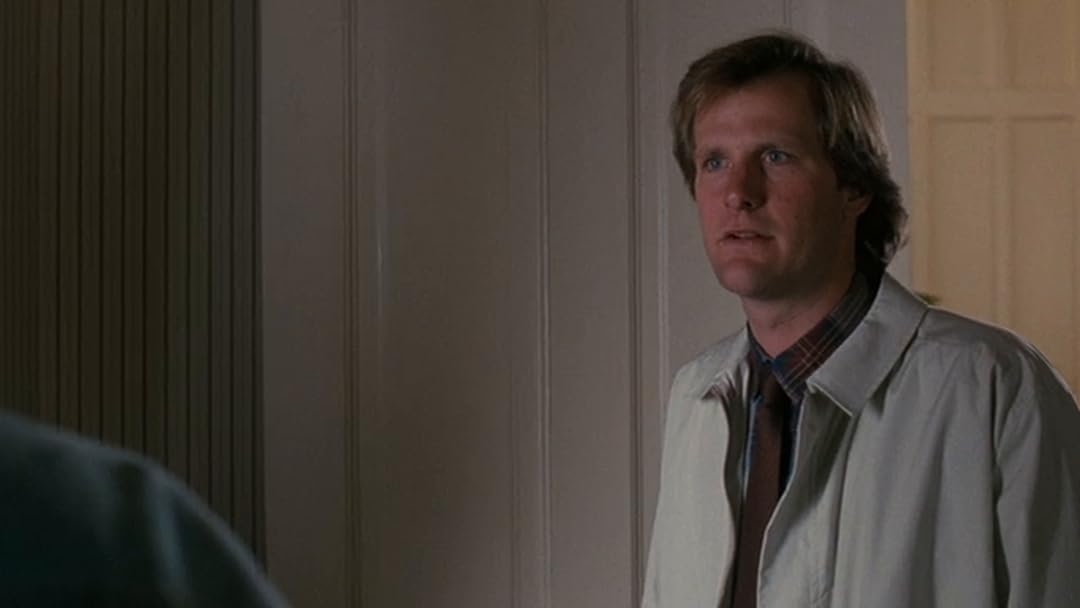 Linda LeeReviewed in the United States on January 31, 2021
5.0 out of 5 stars
Excellent real spider thriller
Verified purchase
I don't like spiders. Yet for the past three or four months I've watched all the spider movies easily on my 16 inch laptop. The screen being small helped a lot. I would have to say that knowing they were all CGI spiders made the biggest difference in those spiders not scaring me.

My son tells me I do "saturation therapy" by checking out big picture books from the library and watching videos on the internet to cope with the things I'm afraid of. He's right.

What got to me though, in this movie, was the use of real spiders, and there being so many of them.

I had to keep consoling myself that there are people who raise spiders, snakes and other creepy crawlers for use in videos and movies. These spiders belonged to someone. LOL That's the only way I made it through this plus the small screen.

demonsRendangeredReviewed in the United States on October 25, 2021
4.0 out of 5 stars
Enjoyable cast and atmospheric music
Verified purchase
This is a pretty good movie about how a deadly spider in South America stows away in a coffin and ends up in a small town in America. It breeds with a domestic house spider and creates a deadly strain of spiders that bring terror to this town.

They did a good job with casting and creating atmosphere with the movie's soundtrack. Jeff Daniels stars as the town doctor who discovers that the recent deaths in their town are due to spider bites. John Goodman is the town exterminator and plays the role just as well as other roles he's had in movies. Always great seeing him perform.

I think what really elevates this movie is the fact they used real spiders. I kinda wish there had been more trivia to check out for this movie on Amazon's digital movie player. Better yet, it would be great to watch a behind the scenes documentary for this film. I vaguely remember seeing one on HBO when I was a kid back when this movie was new.

I give this movie a fairly solid 4 stars. It's very enjoyable but for me it's not something I'd watch every couple of years. I actually have a moderate case of arachnophobia and this is more of a therapeutic watch for me that I felt I needed. In real life, spiders terrify me. Watching them on screen is actually somewhat benificial as I can see their behavor without the increased anxiety *sometimes*. Not sure if I'd recommend it to anyone with an advanced case of arachnophobia but if you're like me and fall into the moderate case then maybe have a watch. It's not as scary as I'd thought it would be.

D.H.Reviewed in the United States on October 27, 2020
4.0 out of 5 stars
THEY'RE SPIDERS! THEY SHOULD COME UP WITH A NAME FOR PEOPLE THAT ARE NOT AFRAID OF THEM INSTEAD!
Verified purchase
I am beyond petrified of spiders! I would literally rather be in a tiny space full of huge snakes, than to be in a huge room with ONE tiny spider! I will let them be if they already have a home in some corner, but the second they go looking for a new corner their butts are mine! Of course, if they're big enough I can do anything because I am frozen solid, so this movie regardless of how many times I see it still gets to me. I also don't understand everything they went through to protect the stupid things, THEY'RE SPIDERS, not cats & dogs, so what if you squish a few (thousand) there's plenty more where they came from. The reason I gave it only 4 stars is because of the moments of just sheer ridiculousness like the screaming and screeching coming from the spiders. Or how it was basically out to get people. It even knew that if it killed someone it would be able to hitch a ride in the coffin, because the bags and such would've been searched! Or how Daniels somehow managed to start a fire with wine, which I can comprehend how they thought that that was a bright idea. The only people who could possibly believe in something so asinine would be kids who don't know any better. That must've been some wine! There are quite a few more, but you'll see them for yourself as long as you're watching the movie, because the that's the only way to miss them is if you're not watching it because they're just that obvious. All-in-all it's still a good movie, even if you are deathly afraid of those terrifyingly evil, multi-eyed, 8 legged creatures of nightmares!

Mando37Reviewed in the United States on July 5, 2018
5.0 out of 5 stars
A piece of childhood :)
Verified purchase
This was my childhood movie it both scared and entertain me. The story involves a doctor who moves into a small town and basically this big venomous spider from South America crossbreeds with a common house spider and makes a terrifying new breed of spider that start killing off the locals and it's up to the doctor to find the nest and put a end to the this small man killer
9 people found this helpful

joel wingReviewed in the United States on September 5, 2020
4.0 out of 5 stars
If bugs and spiders creep you out then Arachnophobia is your kind of scary movie
Verified purchase
Arachnophobia was a great horror movie about deadly and aggressive spiders. It starts in South America with an American photographer being killed by one of them. When his body is shipped back to the U.S. a spider goes along with him infecting an entire town. The movie becomes a battle between spiders and humans.

The movie does a good job creating tension. Of course that’s easy with spiders who usually creep people out. First there’s just one and then they grow. It’s fun seeing how they knock people off. Plus they add interesting characters like John Goodman as an exterminator who adds some levity.

If bugs and spiders creep you out then Arachnophobia is your kind of scary movie.
2 people found this helpful

SeattlerainReviewed in the United States on October 31, 2021
5.0 out of 5 stars
Good Family Halloween Fun!
Verified purchase
I had not watched this movie since 7th grade and decided to sit down with my tweens today and watch it for Halloween. I was surprised how well this held up! Scary enough to provide many jump scares and "oh no don't put your foot in that slipper!" moments but nothing gory, overly sexualized or morally disturbing. Just good scary fun! My kids LOVED it and I am pleasantly surprised how much I did too. It has been 31 years but this movie doesn't feel dated or cheesy. It is quite well done!

Ian T. RobertsReviewed in the United States on June 9, 2021
2.0 out of 5 stars
What is with the structre of this movie?
Verified purchase
It takes 20 minutes to get to the main characters and setting of this movie. Why. WHY? Who wrote this? It's like if Jurassic Park opened with a 20 minute scene of miners digging up amber. I saw this as a kid and remember being disappointed (they sold it as a John Goodman movie but he doesn't show up until 48 minutes in) but I can't imagine 8 year old me sitting through the painfully boring and inconsequential pre-first act act. Skip the first 20 minutes and its some decent early 90s cheese.
2 people found this helpful