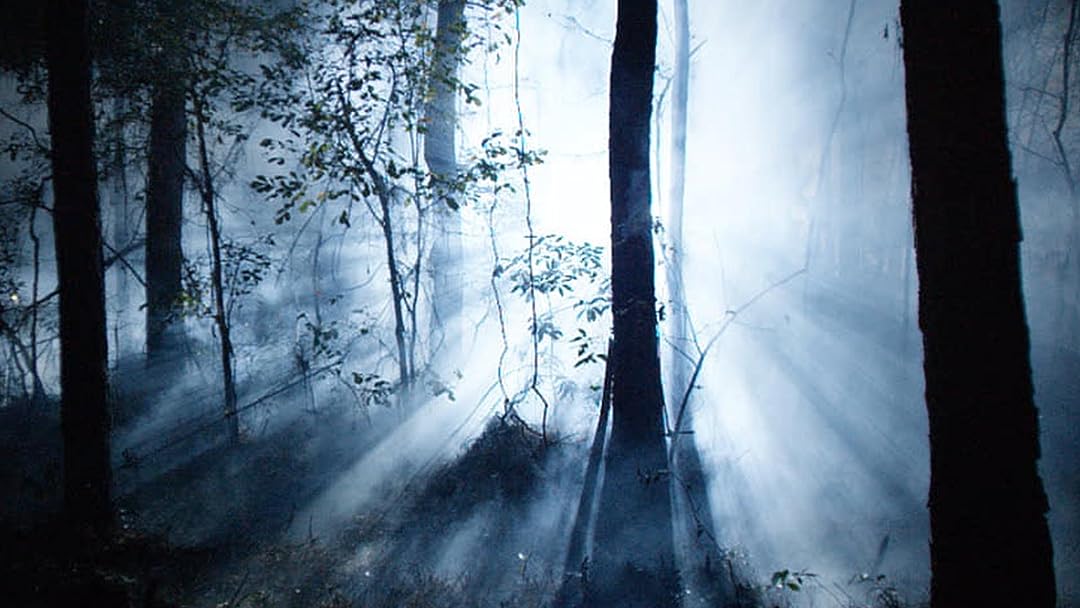 (68)
4.11 h 32 min201718+
An adventurous married couple and an injured hunter are held captive inside a claustrophobic tent by a supernatural threat. For an unknown reason, the tent has become their only safe haven. Soon tensions rise inside the Arbor Demon and the truth about the attacker is revealed.

M.AnnReviewed in the United States on July 27, 2020
3.0 out of 5 stars
Surprisingly good monster movie
Verified purchase
This movie surprised me. I was expecting your typical monster in the woods picking off the campers, with the bonus of Jake Busey, but that was not what I got. I love original monsters like this! Here you have a couple on their two year anniversary on a romantic camping weekend before he goes on a six month band tour. She's pregnant and hasn't told him, and every time she tries to talk to him about anything serious, he calls her a buzz kill. Further murdering their weekend, Jake Busey and his hick hunting buddies, and weird calls in the trees. And cue the monster. Jake Busey's character finds shelter in their tent...and continues to be a jerk but he does have an idea what's after them, thanks to his crazy Aunt Millie's tall tales, and for some reason, the monster is not going after the tent itself. It seems more intent on keeping them in it. While the ending didn't completely surprise me (I'm tough to surprise), it wasn't the predictable conclusion to these types of films, and I really liked the make-up effects on the creature. No CGI, just good prosthetic work.

Edward ZReviewed in the United States on June 16, 2020
4.0 out of 5 stars
Surprisingly good and not slow at all like some of the reviews say...
Verified purchase
A couple camping in the woods come under attack by some strange creatures and end up in siege situation with an extra obnoxious Jake Busey. (I'd rather just take the monster but anyways.)

So if you're like me and thought that this meant they were trapped in the tent for most of the movie... don't worry they aren't. The three do spend a fair amount of time in there but there's a lot of other places in the movie too.

The couple's relationship dynamic is a big part of this movie and unlike other movies, it never felt forced. It's interesting and actually plays a part in what unfolds so it is not just there for filler either.

As for the creatures themselves, well... They look incredibly creepy with the behind the tree shots but when they are out in the open they then look incredibly silly instead. They still somehow manage to work and remain a threat throughout despite it though.

The acting is good, the character work was surprisingly well done, and the horror elements outside of the creature effects were pretty good too. I wasn't expecting much with this one but it hit the mark.

LeoXReviewed in the United States on July 25, 2021
2.0 out of 5 stars
Great makeup effects...
Verified purchase
Great makeup effects. The "creatures" are well done. Some decent plot elements. The rest has...issues. If you know nothing about camping, hunting, firearms, firearm safety, and basic medicine this is probably enjoyable. If you know anything about the above...well, the movie brings some pain.

(Example / spoiler -- one of the "is he good or bad" characters gets an open femur (thigh) fracture. A quick wrap of a gauze bandage and he is pain free and late able to (apparently) walk. The other main male character gets shot in the leg (thigh) and is largely crippled / useless from that point forward (not to minimize the wound, but absent of an arterial bleed out the open fracture is much worse)

Star GirlReviewed in the United States on February 9, 2017
5.0 out of 5 stars
Unique, pleasant surprise
Verified purchase
This is a refreshing—the acting is fantastic (Jake Busey in particular is just a blast to watch), much is done with leaving things to the imagination (which is much scarier), the reveal at the end is justified, the script is tight, and it has layers to it—it’s got a lot to say, symbolically, about running from your responsibilities, or “refusing to grow up.” I like films that are intelligent, and this is definitely one—though it’s a totally light romp if you choose not to look too deeply. I'm on a weekly horror podcast, so I have to watch a lot of stuff that's disappointing. This was one of the best things I've seen lately. I’ve pre-ordered the DVD and it’s definitely in the running for one of my top films of the year. If you’re looking for an entertaining ride on a night when you want a nice big bowl of popcorn, this is for you.
7 people found this helpful

D. WilliamsReviewed in the United States on September 24, 2018
3.0 out of 5 stars
Inconsistent at times, but interesting
Verified purchase
Interesting movie, with a bit of a different take on creature features. Kind of odd that nobody seems to have thought it strange, or at least think enough about finding an abandoned tent out in the middle of the woods, which was obviously left by someone who had intended to come back, since all of the belongings were still in it. It was also quite odd that both the husband and the stranger thought that the one gun they had would protect them, when it already hadn't done much good earlier in the movie for another group of people. An inconsistency in the storyline, or something we were not supposed to notice? I don't know, but while there were a lot of slow spots in it, particularly in the first part of the movie when I almost wanted to fast-forward past, it did finally pick up the pace a bit once the couple set up camp, and even more so about half way through. It was a good story, and kept me entertained to the end.

STCNBReviewed in the United States on May 22, 2019
3.0 out of 5 stars
Started out good.
Verified purchase
Was ok until about 3/4 of the way through then things went spiraling downward! Would have been an ok movie but the ending ruined everything. Don't waste your time on this movie!
3 people found this helpful

Air Force BratReviewed in the United States on May 24, 2020
5.0 out of 5 stars
Good
Verified purchase
Not your run-of-the-mill scary stories. More like violent mossy elves love pregnant women. Acting not bad at all. Shots of the forest, beautiful. One thing kept my attention: Kevin Ryan is the spitting image of Ted Bundy. He is the perfect actor to play Bundy if another picture is ever considered. Ryan is more handsome, but still a doppleganger.

Honest ABEReviewed in the United States on March 31, 2020
4.0 out of 5 stars
Definitely NOT a one star rating
Verified purchase
At least it has 3 stars for me. Enjoyed most part of it, then it started to slow down past the half way mark. I thought it was good for the most part, then again this is the second time I saw it. So I wanted to give credit to the film makers, directors, actors/actresses, and directors. I'll give a generous rating.
See all reviews
Back to top
Get to Know Us
Make Money with Us
Amazon Payment Products
Let Us Help You
EnglishChoose a language for shopping. United StatesChoose a country/region for shopping.
© 1996-2021, Amazon.com, Inc. or its affiliates