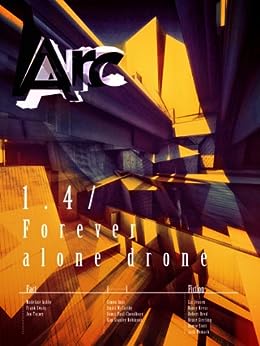 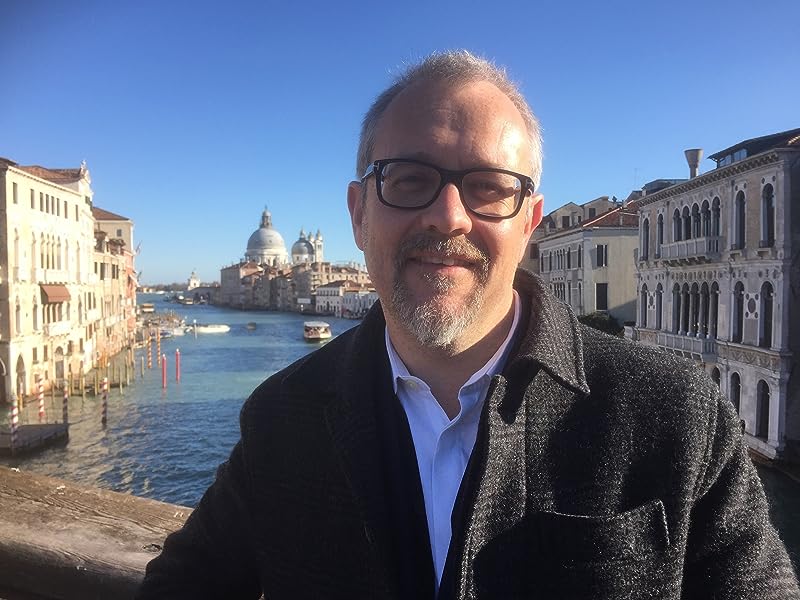 4.0 out of 5 stars
4 out of 5
11 global ratings
How are ratings calculated?
To calculate the overall star rating and percentage breakdown by star, we don’t use a simple average. Instead, our system considers things like how recent a review is and if the reviewer bought the item on Amazon. It also analyzes reviews to verify trustworthiness.
Top reviews

This is the forth installment, be sure to go back and get them all.

Mike
5.0 out of 5 stars Sci-Fi fans will love this
Reviewed in the United States on January 9, 2013
Verified Purchase
I like science and sci-fi; I like Arcfinity. I just picked up this edition, 1.4, and it has thought provoking essays and top notch short stories.

'Magazine about the future' is as ambiguous as it is apt. There's a lot of well grounded big picture thinking from people who'd be the ones to ask. This magazines is quite the delight.
Read more
One person found this helpful
Helpful
Report abuse

Cate Peterson
5.0 out of 5 stars Fair and throrough
Reviewed in the United States on February 10, 2013
Verified Purchase
This article is informative and disturbing. I really enjoyed the contextual placing of such a massive change to the way we live . The potential of drones is so overwhelming and to what ends we use them from here on in is completely reliant on the state of human evolution. If we can hurry towards an intelligent understanding that we are all one on this planet Drones can fulfil a need to protect and watch over us all. If not heaven help us all. Thank you Frank
Read more
One person found this helpful
Helpful
Report abuse

Amazon Customer
4.0 out of 5 stars Best Arc collection so far
Reviewed in the United States on January 14, 2014
Verified Purchase
So many interesting and imaginative ideas explored throughout. The title story is especially thought provoking. I had not read much SF for many years - these Arc collections make me think I should pick it up again.
Read more
Helpful
Report abuse

Dave Brown
2.0 out of 5 stars Not That Impressed
Reviewed in the United States on March 14, 2013
Verified Purchase
I don't know where to begin, I was looking for something less dystopian. I guess in todays world of gloom and doom headlines, we should not expect much else?
Read more
Helpful
Report abuse
See all reviews

Feral Robot
5.0 out of 5 stars Exploring Modernity
Reviewed in the United Kingdom on January 15, 2014
Verified Purchase
I purchased Arc 1.4: Forever Alone Drone after I saw an advert for it in New Scientist. I was impressed by the quality and insightful nature of each piece, many of which led me to see an existing thing, idea, concept or futurist prediction that I was already aware of in a different way, providing an analysis or interpretation which I had never thought of before (and I often devote hours to thinking about the future, being 13 years old and thus likely to witness many futurist predictions in my lifetime). Many of them dealt with current trends, groups and projects which are closely related to technology or the future (e.g. drones, urbex (urban exploring), the creation of a digital fortress to preserve 'internet sovereignty'). Each piece, with a star rating out of 5 in brackets, follows:
- Showtime, Jon Turney (4) - an interesting look at futurism itself.
- Exchange, Robert Reed (5) - Alternate history which explores how, whilst still following Kurzweil curves, if the Cold War had gone differently, we might be following them in a very different way...
- #foreveralonedrone, Sumit Paul-Choudhury(5) - a particularly strong title piece, about drones - unsettling, immensely useful, good or bad, they are the future.
- Good To Go, Liz Jensen (4) - A very interesting story on mind access before death, based around the idea of dying happy but with a disturbing potential.
- Beyond The City Limits, Frank Swain (5) - Our city spaces are becoming ever more constricted, by cameras, razor wire, TRESPASSERS WILL BE PROSECUTED signs. Is it any wonder, then, that there are a group of people who set out to explore the most forbidding bowels of the city?
- We Can Do This, Nancy Kress (5) - Based around a complex personal story of love, loss and cryogenics, a short story which reaches the conclusion that technology removes responsibility - but also gives, sometimes, too much.
- Escape From LA, Madeline Ashby (3) - Ashby recounts her personal experience of losing her passport, and how these crises can be so - and increasingly - problematic. I felt that it was a little to anecdotal, and many anecdotes proved nothing.
- A Robot Walks Into A Bar... (4) - Love affair with a (sentient?) robot, so skillfully written that the plot cliche is more acceptable, which manages to explore some of the darker sides of the human social landscape.
- Shedding Skins, Kim Stanley Robinson (5) - Ultralite technology, now seen only in hiking, could be part of a greener, more efficient future way of life.
- City/State, Simon Ings (5) - excellent graphical representations and clear, concise explorations of how a future city might look (perhaps a little utopian, but that's the point - it is a possibility, not a prediction).
- My Pretty Alluvian Bride (5) - Short story exploring the personal implications of the ideas in City/State.
- Brave New Fortress, Smari McCarthy (5) - the internet is becoming more centralised, state- and corporate-controlled, and homogenous, allowing cyberspace to become just another resource to control and fight over, threatening the free flow of online data (worryingly presccient in light of the recent Snowden revelations about the NSA and GCHQ), but hope in an anarchic, techno-utopian Web is not lost - McCarthy describes the 'Gonzo Futurists' building a digital fortress which will resist and oppose this trend.
-The Man Who Saved The 20th Century, Jack Womack (5) - History and paleontology in a violent, fearful dystopia.
Every peice was in itself worthwhile, and most were both thoroughly enjoyable for the depth and clarity of the ideas and made me think seriously about the subject. For me, and I suspect for many others, a perfect combination.
Read more
One person found this helpful
Report abuse

Buffy
5.0 out of 5 stars A really interesting read
Reviewed in the United Kingdom on January 7, 2013
Verified Purchase
This mag is something new. Its a mixture of factual and fiction with speculative articles. Well known and unknown authors write excellent short stories.
Read more
3 people found this helpful
Report abuse

Raggediman
5.0 out of 5 stars Future perfect
Reviewed in the United Kingdom on February 16, 2013
Verified Purchase
Cutting edge writing with a great pedigree. I suspect the graphics on the Kindle don't quite do justice to the artwork, but the writing is just exceptional and dripping with future perfect zeitgeist. Can I subscribe?
Read more
2 people found this helpful
Report abuse

FSJ Book Fan
3.0 out of 5 stars A mixed bag, some very good, some borning
Reviewed in Canada on September 11, 2017
Verified Purchase
Some of these stories are very good (K.S.Robinson, M. Ashby), some are so so, hard to navigate the magazine and distinguish between fact & Sci Fi
Read more
Report abuse

Simon
3.0 out of 5 stars Three Stars
Reviewed in the United Kingdom on September 26, 2014
Verified Purchase
cant remember it.
Read more
Report abuse
See all reviews
Back to top
Get to Know Us
Make Money with Us
Amazon Payment Products
Let Us Help You
EnglishChoose a language for shopping. United StatesChoose a country/region for shopping.
© 1996-2022, Amazon.com, Inc. or its affiliates