Arch of Bone and millions of other books are available for Amazon Kindle. Learn more
Share <Embed> 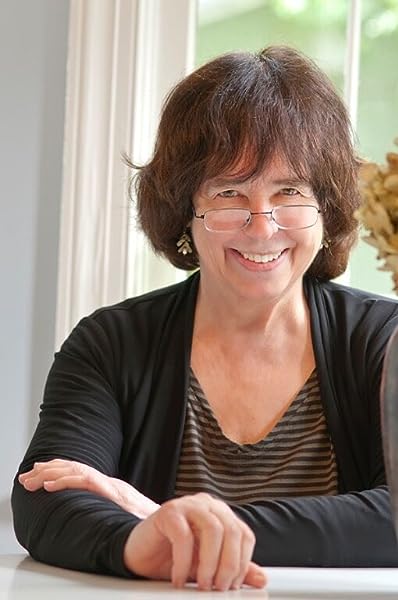 by Jane Yolen (Author), Ruth Sanderson (Illustrator)
See all formats and editions
Sorry, there was a problem loading this page. Try again.

Continuing the story from where Moby Dick left off, this compelling boyhood adventure, penned by beloved author Jane Yolen (Owl Moon), hearkens to timeless coming of age tales of yore. Lovingly illustrated by Ruth Sanderson, the journey of a boy and his dog comes to life on the page, renewing the joy of a classic tale.

“This is the story Melville should have written.”
―Daniel Pinkwater, author of The Neddiad

When a rough sailor called Ishmael turns up on a family’s doorstep, even loyal dog Zeke knows that the news is ruinous.

Ishmael comes bearing the tragic tale of the Pequod: the whaling ship that fourteen-year-old Josiah’s father served on as first mate. Ishmael presents himself as the sole survivor of the deadly journey, fatally lead by the vengeful Captain Ahab and his obsession with the legendary white whale, Moby Dick. But Josiah is not so certain his father’s death was that simple. Especially when Ishmael looks so boldly at Josiah’s devout Quaker mother.

Josiah is almost of age in Nantucket, and he still cherishes his dream of following in his father’s footsteps. He is yet too young to sign on to a ship’s crew, but he yearns to be at sea.

Yet adventure has a way of finding a boy and his dog. The true vision of his father’s death―as well as the difficult tasks of surviving, growing up, and finding his strength―await Josiah, when he and Zeke discover the secrets of the Pequod at the mysterious Arch of Bone.
Read more
Previous page
Next page

“Yolen’s original twist on Moby-Dick combines a unique premise with edge-of-your-seat adventure. Fourteen-year-old Josiah is engagingly characterized from the outset as a boy on the edge of manhood, searching for answers about his father's death. Under the arch of bone he has tantalizing dreams of Ahab's hunt for Moby Dick. A gripping tale by a master storyteller―when I finished it, I started over and read it again.”
―Katherine Coville, author of Briar and Rose and Jack

“This is the story Melville should have written.”
―Daniel Pinkwater, author of The Neddiad

“Elemental and timeless. The thrill of Josiah’s adventure comes from watching him learn how to survive the wilderness, but it also has much to share about coming to terms with the loss of a parent and humans’ complicated relationship to the natural world.”
―Eliot Schrefer, National Book Award Finalist

“Arch of Bone is a historical novel that reanimates Nantucket’s whaling history. In it, the aftermath of the Pequod’s sinking is imagined on behalf of the families of those lost at sea. The result is a daring story in which a grieving son becomes his own kind of survivor.”
―Foreword

“The Aesop of the twentieth century”
―The New York Times

“Jane Yolen is a gem in the diadem of science fiction and fantasy.”
―Analog

“One of the treasures of the science fiction community.”
―Brandon Sanderson, author of Mistborn

“Jane Yolen facets her glittering stories with the craft of a master jeweller.”
―Elizabeth Wein, author of Code Name Verity

“There is simply no better storyteller working in the fantasy field today. She’s a national treasure.”
―Terri Windling, author of The Wood Wife

“Jane Yolen is, simply, a legend. The powerful fairy godmother of every writer working in mythic fantasy today.”
―Catherynne M. Valente, author of The Girl Who Circumnavigated Fairyland in a Ship of Her Own

“Magic, humor, and lovely prose that has attracted readers for years.”
―Library Journal

I can’t help but wonder how such levels of creativity are possible.”
―Infinite Text

Beloved fantasist Jane Yolen has been rightfully called the Hans Christian Andersen of America and the Aesop of the twentieth century. She has over 370 publications to her credit, including adult, young adult, middle grade, and children’s fiction; graphic novels, nonfiction, fantasy, science fiction, poetry, short-story collections, anthologies, novels, novellas, and books about writing. Yolen is also a teacher of writing and a book reviewer. Her best-known books include Owl Moon, the How Do Dinosaurs series, The Devil’s Arithmetic, Briar Rose, Sister Emily’s Lightship, and Sister Light, Sister Dark.

Among Yolen’s many awards and honors are the Caldecott and Christopher medals; the Nebula, Mythopoeic, World Fantasy, Golden Kite, and Jewish Book awards; the World Fantasy Association’s Lifetime Achievement Award, the Science Fiction/Fantasy Writers of America Grand Master Award, and the Science Fiction Poetry Grand Master Award. Six colleges and universities have given her honorary doctorates.

Yolen lives in Western Massachusetts most of the time, but spends long summers in St. Andrews, Scotland.

About the Illustrator: Born in the small town of Monson, Massachusetts, Ruth Sanderson (b.1951) has been a professional illustrator since 1975, with over eighty published children’s books, in addition to illustrated book covers, fantasy art, collector’s plates, animation concept art, and product design. Her illustrations projects include a famous edition of Heidi with one hundred full-color oil paintings, as well as editions of The Secret Garden, The Sleeping Beauty, and The Twelve Dancing Princesses, and many more. Sanderson teaches writing and illustrating for children in a summer graduate program at Hollins University, in Roanoke, Virginia, and is a longtime member of the Society of Children’s Book Writers and Illustrators.

Start reading Arch of Bone on your Kindle in under a minute.