Archer's Quest and millions of other books are available for Amazon Kindle. Learn more 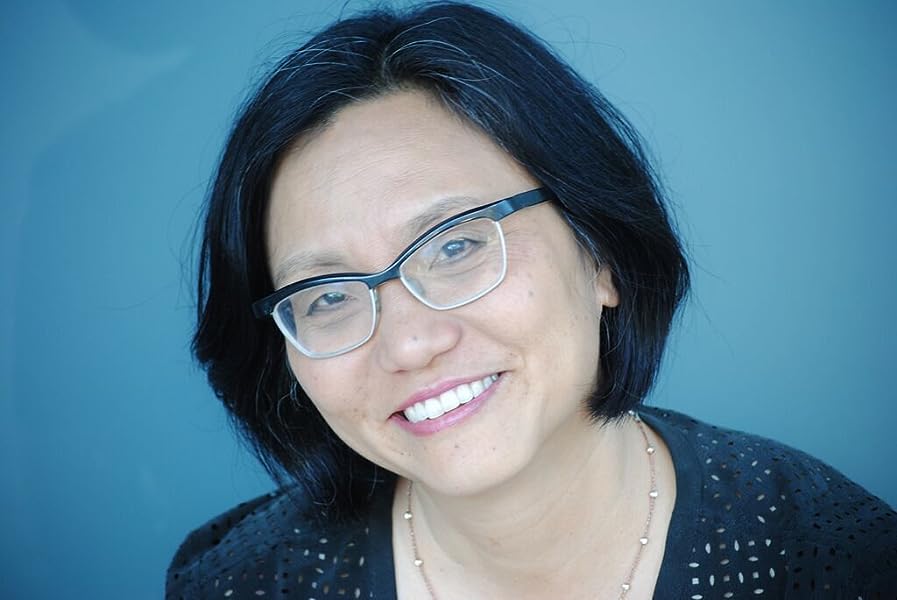 by Linda Sue Park (Author)
4.4 out of 5 stars 32 ratings
See all formats and editions
Sorry, there was a problem loading this page. Try again.
Read more Read less
Previous page
Next page

"An exciting novel for male readers, both reluctant and engaged."—Kirkus Reviews

"The relationship between Kevin and Archie, and their race against the clock...will keep the pages turning."—Publishers Weekly

"This new offering from the Newbery Medal-winning author of A SINGLE SHARD...will intrigue and amuse readers." *Starred* Review KLIATT

"Effective storytelling, middle-grade humor, and a quick pace" —Bulletin of the Center for Children's Books

Linda Sue Park is the author of the Newbery Medal-winning A Single Shard, the best-seller A Long Walk to Water, and the highly-praised novel Prairie Lotus. She has also written several acclaimed picture books and serves on the advisory board of We Need Diverse Books. She lives in western New York with her family. www.lindasuepark.com, Twitter: @LindaSuePark

Start reading Archer's Quest on your Kindle in under a minute.

4.4 out of 5 stars
4.4 out of 5
32 global ratings
How are ratings calculated?
To calculate the overall star rating and percentage breakdown by star, we don’t use a simple average. Instead, our system considers things like how recent a review is and if the reviewer bought the item on Amazon. It also analyzes reviews to verify trustworthiness.
Top reviews

Cliff
5.0 out of 5 stars Bridges the gap between today's world and the world of long-ago Korea, with its daily dangers, magic, and traditions
Reviewed in the United States on August 13, 2015
Verified Purchase
This action-filled tale helps modern youthful readers bridge the gap between today's world of computers and cars and science and the world of long-ago Korea, with daily mortal dangers, magic, and traditional society. It's a relatively easy read with not too-hard vocabulary--and the sometimes difficult concepts for modern readers to understand about ancient Korea are explained because the modern-boy protagonist needs explanations from the time-traveler future king (and we happen to be listening in).
Read more
Helpful
Report abuse

Sally52
4.0 out of 5 stars A tale of discovery
Reviewed in the United States on August 13, 2014
Verified Purchase
Kevin must help discover how to send a young but important king back to his home in ancient Korea. The quest to return the Archer becomes a journey of self discovery for Kevin, about himself, his family, and the power of discipline in unlocking the secrets of success.
Read more
Helpful
Report abuse

Margaret M MacIntosh
4.0 out of 5 stars reading with my grandchildren
Reviewed in the United States on April 27, 2013
Verified Purchase
I got this book because it was on my grandson's reading list at school. reading the same book and talking about it after is a good way of connecting. I enjoyed the book - simple reading and good story.
Read more
Helpful
Report abuse

Isabella vano
5.0 out of 5 stars Best book ever
Reviewed in the United States on November 5, 2013
Verified Purchase
I couldn't put the book down because it was the first time since 1203 I read this book and I love it
Read more
Helpful
Report abuse

Betsy Bird
HALL OF FAME
4.0 out of 5 stars Helping historical Korean figures is not for the weak!
Reviewed in the United States on May 21, 2006
I just cannot for the life of me figure out what to do with Linda Sue Park. Some authors write books that are spot-on gold all the time. Others can't churn out a decent title no matter how hard they try. Then there's Linda Sue Park. Garnering a coveted Newbery award early in her career, Park has had the unenviable job of showing the world that she remains worthy of that honor with every subsequent book she writes. I liked "A Single Shard", but somewhere in the back of my brain was the niggling suspicion that since I'm twenty-seven-years-old my response probably would have been different had I been a ten-year-old who had to read it in school. Ditto my response to "The Mulberry Project", in which silkworms, rather than pottery, were the name of the game. As if hearing my silent plea, Park has now come out with the far more kid friendly (but still darned informative) "Archer's Quest". The set-up is good, the story interesting, and the book a short sweet ride. You'd think I'd be in seventh heaven. Instead, I'm torn. On the one hand, it's difficult to criticize an author who takes as much time and attention as Ms. Park does with her work. On the other hand, something about "Archer's Quest" failed to grab me right from the get-go. Maybe it's the fact that Park has written a story found in so many other children's books. Maybe it's the low-key action. Whatever the case, "Archer's Quest" makes for a mighty fine read. It just didn't have that extra little oomph it needed to make it beloved.

You think your day's been crummy? You've got nothing on Kevin. Sure, today was a half-day at school, but is he able to appreciate it? Not a chance. The year is 1999 and Kevin is bored out of his skull with only a bouncy ball to keep him company. Next thing you know Kevin's cap is hanging from an arrow sticking straight out of the wall. The arrow, in turn, belongs to a very oddly dressed man who is eyeing Kevin suspiciously and has his next arrow aimed at the boy in question. Turns out that the man is the great Korean historical figure Koh Chu-mong. Part Robin Hood part King Arthur, Chu-mong has somehow landed smack dab in Archie's bedroom some 2,054 years into the future. Kevin, may be of Korean descent, but he doesn't sufficiently know his Korean history to know enough about Chu-mong (who requests that he be called Archer, shortened by Kevin to "Archie") to help him back to his own time. Together the two must discover everything they can about Korean history, magic, the Chinese Zodiac, and some basic math before the year of the Tiger is up. And the year ends that very night!

In a way, "Archer's Quest" is a historical novel. Sure it takes place in 1999, but that still places it firmly in the past. Park starts with a particularly interesting situation. You're in your bedroom, bored, and suddenly a hero from the past is looking to put an arrow in your heart. A great start, but a difficult one. Since the story must take place in the course of a single day, and since Kevin is such a realistic character that Park's afraid to ever put him into too much trouble, the story's action is downplayed. The most we get is an encounter with a real tiger, a race from a negligible enemy, and a run across a highway when the traffic has already been stopped. Her "villain" isn't even that villainous. Just misguided. Of course, limiting the action is Park's style. Therefore, if you've a kid who really got into "A Single Shard" or (more logically) "Project Mulberry", they are bound to enjoy this story just as much, if not more.

The concept of a historical or fictional figure bumming around the present isn't new, of course. Everything from "Bill and Ted's Excellent Adventure" to "Inkheart" has used it to their advantage. Where Park diverges from the ordinary is in making her hero a Korean folk-hero. Kids who've never had the opportunity to learn of the adventures of Chu-mong will find much to learn about here. In this way, the book pairs nicely with another recent historical-man-to-whom-folk-tales-have-been-attached character, Dick Whittington, in Alan Armstrong's, "Whittington".

Ever attentive to supporting her stories with fact, Park includes a section on math in this story, while another attends to details involving Chu-mong, tigers, and RIT, and a bit on the zodiac. A Chinese Zodiac is located at the end of the book, and here I had a real problem with the book. Some children's books that discuss the Zodiac do what "Archer's Quest" did here and include each year with the dates ascribed to that year. For example, "The Rooster's Antlers: A Story of the Chinese Zodiac" by Eric A. Kimmel, includes a bunch of dates that fall within different animal years. The book is useful because these dates go a decade or two into the future. "Archer's Quest" on the other hand, stops at February 4, 2000. That's all well and good if the kiddies want to know what animal is ascribed to the year of their birth, but does absolutely no good if they want to know what the current year in the zodiac is. Obviously it stops around 1999 because that's when the story takes place. However, it would be heads and tales more interesting if it bothered to go a little bit into the future. Even if it were just a decade.

None of this is to say that the book doesn't make for a good read. Linda Sue Park is first and foremost a premier children's book author and don't let anyone tell you otherwise. I just wish that this book had gotten a little more work done on it. It reads beautifully and will give a lot of enjoyment to some kids with the whole time-travel aspect. For others it will start out well, then peter off into the dull. A nice title but not my favorite Park accomplishment.
Read more
12 people found this helpful
Helpful
Report abuse
See all reviews