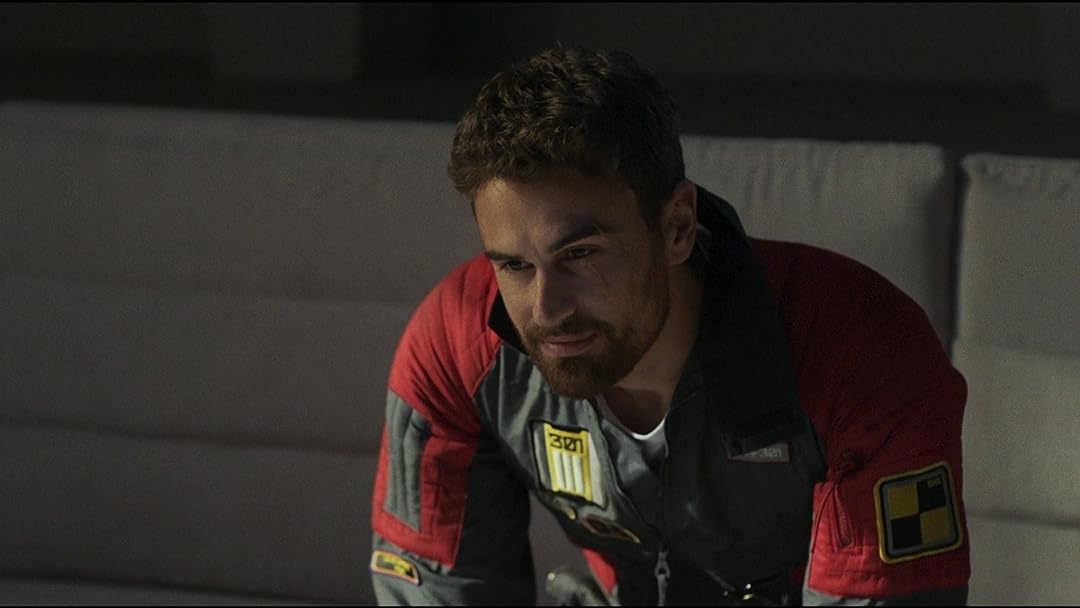 Farina AariaReviewed in the United States on July 19, 2020
1.0 out of 5 stars
Ending invalidates the entire movie
Verified purchase
This is one of those movies that feels like it has to have a twist ending for no real purpose. The twist certainly doesn't enhance the rest of the movie. In fact, it has nothing to do with it.

**Spoilers below**
I can't say what I didn't like without revealing the twist, so you've been warned: The twist is that the guy was actually the dead one the whole time. The whole movie and all the robot stuff presumably just happens inside his own imagination. He only has two calls with his 'dead' wife in the movie, one at the beginning, the other at the end, and both calls are basically just them saying I love you I miss you to each other with nothing of importance being exchanged. Then after the final call, when he probably thinks she'll shut down, he does instead.

So... ??? I don't know what else to say other than the movie has no point. He doesn't learn or grow at all during the movie, but even if he did, he just ceases to exist at the end. There's no commentary on the afterlife or life and death. And he also has no impact on the real world. Literally the only shot of the real world at the end of the movie is the woman walking away and an employee says 'sorry for your loss'.

Furthermore, the characters have horrible personalities and no growth. The main character isn't particularly likable - he spends most of the time being dismissive and grouchy to his robots to the point that one commits suicide. And the woman's characterization I guess is that she's a woman. She can speak French. Something something babies.

Finally, even though this movie isn't technically a commentary on robots, AI, or the consciousness inside them since it all happens in this guys mind, I also find it tiring that all these movies like Ex Machina, Her, and Zoe are always like, here's a man with/making a robot female! Why's it always gotta be the woman who is the robot being made by the smart scientist man? It's not that big of a complaint, it's just kind of annoying.

My conclusion is, the movie is slow to the point of boring, and nothing that happens matters. There's no lesson, moral, or growth. So... I'm giving this a 1 star. Thanks and as the wife's last words to her husband are: 'bye-bye'.

FabMonsterReviewed in the United States on July 21, 2020
1.0 out of 5 stars
vicious, snobby review
Verified purchase
Utterly conventional, this movie is barely watchable because of the shallowness of characterization. Like most popular movies, it is written by someone who seems blind to anything beyond cartoonish, simplified emotion. The sci-fi component is not original, convincing, speculative enough to compensate.

The movie is ostensibly a love story, written by someone who gives no evidence of having experienced anything beyond self-love. I usually grant some artistic slack in the following regard, but here, females could not be more objectified, living only to serve the ego needs of their narcissistic creator; otherwise they get to be the one evil “bitch.” There’s a reason some writers can convincingly depict supposed genius in their characters, while in other writers’ hands, similar characters seem flat, intellectually limited, conventional.

I watched “The Vast of Night” just before “Archive,” and what a contrast. The former movie has characters of deftly developed personality, written and directed with empathetic insight into both males and females from young to old within a thoughtfully observed cultural context. It expressed a uniquely integrated aesthetic vision, opposed to the oft-remarked but superficial beauty of the “Archive” terrain.
110 people found this helpful

Brian R. DupreReviewed in the United States on July 12, 2020
4.0 out of 5 stars
If a film can make you emotionally invested in a robot it is doing something right.
Verified purchase
***SPOILERS***

I think this film makes a bit of a mistake by not having arguably the most interesting part, J2, the main plot as opposed to an aside. It's I think an emotionally deeper story than the twist ending, which is still overall effective and lends itself to an extended episode of The Twilight Zone.
But it also doesn't quite jive with the rest of the story-- we clearly see several things from J2's POV as well as J3. How would that be possible though if Theo's character was in the Archive the whole time, and his creations were just constructs inside his mind? They wouldn't have a POV, they would simply be things he is reacting to.
Still, this is very much a worthy watch even if I wish it had gone in a bit of a different direction. Stacy Martin sells the film as essentially three different characters. Don't let my above gripes steer you away, it is one of the better films I've seen so far this year.
81 people found this helpful

Will WebsterReviewed in the United States on July 10, 2020
5.0 out of 5 stars
Amazing Indie Cinematography
Verified purchase
The absolute beauty of this independent science fiction film is on point. I love the brutalism design of the architecture and snowy scenes. The storyline was right up my alley when I learned that this was releasing today on the 10th of July 2020. I'd recommend this film to any lover of sci-fi. Great work. Proud to add this to my library.
71 people found this helpful

Jennifer KellerReviewed in the United States on August 10, 2020
5.0 out of 5 stars
Give it a chance!
Verified purchase
I normally don't write movie reviews but in this case, due to so many poor reviews and so many reviews that just seem to lack imagination, I felt I needed to add my 2 cents.

The ending does NOT invalidate the entire movie. Perhaps those that believe that do not understand the ending or just live in a Pollyanna world themselves. The ending is something you may begin to wonder about ⅔ of the way through the movie but it's done so well, it does take you by surprise.

I adore science fiction so I followed the trail of the most popular review. I watched In the Vast of Night first and then this. Frankly, I found the former movie to be slow and predictable. The trailer is the very best parts of that movie. This was by far better.

If you enjoy science fiction and plot twists, if you like a movie that you have to pay attention to and think about later; give this movie a chance.
55 people found this helpful

PennyReviewed in the United States on July 12, 2020
5.0 out of 5 stars
This one will haunt me for some time...
Verified purchase
This movie’s ending sends the mind off in so many directions it left me breathless. I like thinking, so really appreciate movie entertainment that provides me with – oh I don’t know – maybe all the time left… 20 years? - to mull it over. :) Like...what affected me so much about a “machine” committing suicide? By the time the machine disappeared under the lake…I was crying. Did I got suckered into having real feelings about George's imaginary loss? Did I feel sorry for what I perceived as a broken-hearted machine or the broken heart of the man who'd become emotionally attached to it? All in all, it was visually delicious production to watch...all its actors truly soared in their resprective roles...and its gorgeous icy setting/story won't be shaken off soon.
40 people found this helpful

QvoxReviewed in the United States on July 21, 2020
5.0 out of 5 stars
I'll be watching this one again. Not your typical Science Fiction Movie.
Verified purchase
This movie is going to be for a more mature audiences, not because of gratuitous violence, sex, nudity, or profanity, it really doesn't have any of that. But because it deals with very adult themes, and lacks the CGI action packed Sci-Fi that comes out of Hollywood today that most younger viewers seem to like from their movies. It's a tad long, and does seem to drag just a bit at the middle, but the beauty of the script and cinematography make these moments worth it, and by the payoff at the end it seems just right.

These are the types of movies that are so rare today. There is no woke or political agenda, just good writing, acting, and story. I actually bought the movie because I will be watching it again.

If I had to compare it to a any movie over the last 20 years I'd say it had kind of the same vibe as 2013's Oblivion, but much more grown-up. This is a much better story and script and in my opinion well worth paying to watch. Again, I think you could watch it with your teenagers and even perhaps pre-teens. Honestly I don't remember any inappropriate language, nudity, or gratuitous violence, it's just that I don't think they'd enjoy this movie.
35 people found this helpful

Stephen M. GeraciReviewed in the United States on July 23, 2020
5.0 out of 5 stars
Movie that I feel compelled to watch more than once
Verified purchase
This movie was so beautiful to look at, but that alone does not make a movie enjoyable. The enjoyable part along with the beautiful visuals, was the acting, the feelings it brought in you and the way it made me question, what is humanity, empathy and can it be programmed. I actually fell in love with metal robots and was almost brought to tears on a few occasions. It was also pieced together in a way that it kept you engrossed and totally invested in all the characters involved, whether they were human or AI. Not only one of the best Science Fiction films I have seen in a long time, but one of the best thrillers/dramas. Definitely watching it again, to catch many of the hidden symbolism's I probably missed the first time. Definitely a must see.
26 people found this helpful
See all reviews
Back to top
Get to Know Us
Make Money with Us
Amazon Payment Products
Let Us Help You
EnglishChoose a language for shopping. United StatesChoose a country/region for shopping.
© 1996-2021, Amazon.com, Inc. or its affiliates