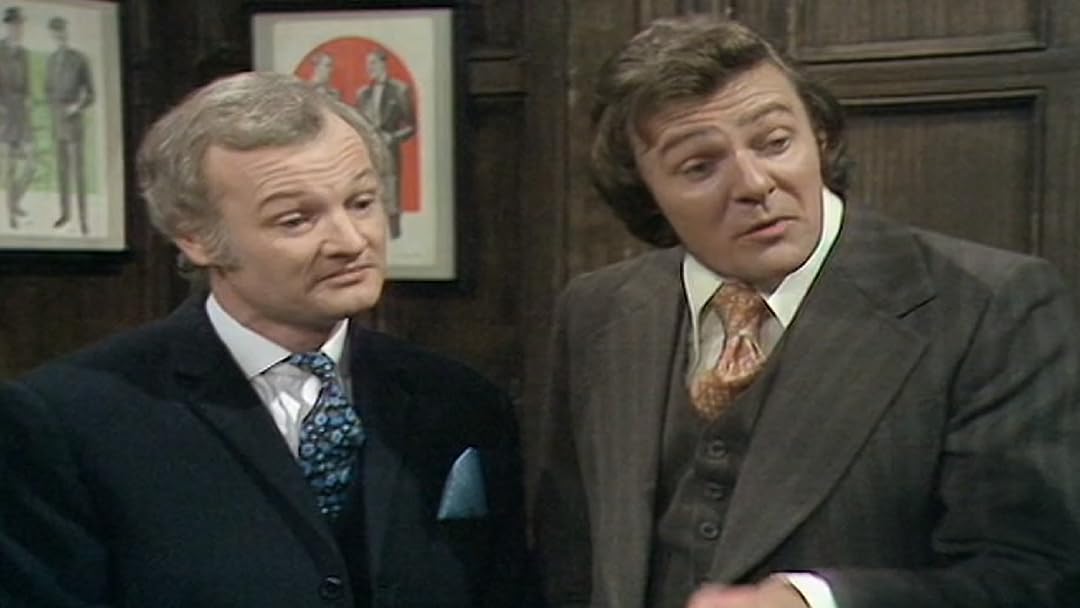 Are You Being Served?

(37)
8.01973X-RayTV-G
A large, old-fashioned department store in London, Grace Brothers is still run on strictly hierarchical lines. Each member of staff knows their place - in theory. In practice, they are all engaged in their own private wars.

C. G.Reviewed in the United States on November 25, 2017
5.0 out of 5 stars
Best series ever written
Verified purchase
This is a classic. The best comedy series ever written. The entire series is fantastic. I am aa 30 years old man, and love it. I
23 people found this helpful

liza janeReviewed in the United States on September 21, 2017
5.0 out of 5 stars
Bravo to Britcoms
Verified purchase
Brit com at it's best. Innuendo, double entendre, slapstick silliness all with a british accent..Hilarity
20 people found this helpful

kent pirkleReviewed in the United States on September 19, 2017
5.0 out of 5 stars
Classic British Comedy
Verified purchase
Well ahead of its time.
12 people found this helpful

Priya SReviewed in the United States on August 14, 2017
5.0 out of 5 stars
Five Stars
Verified purchase
One of my favorite British shows
10 people found this helpful

More CowbellReviewed in the United States on March 9, 2020
5.0 out of 5 stars
John Inman, Way Ahead of his Time
I used to watch this show with my parents, and without a doubt, John Inman stole the show. He was a pioneer for equality on TV. Yes, his character was over the top because it wasn't possible back then to have a 100% authentic representation (is it even possible now?). But he introduced many of us to a gay man, a successful hard working gay man. He helped open up our eyes and hearts. Back in John's day, he would have been publicly humiliated for going to a "gay bar," with his name and photo published in a local newspaper. I'm not gay but I find it very interesting when I meet a guy who hates gay guys. Why on earth does he care and fixate on it? Overall, and this is anecdotal to be clear, gay men are active in the community, high voter turnout, in better health than their straight counterparts with hardly any obesity. They are not violent or involved in mass violence, rather, they are often the victims of it.

Jerry LReviewed in the United States on March 8, 2020
5.0 out of 5 stars
Hilarious.
I do wish there were more of these shows on Prime. This is so stupid but the way all the lines and misunderstandings of each others meaning to what they are referring to at the time they say it is classic. It fits so well together, always. A "never fail" in making you laugh at their craziness in communication. I used to watch this show on PBS years ago with my late wife and always enjoyed the silliness of it. Normally I despise dumb shows like this, (anything with Jim Carry and others like him), but this show is done with such a way that it is just so funny and enjoyable to watch. I do want to see more of this show.
8 people found this helpful

Richard CephalReviewed in the United States on March 9, 2020
1.0 out of 5 stars
Meh
I suppose this is going to be like the time I spoke my mind about the Beatles being nothing more "genius" or "talented" than the boy band they were. Their music is lame pop and to put it in category of classic rock is repulsive. So too is setting this junk on the pedestal of classic comedy when at it's best moment it was a bearable stage play. It's not entertaining and it's not funny. The one trick pony of "my cat" (because Amazon won't let you use the "p" word) wore out faster than a street walker and was just as overused. Stage left sexual innuendo gag, stage right imply the gay fodder, center stage ring in the befuddled centrist humor. Talk about predictable... The camera work and production is not only dated it was rubbish for it's own time. You can see the characters acting and walking to their marks. At every turn you are reminded that it's a performance. There's a lot wrong with this, but the short list is the characters are all one dimensional and boring. There's no under the surface romance to root for. There's no real antagonist to root against. The theme song is a jingle. And the jokes are lame as a dead P... cat. I'm not going to prop this thing up because we're supposed to.
7 people found this helpful

K.A.Reviewed in the United States on November 9, 2018
4.0 out of 5 stars
A Classic Britcom!
If you're even remotely amused by British sitcoms of the 70's then you will adore this show. All the earmarks of a britcom, sexual innuendo, clever writing, mixed in with over the top characters. The sets which feature all the fashions of the day are pure eye candy. They even managed to capture the essence of working in a stiff, department store complete with all the hierarchical stuffiness that goes along with it. Wrap it up with genuinely funny writing and you've got this show. So glad I've found it.
9 people found this helpful
See all reviews
Back to top
Get to Know Us
Make Money with Us
Amazon Payment Products
Let Us Help You
EnglishChoose a language for shopping. United StatesChoose a country/region for shopping.
© 1996-2021, Amazon.com, Inc. or its affiliates