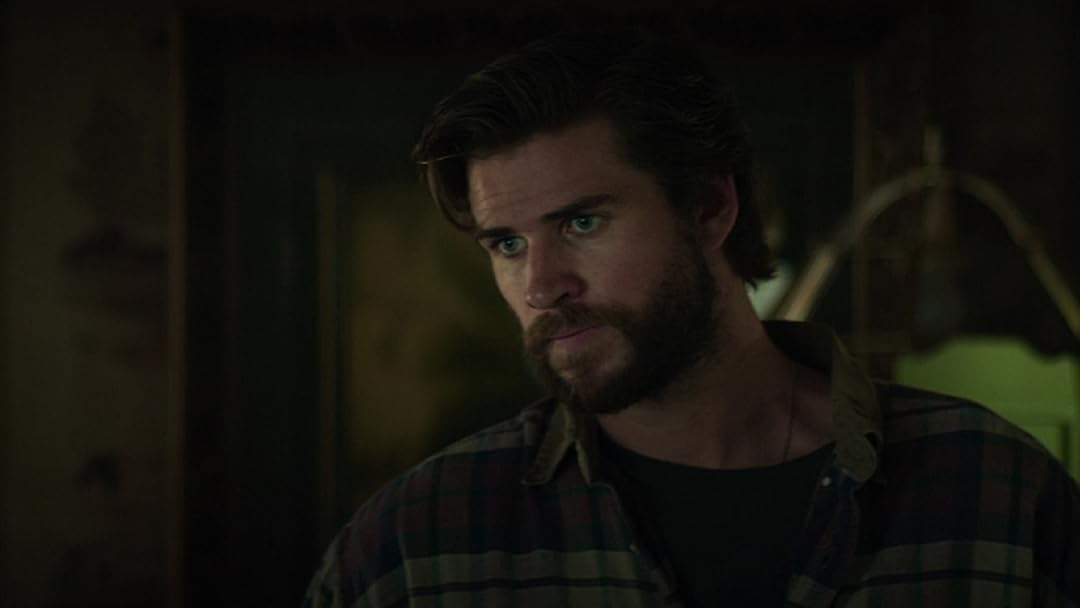 (8,992)6.01 h 56 min2020X-RayNR
Kyle (Liam Hemsworth) and Swin (Clark Duke) live by the orders of an Arkansas-based drug kingpin named Frog (Vince Vaughn). When a series of mistakes sets them on a collision course with Frog, Kyle and Swin must eliminate Frog... or die trying.

R. BurrisReviewed in the United States on May 7, 2020
5.0 out of 5 stars
Slow Rising Countey Thriller
Verified purchase
I’m a Vince Vaughn fan but Liam Hemsworth and Clark Duke stoke the show. Vince was spectacular as usual; Michael K Williams and Vivica Fox played superb supporting roles; but the two lowly drug dealers, Hemsworth and Duke outfoxed the big wigs and showed their acting chops. Both played off of each other, playing opposite type characters that end up having similar characteristics as the movie comes to it crescendo.

Well worth it and Clark Duke has a bright future as a director and producer.

DarrenReviewed in the United States on May 11, 2020
5.0 out of 5 stars
A really good slow-burn indie thriller/character study with great acting and very good writing
Verified purchase
Great acting. Low-key, slow burn. Solid writing, great dialogue. It's a character study movie, not really a thriller - the point isn't the action, it's the characters. Tarantinoesque flashbacks and non-linear storyline. Some genuine surprises to the plot. For a first-time director, it’s very good.

I saw a clip on AintItCoolNews and was immediately hooked - I like Vince Vaughn, and this is one of his best dramatic performances I've seen. Malkovich is a hoot - I loved his character, and he's got the funniest line deliveries in the movie. Liam Hemsworth - never been a big fan, but he really does a good job playing the strong, brooding protagonist (I sort of hesitate to call him a hero). And I pretty much fell in love with Eden Brolin. And dude - OMAR! From THE WIRE! YES!

For those who are bothered by these things: there’s a couple of very violent scenes. Accents aren’t really correct for the region (although, to be fair, only ONE character is actually said to actually BE from Arkansas). For a drug dealer movie, there’s almost no drugs – the drug part feels more like a vehicle for a “dark night of the soul” tale. The movie’s quirky, with more of an emphasis on odd characters and funny dialogue than realism. And in my opinion, there are a couple of scenes/developments that don’t really make much sense – mostly between Vince Vaughn and Omar, after something happens between the two.

But overall, a very good movie. Is it BREAKING BAD? No. Is it RESERVOIR DOGS or PULP FICTION (though it borrows some narrative devices from those movies)? No. But I’ve enjoyed it more than 90% of the other movies and TV shows I’ve seen in the last few months.

FreddieReviewed in the United States on May 5, 2020
1.0 out of 5 stars
Crap
Verified purchase
But I think it's supposed to be crap. The joke is on those, like myself, that purchased it. Oh well.
40 people found this helpful

Carole McDonnellReviewed in the United States on May 5, 2020
5.0 out of 5 stars
Loved it
Verified purchase
Rural crime slow burn with lots of nods to Tarantino and the Coen brothers. If you like stories of the badlands or drug dealer stories, and if you like stories about poor folk drifting aimlessly into crime as their version of the american dream come-up, you'll like this.
33 people found this helpful

PaulReviewed in the United States on May 16, 2020
1.0 out of 5 stars
One of the worst movies I've ever seen
Verified purchase
For some movies, the trailer is the best part. Such was the case here. This movie once again showcased that great actors (not just Nicholas Cage) can do crap movies. With a cast that included such notables Liam Hemsworth, John Malkovich, Viveka Fox, and Vince Vaughan, you would have hoped for better... much better.

There is a plot -- the demise of a drug kingpin and the rise of another (I least I think that was the plot) -- but the writing was so poor and editing so disjointed, it just seemed like a low budget, amateurish trainwreck (and it is)

Please don't waste your money. Nothing redeemable about it in my opinion.

Tina G.Reviewed in the United States on May 9, 2020
3.0 out of 5 stars
Not as bad as I thought it would be… 3 stars
Verified purchase
Arkansas turned out to be better than I thought it would be but it’s not great. It kept my interest for the most part and the cast is an asset.

What’s it about? Kyle and Swin, are slinging drugs (though we rarely see any) for a guy named Frog and climb their way up the ladder. There’s a variety of characters that enter the mix, one forming a relationship with Swin, while others leave rather quickly usually by means of death. There’s flashbacks of Frog’s rise to the top about forty minutes in and continues off and on until the viewer is caught up to current times. Don’t expect fast moving or anything deep. There’s lots of talk, some of which is amusing. Music fits with the films vibe.

The bad? Some scenes were just meh- it’s like they touched the surface and then said f it, it’s good enough. Could benefit from slang...seriously who uses the term “drug dealer”? Then there’s the lack of drugs- the movie is suppose to center around drugs (insert facepalm here). Could’ve and should’ve used Vivica’s role better.

It started out good and showed promise, but by the end, it felt like a ride through Jackie Brown, if Jackie Brown was a C- movie. Should you watch it? If you’re looking for something to pass the time and have extra money to spend on a rent, otherwise wait for it to be free on a streaming platform.
19 people found this helpful

:)Reviewed in the United States on August 27, 2020
1.0 out of 5 stars
Drugs this and Money that
Verified purchase
I stopped watching after an hour and a half. You'd think the story would at least have some point by then. After Brights death in the first 30 minutes, the story plateaus and goes absolutely nowhere. There is no strong motivation to care about any of the characters at all. Its just, I got drugs this, I got money that. I didn't like sidekick with the man-bun; he was annoying and his romance with the nurse was not believable AT ALL. If you like movies where a cast of men sling money, guns, and drugs around the entire time with no aim or goal, this is for you.
7 people found this helpful

jimmy pReviewed in the United States on August 8, 2020
1.0 out of 5 stars
long and borning movie
Verified purchase
Not much action just talking and talking and did I mention talking . Luckily it's free on prime Same stuff as most movies oh someone found out what they are doing kill them and just dig a hole . Like police would not come looking .
4 people found this helpful
See all reviews
Back to top
Get to Know Us
Make Money with Us
Amazon Payment Products
Let Us Help You
EnglishChoose a language for shopping. United StatesChoose a country/region for shopping.
© 1996-2021, Amazon.com, Inc. or its affiliates