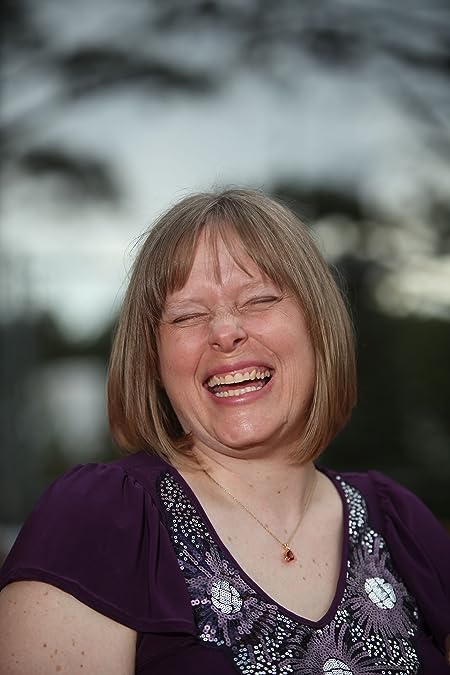 Arlene Hittle is a Midwestern transplant who now makes her home in northern Arizona. She suffers from the well-documented Hittle family curse of being a Cubs fan—no longer such a curse after 2016—but will root for the Diamondbacks until they run up against the Cubs. Longtime friends are amazed she writes books with sports in them, since she's about as coordinated as a newborn giraffe and used to say marching band required more exertion than golf. Find her at arlenehittle.com, on Twitter (@arlenehittle) or on Facebook (Arlene Hittle, Author). 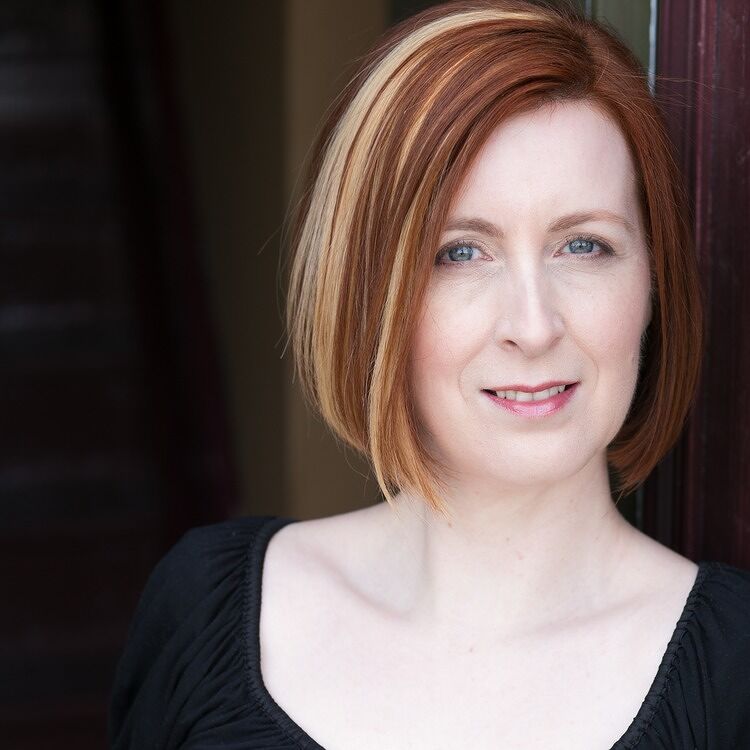 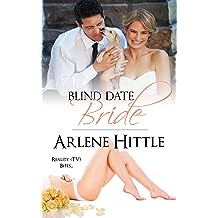 Blind Date Bride (Reality (TV) Bites Book 1) Jun 7, 2014
by Arlene Hittle
( 5 )
$2.99
Nearly a decade ago, accountant Kari Parker shed 220 pounds of dead weight — her hulking, abusive college boyfriend. The last thing she wants in her life is another man — especially one as tall as a Windy City high rise. Yet when her best friend enters her in Romance TV’s “Get a Love Life” contest, another man is exactly what she gets. As much as she'd love to just say no, she can't turn down the prize money that will allow her to help her parents save the restaurant they've run all her life. Sparks fly between Kari and her bogus groom, and as she and Damien share close quarters, intimate meals and — gulp — his bed, Kari doesn’t stand a chance of resisting his considerable charms. Even worse? She might not want to. But building a real future out of their sham marriage will be tougher than baking a wedding cake from scratch … with no flour … in a broken oven.
Read more
Other Formats: Paperback 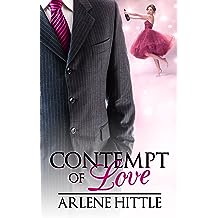 Contempt of Love Dec 18, 2015
by Arlene Hittle, Gilly Wright
( 7 )
$0.00
Attorney Peter Cline would rather be anywhere than at the wedding of his sister, Melinda, and the father of her child. Perhaps bridesmaid Merri Baldwin can help him readjust his attitude.
Read more 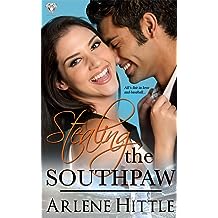 Stealing the Southpaw (All's Fair in Love & Baseball Book 5) Oct 25, 2016
by Arlene Hittle
( 6 )
$2.99
Even with a bum left arm, Luis is a skilled opponent, adept at getting in his own way. But Randi grew up stubborn. And this time, she’s playing for keeps.

A potentially career-ending injury sends Arizona Condors pitcher Luis Castillo home to Miami to rehab and recuperate. He hasn’t even unpacked the rental car when he runs into his ex-best friend’s kid sister. She’s not a kid anymore, but she remains the main reason he ran as far and fast as he could six years ago. A successful college baseball career and two good years on the mound with the Condors did nothing to change what they did, or help him forget its consequences. He doesn’t deserve Randi’s warm welcome—and she sure as hell shouldn’t still look at him that way.

Miranda Vega sets out to convince Luis to take a chance on their relationship, which came to a premature end the night her brother found his baby sister in the arms of his best friend. The discovery sent Ricky into a vehicle, a near-head-on collision and ultimately a wheelchair. To get the boy—now man—she started crushing on at puberty and still loves today to believe Ricky’s accident wasn’t his fault, Randi needs a game plan. With any luck, she, Ricky and a Little League team in serious need of coaching will be able to notch the win.
Read more
Other Formats: Paperback 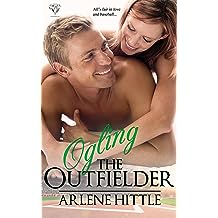 Fresh from a social media scandal involving two women and the locker room showers, outfielder Sam Sloane has sworn off women — especially ones who show too keen an interest…like Condors intern Alexa Brandon. But Alex's sights are locked on Sam, and she won't take "no" for an answer. Will their one night together explode into the next media sensation or turn into a real, lasting love?
Read more
Other Formats: Paperback 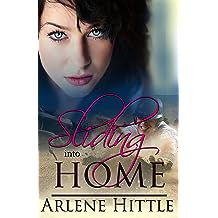 Sliding Into Home (All's Fair in Love & Baseball Book 3) Jun 17, 2016
by Arlene Hittle
( 2 )
$2.99
Will a sexy attorney help the Condors’ rebel first baseman outrun his father’s shadow—or merely strip him of his illusions?

More than anything, Arizona Condors first baseman Greg Bartlesby wants to make his own name in the big leagues. Too bad being the son of MLB legend Jake “Big Man” Bartlesby makes that impossible. Even worse? His attempts to differentiate himself from his old man more often land him in legal trouble. His latest brush with the law brings him in contact with an attorney he’s met before—as a dancer at the club where he was arrested…for protecting her.

Jenn Simpson isn’t a stripper—not that she can convince her bonehead client her twin is the one doing the dancing. When Greg offers her sister a job at his father’s Foundation, Jenn is the one who accepts, at her sister’s urging. She soon discovers she likes the work—and her new boss. As she and Greg forge a friendship and more, she knows it’s time to convince him she’s not who he thinks. But when his father’s hospitalization compels Greg to fast-track his leap to the majors by capitalizing on Big Jake’s fame, it might be too late for her to expunge the record.
Read more
Other Formats: Paperback 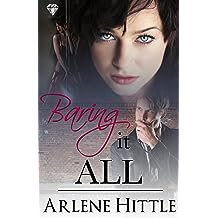 Baring It All Jun 17, 2016
by Arlene Hittle, Gilly Wright
( 9 )
$0.00
By day, Jess Simpson is a grad student in biomedical engineering. At night, she's exotic dancer Jade. She's always managed to keep her two worlds from colliding — until the night hunky lab partner Scott Maxwell shows up at the club.

Note: Jess is the identical twin sister of Jenn Simpson, Sliding into Home's heroine. This free short story is intended to give readers a peek into her life. She may or may not get a full-length novel of her own.
Read more 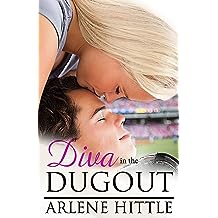 Diva in the Dugout (All's Fair in Love & Baseball Book 1) Dec 19, 2015
by Arlene Hittle, Gilly Wright, Suzanne Barrett
( 6 )
$2.99
Can the Condors bad boy step up to the plate and knock out a home run for fatherhood? And if he does, will his daughter’s mamma be ready?

After a successful stint in drug rehab, Arizona Condors shortstop Dave Reynolds is still trying to outrun his bad boy reputation. When the team’s new owners tell him to shape up or be fired at season’s end, he vows to change. He doesn’t count on fatherhood playing a part in his transformation.

Melinda Cline makes a rash decision: take solace in the arms of a sexy-as-sin ballplayer whose name she tells herself she doesn’t want to know. Big mistake. Now, a single mom to a four-year-old, Mel strives to live as cleanly and quietly as possible. But fate intervenes, and she comes face to face with the man who insists on being included in their daughter’s life. The attraction between them is still strong, but it may not survive Dave’s reputation or his attempts to do the right thing.
Read more
Other Formats: Paperback 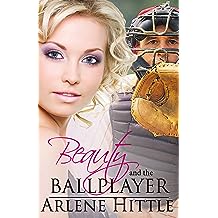 Beauty and the Ballplayer (All's Fair in Love & Baseball Book 2) Jan 1, 2016
by Arlene Hittle, Suzanne Barrett
( 11 )
$2.99
Spunky, independent graphic designer Meg Malone finds herself pregnant soon after her no-good boyfriend abandons her for the professional poker circuit. Glad to be out of that mess, she swears off relationships. Then she meets Matt Thatcher, a solid, stable man, who throws her plans a curve.

Matt, an up-and-coming minor league catcher burned one too many times by women who see him as their ticket to the good life, carefully guards his heart against “baseball babes.” He’s drawn to Meg for many reasons, chief among them she has no clue what he does for a living.

Will it be game over when their secrets come to light? Or is their budding relationship strong enough to win the World Series of love?
Read more
Other Formats: Paperback 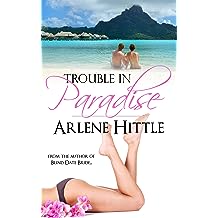 Trouble in Paradise (Reality (TV) Bites Book 2) Jun 29, 2018
by Arlene Hittle
( 1 )
$2.99
"A tropical paradise offers plenty of opportunities to accept an invitation to sin."
After their friends' brush with reality TV stardom, the last thing Cody Jackson wants is a part of another Romance TV production. Against his better judgment, he lets his girlfriend convince him to try out for the network's new show, Invitation to Sin. Worried Cody is being unfaithful, Bethany Lincoln hopes the production will prove his commitment to her. But Beth's the one who ends up taking--and failing--test after test.
Can Beth and Cody's love survive the show's behind-the-scenes machinations, the return of her long-estranged mother and more? Or will they fall victim to an invitation to sin?
Read more
Other Formats: Paperback 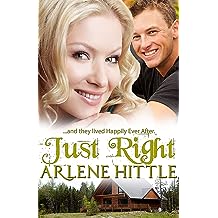 Just Right: And They Lived Happily Ever After Oct 25, 2015
by Arlene Hittle, Gilly Wright
( 1 )
$2.99
Home improvement shouldn’t look this good…
***
America’s Sweetheart, Callista Gold, needs an escape from Hollywood—and the scandalous photos hackers leaked to the tabloids. She buys a cottage in northern Arizona, sight unseen, and heads for what she thinks will be a mountain retreat. But like her now-tainted reputation, Rosewood Cottage needs some major fixing-up. Contractor Tyler Behr—one-third of Behr Construction—is just the man for the job. Problem is Ty had other plans: buy Rosewood and flip it. He agrees to work for the frosty beauty, with thoughts of delaying the project long enough for her to get bored and go back to wherever she came from.

But Callie is no prissy miss. She jumps in to help with the renovations, perfectly at home with construction—and one particular construction worker. Sparks ignite between them with every swing of the hammer, until a photo of Ty and Callie in a compromising position creates another scandal for her and a dilemma for him. He’s never been big on sharing, not even something as simple as loaning power tools to his own brothers. How can he share the woman he loves with the movie-going public?
Read more 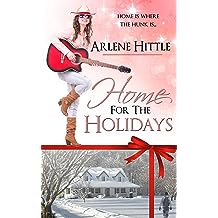 Rising country-rock star Cheryl Stanton’s forced return to her tiny Indiana hometown—at Thanksgiving time, no less—has her singing the blues. After her band’s hectic tour pace pushes both body and voice to the brink, much-needed rest trumps her vow never to return. Where better to escape the demands of fame than the place that knew her before she rocketed to stardom? Her plan to disappear into the Indiana cornfields works just fine until a run-in with an escaped cow puts her in contact with high school crush Derrick Mullins, the one guy who never spared her a second glance—or so she thought.

Derrick looked, all right. However, with his plans to stay put in Langley and Cher’s to leave town right after graduation, he never saw the point in starting something she wouldn’t stick around to finish. Older and wiser now, the paramedic lives for the present instead of a future he may not survive to see. He wastes not a second letting Cher know he’s interested and soon they’re making up for lost time. But she still has no desire to stay in Langley and Derrick can't bring himself to leave. Can they ever agree there's no place like home for the holidays?
Read more
Other Formats: Paperback