The Armageddon Shadow and millions of other books are available for Amazon Kindle. Learn more
Share <Embed>
Have one to sell?
Sell on Amazon 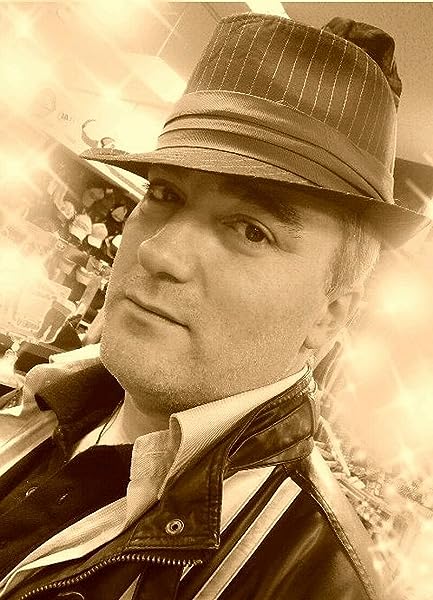 by Lee Pletzers (Author)
5.0 out of 5 stars 2 ratings
See all formats and editions
Sorry, there was a problem loading this page. Try again.

Fans of Cronin, King and Mark Tufo will love the dark atmosphere of The Armageddon Shadow and the horror that follows. Darian Farmer crawls out of darkness carrying an infection that brings people under his control, releasing their dark side to run amok. It is a gift from the darkest shadow in Hades. And it will come into play in the deadliest battle between good and evil. Dr Hayden Taylor has been working on a cure having discovered the seed of Darkness in his son. A battle between good and evil rages through the city streets, leaving bodies strewn where they fall. The cure for this infection reanimates the dead. In a massive explosion that destroys love and brings a desire for ultimate revenge, the cure is released forming a cloud in the night sky. Mankind is about to undergo the next evolutionary step. Lee Pletzers is the author of 5 novels and over 70 short stories.
Read more
Previous page
Next page

Award-winning author, Lee Pletzers is a displaced New Zealand writer of the weird, wonderful and grotesque.

Since 2001, he has impacted the genre world, under the pen name Richard Lee. Over seventy short stories have slammed his name on anthologies and magazines across the globe; for example; The Literary Hatchet, Calamities Press, Under the Bed and Nebula Rift. His short story “Water” was the finalist in the Sir Julius Vogel awards NZ 2015 as was his horror fan site in 2010. Five novels affected humanity and two novellas were the icing on the cake.

He is now making the move into crime thrillers. He reads a lot of them and figures he might know a thing or two. His entrance into this genre starts with the Death World duology.

His reviews are posted at: http://thelonelyreviewer.blogspot.jp/

Ricky Burnett
5.0 out of 5 stars The Armageddon Shadow - Fantastic
Reviewed in the United States on October 14, 2012
Verified Purchase
I'm still in the middle of reading this book, but up till now I have found it a very enjoyable read. I happen to work with the author in Japan and this is the first time I've ever bought one of his books. I will certainly be buying more of them.
Read more
Helpful
Report abuse

Sheri A. Gambino
5.0 out of 5 stars Great fast paced story!
Reviewed in the United States on April 9, 2011
Something evil lurks, and possesses each person until it needs a new host. Everything the darkness touches, it can control and infects.

Agent Baxter is trying to stop the entity, but can he save the world from the evil and infection.
Read more
3 people found this helpful
Helpful
Report abuse
See all reviews