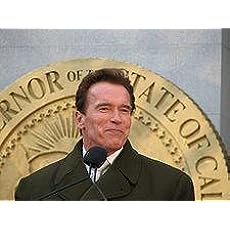 Arnold Schwarzenegger has won more bodybuilding titles than anyone else in the world, including seven Mr. Olympia titles and three Mr. Universe titles. He has also won international fame as a movie superstar. He lives in Los Angeles with his wife, Maria Shriver, and their four children.
Read more 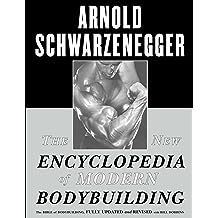 Inside, Arnold covers the very latest advances in both weight training and bodybuilding competition, with new sections on diet and nutrition, sports psychology, the treatment and prevention of injuries, and methods of training, each illustrated with detailed photos of some of bodybuilding's newest stars.

Plus, all the features that have made this book a classic are here:

Covering every level of expertise and experience, The New Encyclopedia of Modern Bodybuilding will help you achieve your personal best. With his unique perspective as a seven-time winner of the Mr. Olympia title and all international film star, Arnold shares his secrets to dedication, training, and commitment, and shows you how to take control of your body and realize your own potential for greatness.
Read more
Other Formats: Hardcover , Paperback 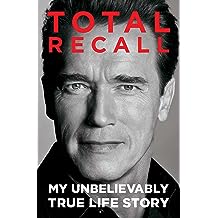 Total Recall: My Unbelievably True Life Story Oct 1, 2012
by Arnold Schwarzenegger
( 2,130 )
$17.99
THE GREATEST IMMIGRANT SUCCESS STORY OF OUR TIME
His story is unique, and uniquely entertaining, and he tells it brilliantly in these pages.
He was born in a year of famine, in a small Austrian town, the son of an austere police chief. He dreamed of moving to America to become a bodybuilding champion and a movie star.
By the age of twenty-one, he was living in Los Angeles and had been crowned Mr. Universe.
Within five years, he had learned English and become the greatest bodybuilder in the world.
Within ten years, he had earned his college degree and was a millionaire from his business enterprises in real estate, landscaping, and bodybuilding. He was also the winner of a Golden Globe Award for his debut as a dramatic actor in Stay Hungry.
Within twenty years, he was the world’s biggest movie star, the husband of Maria Shriver, and an emerging Republican leader who was part of the Kennedy family.
Thirty-six years after coming to America, the man once known by fellow bodybuilders as the Austrian Oak was elected governor of California, the seventh largest economy in the world. He led the state through a budget crisis, natural disasters, and political turmoil, working across party lines for a better environment, election reforms, and bipartisan solutions. With Maria Shriver, he raised four fantastic children. In the wake of a scandal he brought upon himself, he tried to keep his family together.
Until now, he has never told the full story of his life, in his own voice.
Here is Arnold, with total recall.
Read more
Other Formats: Kindle Edition with Audio/Video , Audible Audiobook , Hardcover , Paperback , Audio CD , Multimedia CD 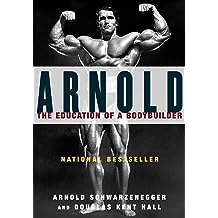 I still remember that first visit to the bodybuilding gym. I had never seen anyone lifting weights before. Those guys were huge and brutal….The weight lifters shone with sweat; they were powerful looking, Herculean. And there it was before me—my life, the answer I'd been seeking. It clicked. It was something I suddenly just seemed to reach out and find, as if I'd been crossing a suspended bridge and finally stepped off onto solid ground.

Arnold shares his fitness and training secrets—demonstrating with a comprehensive step-by-step program and dietary hints how to use bodybuilding for better health. His program includes a special four-day regimen of specific exercises to develop individual muscle groups—each exercise illustrated with photos of Arnold in action.

For fans and would-be bodybuilders, this is Arnold in his own words.
Read more
Other Formats: Hardcover , Paperback , Mass Market Paperback 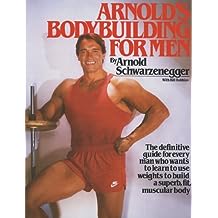 Arnold's Bodybuilding for Men Jul 17, 2012
by Arnold Schwarzenegger
( 192 )
$16.99
The complete program for building and maintaining a well-conditioned, excellently proportioned body -- for a lifetime of fitness and health.

In Arnold's Bodybuilding for Men, legendary athlete Arnold Schwarzenegger shows you how to achieve the best physical condition of your life. For every man, at every age, Arnold outlines a step-by-step program of excercise, skillfully combining weight training and aerobic conditioning. The result -- total cardiovascular and muscular fitness.

Arnold's program of exercise features stretching, warm-up and warm-down routines, and three series of exercises, each more ambitious than the last, all calculated to help you progress at your own speed. In addition, Arnold contributes important advice about equipment, nutrition and diet, and getting started on your program of exercise.

Special sections of Arnold's Bodybuilding for Men cover training for teenagers, exercises designed to keep you in shape on the road or when you can't get to the gym, and the regimen Arnold followed to win his seven Mr. Olympia titles.

Illustrated with hundreds of photographs of Arnold and other top bodybuilders, Arnold's Bodybuilding for Men will help every man look great and feel terrific.
Read more
Other Formats: Hardcover , Paperback , Mass Market Paperback 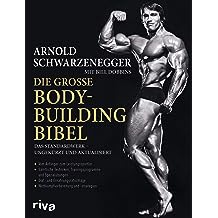 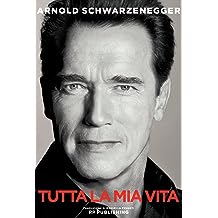