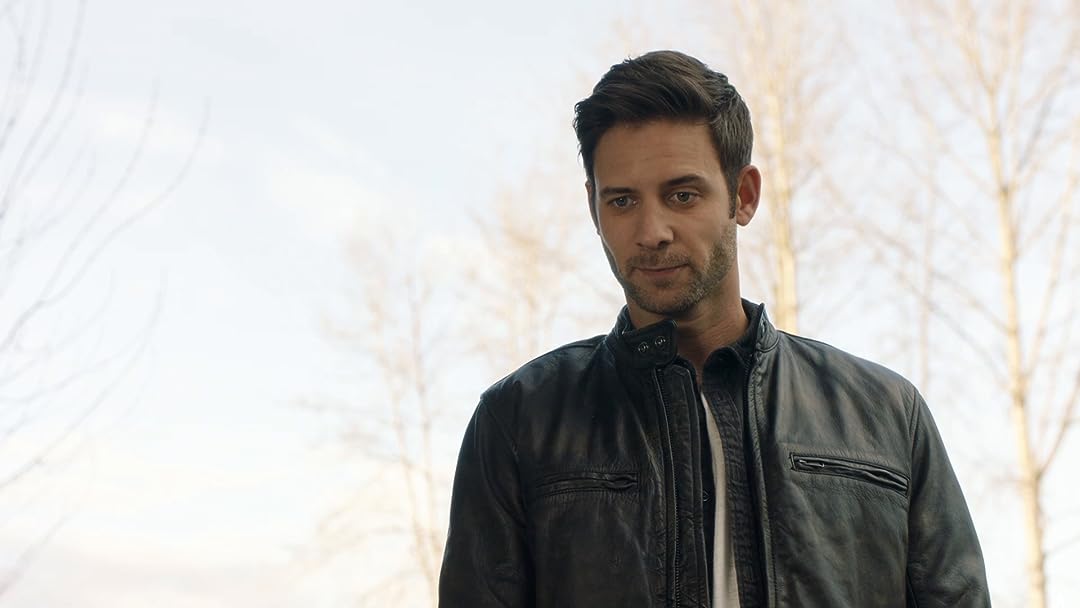 The Art of Us

(8)
6.51 h 23 min2017ALL
Sparks fly when a dog walker with hidden artistic talent becomes the subject of an art history professor's plans to impress her employers at an art exhibition.

RomComConnoisseurReviewed in the United States on October 2, 2021
2.0 out of 5 stars
Cannot root for her because of her abject and willful deceitfulness
Verified purchase
Some deception in the story is common, but usually due to circumstances uncontrollable. This was simply self-serving and unjustifiable. Could not wish her the best, even though the two were good together. I think it's a terrible script.

Jilly JillReviewed in the United States on September 20, 2021
4.0 out of 5 stars
2 Artists that find each other through a scruffy little dog
Verified purchase
Good movie. Sad the van gogh lie cost them the big event, it wasn't really a lie, his family thought he was most likely a descendent, so they should have said that.
But it was all worth it to find love and their art passions again.

MistyReviewed in the United States on August 26, 2021
5.0 out of 5 stars
Delightful
Verified purchase
A delightfully romantic movie with chemistry and whimsical writing.
One person found this helpful

H. BalaReviewed in the United States on July 17, 2021
4.0 out of 5 stars
Hallmark's other stab at Pygmalion (remember The Makeover with Julia Stiles?)
Dr. Harper Higgins (Taylor Cole) is at the crossroads. A PhD in art history, she toils away at the Cambridge Institute, in the Fine Arts department. She also moonlights as a painting instructor at the local arts collective. A mere adjunct professor, Harper longs to be tenured at Cambridge. And she thinks she's got an in. Maybe she's right. She's landed the coveted curating gig for Cambridge's next big art gallery. She's snagged a big name artist, Armand, to feature as the main attraction.

THE ART OF US tracks what goes down after Harper' celebrity artist cancels on her, thus jeopardizing the art show, thus jeopardizing her tenure. A scrambling Harper promises her bosses she can come up with a worthy replacement. She's got three weeks.

Side note: Harper has an incorrigible tiny dog named Vincent, and it doesn't help that Vincent is always underfoot. When she's recommended a dog walker, she takes a chance.

Let's step away from Dr. Harper Higgins for a sec so we can meet professional dog walker Tom Becker (Steve Lund). There are more colors to Tom than just dog walker. He's an ex-Army guy who resides on a shabby houseboat, never mind that the iffy electrical wiring on the rickety thing is causing him endless grief.

Tom took Art Therapy 101 at the V.A. hospital as a way to cope with re-entering civilian life. And, turns out, he's a natural at painting. But since he's also a dog walker, here's his latest client, Dr. Harper Higgins. And as Tom and Harper become friends, and as she steals a peek at his paintings, she begins to hatch a plan. And when Tom mentions in passing that he may be distantly related to Vincent Van Gogh, there's her plan coalescing.

You and I know that Harper's plan is going to have serious blowback; it's such a foolhardy scheme. But I bought into the premise and the wacky proposed deception. Taylor Cole is one of my Hallmark crushes. She's very easy on the eyes and is terrific in these Hallmark parts. She and her co-star Steve Lund generate sparks. I actually thought there'd be more of a PYGMALION/MY FAIR LADY parallel than there actually was. But, no. No frightful lessons on manners and elocution. No slippers fetched. No getting to the church on time. Oh, well. At least we get a nice dive into the world of art and, pointedly, the world of Van Gogh. Most times, in these Hallmark pictures, the main character is presented as someone who's good in their profession, but then the movie fails to show it. Here, Dr. Higgins demonstrates that she knows what she's talking about, never mind that there's a sub-plot concerning her insecurities over her own painting abilities. See, she quit painting when her art exhibit the year before received scathing reviews from the art critics, one of whom was her boyfriend (unsurprisingly now her ex-boyfriend).

THE ART OF US is an amiable 2017 Hallmark rom-com that has solid rewatchability. As mentioned, I appreciated the attention to detail put into the art world backdrop. And I appreciated the paintings that were exhibited. Whoever really painted Tom's artwork is seriously talented. I wouldn't mind seeing some of them on my wall, as well as Dr. Higgins' final painting. Dr. Higgins, who, it turns out, was insecure over nothing.

Erikka Ingebretsen Reviewed in the United States on August 18, 2021
3.0 out of 5 stars
Pedigree
Verified purchase
What I disliked was the false assumption that to be an artist one needs to have formal training. what makes an artist is their creativity and creativity is not something that can be taught, technique and theory can be taught, creativity is inherent. Becker a fraud as far as genealogy, but not his ability to create. The Browning character was like so many stuffed shirt professors too full of themselves to adequately teach that I encountered in art school.
2 people found this helpful
See all reviews
Back to top
Get to Know Us
Make Money with Us
Amazon Payment Products
Let Us Help You
EnglishChoose a language for shopping. United StatesChoose a country/region for shopping.
© 1996-2022, Amazon.com, Inc. or its affiliates