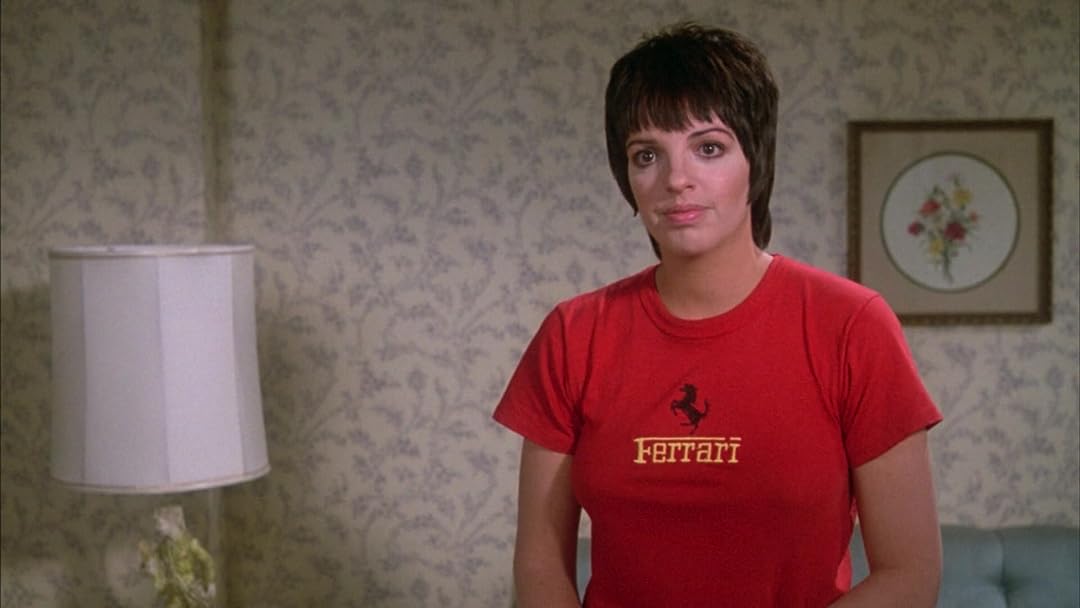 (4,089)
6.91 h 37 min1981X-RayPG
The world's richest and most lovable drunk risks everything when he falls in love with an irascible waitress in the hilarious comedy starring Dudley Moore and Liza Minnelli.

PJPReviewed in the United States on February 7, 2018
5.0 out of 5 stars
Nothing tops this classic....
Verified purchase
This is the TRUE CLASSIC.. Forget Russel Brand... This is one of Moore's best films.. It is about a rich man being forced into a relationship with a woman he does not love.. But when he is told that his money will be cut off if he and Susan do not wed.... One of the fondest memories of childhood comes back in this classic... Hobson was my favorite as he was more of a dad to Arthur then the person's real dad... This movie will make you laugh and cry... The newer version will NEVER be as good as this one... Arthur is one that never gets old...
30 people found this helpful

The Tally HoReviewed in the United States on January 11, 2019
4.0 out of 5 stars
Pros & Cons without Spoiler
Verified purchase
Arthur is a 1981 U.S. comedy film written and directed by Steve Gordon. It stars Dudley Moore, Liza Minnelli, & Sir Arthur John Gielgud. Here are the pros & cons as I see it, I hope this helps.
Pros:
1. Overall a fun & funny movie
2. The acting is good
Cons:
1. I don't think Arthur needed to ortrayed be so drunk all of the time
2. If you are sensitive about films involving an alcholic, then this film might not be for you

maggieReviewed in the United States on November 14, 2017
5.0 out of 5 stars
First rate comedy with brilliant performances by three leads, Dudley Moore, John Gielgud and Liza Minnelli.
Verified purchase
They can remake this movie a hundred times but they'll never get another actor to play Arthur as hilariously as Dudley Moore. He was so good, he raises this movie to a new level, with his pixilated millionaire who drinks way too much and spoils himself rotten, and the butler, brilliantly portrayed by the staid British Shakespearean actor, John Gielgud. Those two get involved in the life of young Liza Minelli, who shoplifts in order to get a birthday gift for her father.
11 people found this helpful

WC AlaskaReviewed in the United States on September 26, 2015
5.0 out of 5 stars
Arthur must marry his destiny-- but will he really find happiness? A wonderful 80's movie
Verified purchase
Arthur is an overgrown child in a 40something body that refuses to grow up. His parents and grandmother have pre-arranged a marriage to very wealthy heiress Susan, a well intended, but too straight laced match for the juvenile delinquent Arthur. He needs to resolve himself to the marriage because the resulting union will result in over a billion dollar estate.

The movie opens with Arthur drunkenly babbling in the back seat of his 500,000 cream colored Rolls Royce, looking for company on the streets of New York. He eventually ends up home with a lady of the night where Arthur's servant, Hobson, quickly expels the lady. The two banter and it's obvious they've known each other since Arthur was a boy. He sort of follows directions from Arthur with the ever present brilliant humor that the English are so well known for.

Arthur is at a fifth avenue men's store when he spots Linda Morolla, a very cute, witty, and bubbly waitress in New York. She is caught stealing a tie, and on the way out of the building a security stops her. Arthur follows her out and intercedes and saves her, but after he forces a kiss from her, claiming he's her husband.

What ensues are the antics the two engage in while Arthur painfully moves closer to his wedding date to the very wealthy, innocent Susan ultra rich heiress. Susan's father basically intimidates Arthur and tells him after marriage he will employ him in his business and "straighten him out."

Arthur faces a major dilemma in his life. Does he want to fulfill the family destiny and create a billion dollar dynasty, or chase after the cute, smart girl waitress from the Bronx? You'll have to watch the movie and find out. While the humor and surroundings are dated, the story is still beautiful and very funny and witty.

Amazon CustomerReviewed in the United States on January 1, 2020
5.0 out of 5 stars
Funny and Sentimental
Verified purchase
This movie, unlike any other I've seen, is able to show how to balance a life of pleasure with a life of responsibilities. Arthur, a millionaire, wants to spend all of his money on spendthrift ways. Then he meets Linda and there is a shift in himself. He realizes that he loves her so much that he can't be happy without her, but, when tension rises because she is poor, Arthur chooses his money over Linda. Eventually, he changes his mind and decides to leave all of the money to be poor, yet happy in love with her. He comes to realize after all these affairs that his sacrificial love for Linda is more important and meaningful to him than all of his money. Thankfully, he is able to get some of it back and be rich with Linda for a happy ending.
However, the humor is what will draw most people to the movie. The relationship between Arthur and his server, Hobson, is both serious and funny at the same time. Hobson takes care of Arthur, but that does not stop them from being friends and joking with each other. The strength of their friendship, though, is best seen when Hobson is going to die. Arthur, ever playful, has to grow up and come to the reality that his best friend is dying. Although it isn't easy for him to do this, growing up in this instance for his friendship helped him grow in his romantic relationship as well and influenced his decision to take Linda over the money.
2 people found this helpful

RockytopReviewed in the United States on October 25, 2021
5.0 out of 5 stars
Nostalgia
Verified purchase
I purchased this DVD on a whim as I remembered liking it on cable in the 80s. On the recent viewing- it was fine, parts were funny, but the content is a bit dated. This is a fish out water love story. Minnelli is at her prime, as is Dudley Moore. And most people watching this movie will loves John Gielgud as a caring, aging butler with a dry sense of humor. Therese also a great rich old Protestant woman named Martha, played by classic actress Geraldine Fitzgerald. If you are someone who doesn’t like Dudley Moore- well then- skip this movie.

Mike McGowanReviewed in the United States on April 27, 2016
5.0 out of 5 stars
REMARKABLE COMEDY
Verified purchase
Another of my favorite movies the comedic genius of Dudley Moore is rampant here and never lets up. It's an absolute crime that mr. Moore is no longer with us. and the same goes for Hobson- John Gielgud's character with the dead Pan delivery of one liners and his caring nature for his care-Arthur being just perfect for this movie. It's just a fun movie that although is a laugh a minute, does have some points in it that show some hints of a serious undertone and field it expertly. I think so highly of it I own in in VHS DVD & Amazon's video streaming formats. A must see if you love to laugh
10 people found this helpful

KonreiReviewed in the United States on May 30, 2008
4.0 out of 5 stars
"Tell her Chief Inspector Flanigan from Homicide is here. That'll get her down in a hurry!"
Verified purchase
DIALOGUE QUOTED

The late, great comedic genius Dudley Moore does a star turn as Arthur Bach the lovable lush in this 1981 comedy also starring Liza Minnelli as the love of his life, Linda Marola, and Sir John Gielgud as Hobson, his snooty but faithful manservant.

ARTHUR could not have been made today. His incessant drinking, comic then, would be considered so Politically Incorrect today that nobody would want to touch it---the sequel, ARTHUR 2: ON THE ROCKS, released a bare two years later, was already being criticized as too flippant in its treatment of alcoholism. So went the Reagan Revolution.

Regardless of the political climate, ARTHUR is a funny film. The witty by-play between the two Englishmen, Moore and Gielgud, is so dry snd razor sharp it has yet to dull after twenty seven years and countless viewings. Moore described their dialogue as "the give-and-take between two RAF pilots during the War," and that is as accurate a description as can be found anywhere---

"Arthur, I see no reason to continue this conversation [with Linda Marola]; that is, unless you're planning to knock over a fruit stand later on this evening."

Linda [To Arthur]: "What should I wear?"
Hobson: "Steal something casual."

Bert Johnson [Athur's father-in-law-to-be]: "I protect what's mine. And I do it in an ugly way."
Arthur: "Um...I can see that."
Bert Johnson: "I killed a man when I was eleven years old."
Arthur: "When you're that age I bet you don't even know there's a law against that."
Bert Johnson: "He was hungry. He came into our house. To steal our food."
Arthur [waving a hand]: "Oh. Well, he was just asking for it."
Bert Johnson: "I took a knife. And I stabbed him in the kitchen."
Arthur [horrified]: "I guess your family ate out that night...what...with that man... lying there on the...floor."

---and so on. ARTHUR contains some of the funniest and most memorable one-liners ever written for the screen, and the dichotomy between Arthur's stuffy Old Money family, the gentle Arthur, and the solid working class Linda is riotous. When viewing ARTHUR, I am always surprised at how fast this film moves along, the hallmark of an enjoyable experience.

With nary a slow spot, ARTHUR is guaranteed to entertain.
8 people found this helpful
See all reviews
Back to top
Get to Know Us
Make Money with Us
Amazon Payment Products
Let Us Help You
EnglishChoose a language for shopping. United StatesChoose a country/region for shopping.
© 1996-2022, Amazon.com, Inc. or its affiliates