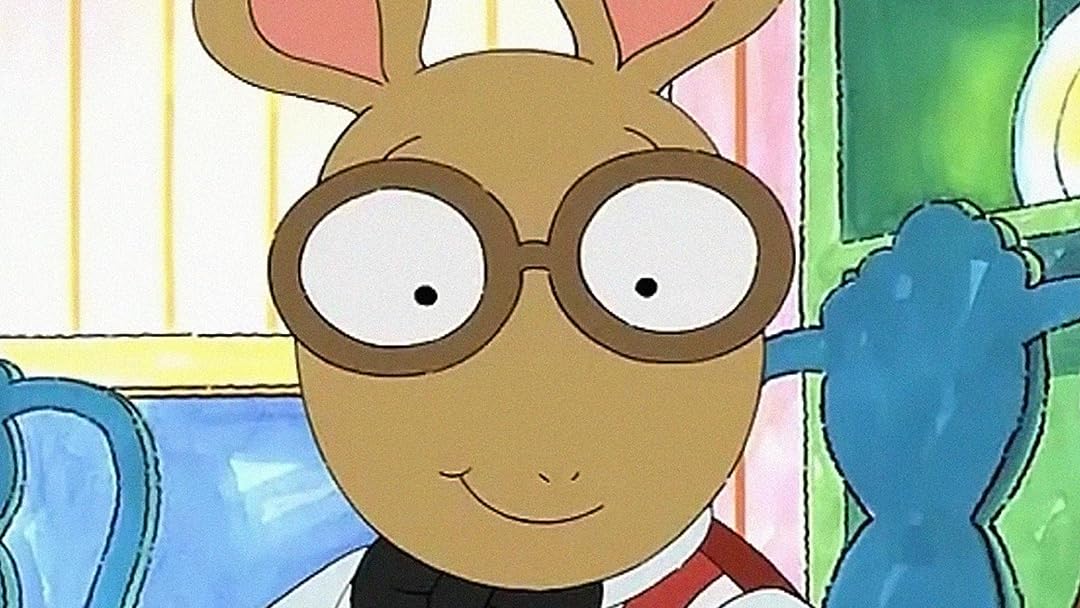 Included with PBS KIDS on Amazon for $4.99/month after trial

Watch with PBS KIDS
Start your 7-day free trial
Add to
Watchlist
By ordering or viewing, you agree to our Terms. Sold by Amazon.com Services LLC.
Write review

chongReviewed in the United States on November 4, 2017
5.0 out of 5 stars
Childhood
Verified purchase
I used to watch this movie on the tv when I was a child (I am 24 now) and I still watch it. It's by far the best show I saw as a child. It would come on every Christmas at 7 am when I was a child on pbs. It's doesn't come on now or for the last decade or so. And it's been such a bummer. I used to never received any gifts for Christmas because my parents could never afford anything. I didn't realized this as a child, but I know now. And what made it better was this coming on and watching it Christmas, year after year of no gifts, this movie that came on at 7 am would be the only thing consistent that would be around on Christmas. So I just though I was a bad kids growing up, but watching this movie made me feel better. It's was literally my childhood and when it stop coming on, it broke my heart. Now that I am older, I can afford things for my family, nieces, and nephews. And I saw today that it was on prime. I literally cried while I put it on for them. This movie makes my heart melt.
24 people found this helpful

Joking aside. The a main theme of the story is discussing the Christmas traditions of various cultures. While normally these story lines attempt to ruin any sort of holiday magic you might be into, all were covered in a very kid-friendly way that won't ruin things for your child.

Amazon CustomerReviewed in the United States on July 10, 2017
5.0 out of 5 stars
Very cute movie :)
Verified purchase
My son was always into Arthur as a child, even going so far as to "meet Arthur" at a bookstore when he was 3 years old. Arthur always had such a prevalence in our lives that I think I became attached to Arthur, too. :) So it's probably no surprise that I really love this DVD. I also love all things Christmas. So Christmas plus Arthur... well... winner winner chicken dinner!! :) :) :) (Yes, I am kidding. I don't really sound like that.) ;) Anyway, this is a super cute movie, and if you love Christmas cartoons, or if you love Arthur cartoons, OR if you love Christmas cartoons FEATURING Arthur, then you are certain to enjoy this DVD. :)
5 people found this helpful

Janet BoyerReviewed in the United States on November 23, 2005
5.0 out of 5 stars
Excellent Holiday Movie!
Verified purchase
If you're familiar with the Arthur program airing on PBS, you already know just how clever this show can be. Created by Marc Brown and based on his books, Arthur Read is an aardvark who shares adventures (and misadventures!) with friends like Buster Baxter (a rabbit), Francine Frensky (a monkey), Binky Barnes (a bulldog), Muffy Crosswire (a very RICH monkey), and others. Arthur is often at odds with his little sister D.W. (Dora Winifred) which makes for much of the shows comedic moments.

In Arthur's Perfect Christmas, the scene begins with Arthur sitting at the piano, softly playing Pachebel's Canon. This movie, like the TV show, uses day-dream sequences--and Arthur plunges into a snazzy song called "Perfect Christmas". You see, this holiday, Aruthur wants it to be absolutely PERFECT...but things go wrong in the town of Elwood City, for both Arthur AND his friends!

For example, Muffy expects Francine to attend her big Christmas party, but Francine has told Muffy REPEATEDLY that her family is having a Hannukah gathering the same night. What happens when Francine doesn't show up for the party to receive her present?

Buster Baxter worries about his Mom who seems to obsess over having a perfect Christmas for her son, especially since the divorce. Buster comes up with "Baxter Day" which takes the pressure of his Mom and displays the true meaning of the holidays--love and kindness.

Arthur searches the mall for presents for his parents, D.W. is desperate for a Tina the Talking Tabby (whose theme song haunts Arthur everywhere he goes!), Uncle Fred makes an unexpected visit on his way to a Floridian Christmas, and Arthur's Dad insists on making an "authentic" dinner that was likely served in Bethlehem over 2000 years ago.

Holidays such as Kwanzaa and Hanukkah are also highlighted making this a fun and informative DVD.

I bought the Arthur's Perfect Christmas DVD for my son several years ago and it's STILL his favorite. I just brought out the Christmas DVD's and VHS's and he plays this one several times a day. It's filled with fun songs (24 of them!), witty banter, and clever wordplay. Not only that, there's a great message that expectations often disappoint and that a wonderful experience can arise out of mishaps and situations not going as planned.

This 60 minute DVD doesn't have any extras (except for previews of other Arthur DVD's), but this excellent movie is well worth the price in my opinion. My husband and I get a kick out of the cleverness shown in Arthur TV series and this movie is no exception. And as I said, it's my son's favorite holiday movie.

MTWReviewed in the United States on November 17, 2012
5.0 out of 5 stars
A great special episode of a wonderful series
Verified purchase
I already knew what I was getting when I ordered this; I've seen the televised special about a dozen times. Our local PBS station has not been broadcasting it recently, so when I saw it was coming to DVD (and at a great price)I just grabbed it. This disc is pretty bare-bones, but I wasn't getting it for behind-the-scenes information or a lofty commentary. I just wanted to see Arthur and his friends. This does the trick.

The special is an hour instead of the series' usual half-hour. The extra time is nicely used to show the different ways that Arthur's friends celebrate the holidays. We learn that the Brain and his family celebrate Kwanzaa, that Francine and the rest of the Frenskys go to the movies on Christmas, and that Muffy is too oblivious to realize that her insistence on Christmas parties and trappings is offensive to her friend Francine. We see Buster and his mother, and a sweet, sweet depiction of how Binky Barnes spends his Christmas. DW and her lust for this year's Christmas "it" and Arthur's wish to give his mother the perfect present are the components of the A story.

Sweet, gentle, appealing to both children and adults, "Arthur's Perfect Christmas" is a treasured addition to our holiday movie/special stash.
2 people found this helpful

MamiD2Reviewed in the United States on February 4, 2016
5.0 out of 5 stars
I loved this movie
Verified purchase
I loved this movie. Although it does not go into depth of all of the different holidays celebrated outside of christmas or christmas itself, it is one of the only kid shows that actually exposes children to the existence of these other holidays. It's a kids show so its obviously not going to go into great detail and it has a great message that sometimes we place these huge expectations on holidays and in turn they become very materialistically driven when in reality the importance is enjoying the day itself with those you love.
3 people found this helpful

thugninjahReviewed in the United States on January 12, 2018
5.0 out of 5 stars
This was a family favorite growing up
Verified purchase
This was a family favorite growing up. I enjoy sharing this with my children. Minor complaint is that I can think of at least 2 places in songs (Baxter Day and I Can't Call Francine) where it must have been rerecorded because it's not performed the exact same way. Still, this is a very underrated Christmas/Holiday movie (Hanukkah and Kwanza are also discussed).
One person found this helpful

AdrianneReviewed in the United States on November 29, 2012
5.0 out of 5 stars
Perfect is right!!
Verified purchase
Arthur's Perfect Christmas is a tradition in our family. It used to be shown on PBS Kids every year and so we got the CD so we could sing the songs in the car. Then they stopped showing it and it wasnt available on Netflix so I bought the DVD. My 16 year old son who grew up with Arthur was so happy to share the movie with his 8 year old sister who hasnt seen it since she was very little. Francine sings a Hanukkah song and The Brain a Kwanzaa song and there is just so much holiday fun - this will very quickly become a favorite in your house, as well!!
See all reviews
Back to top
Get to Know Us
Make Money with Us
Amazon Payment Products
Let Us Help You
EnglishChoose a language for shopping. United StatesChoose a country/region for shopping.
© 1996-2022, Amazon.com, Inc. or its affiliates