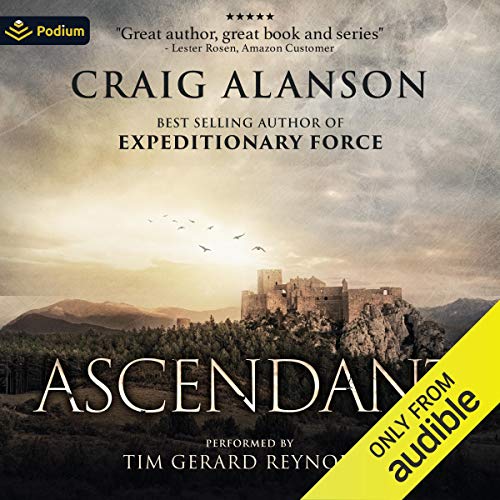 4.4 out of 5 stars
4.4 out of 5
304 global ratings
How are ratings calculated?
To calculate the overall star rating and percentage breakdown by star, we don’t use a simple average. Instead, our system considers things like how recent a review is and if the reviewer bought the item on Amazon. It also analyzes reviews to verify trustworthiness.

Denny DimwitTop Contributor: Fantasy Books
1.0 out of 5 stars Juvenile, cliche and stupid.
Reviewed in the United States on July 3, 2018
Verified Purchase
Imagine you discover a young teenager who, in the fight between Light and Darkness, will determine the world's fate. So, what do you do as a wizard of the Light? If you wouldn't accuse the kid of cowardliness, dereliction of duty, and the attempted assassination of the Crown Princess, lie to him, turn him into a servant drudge, and make him false promises, if you wouldn't announce that he is wanted dead or alive when he flees your accusations, if it occurs to you that that doing that would be completely insane, then you will share my contempt for this story's arc. It may possibly be enjoyed by 10-15 year olds, especially those willing to swallow the convoluted and completely implausible explanation of why the (insane) decisions are what they are. "Well", the wizard says, "This kid will sooner or later learn I've continued to lie to him, and while I don't know when, I will assume that it will be after he turns 16 because, well because otherwise I wouldn't try lying to him. If that makes sense to you, this book might be for you.
Read more
15 people found this helpful
Helpful
Report abuse

Kappy
4.0 out of 5 stars Fun Read
Reviewed in the United States on July 18, 2019
Verified Purchase
I have been reading Craig Alanson's other series "Expeditionary Force", and decided to give his other series of books a try. Needless to say, the Ascendant series hasn't disappointed. The main character, Koren, is developed in a way that you can get into his head and feel the internal conflicts. It's not often that I find myself attached to a character and really wanting to know more.

In all, the book is a fun read. I found it difficult to put down, once the story hit its paces. It's not a literary masterpiece, which is why I didn't give it 5 stars. I plan on continuing to read the series as it is well done.
Read more
4 people found this helpful
Helpful
Report abuse

Amazon Customer
3.0 out of 5 stars Emersion with the characters
Reviewed in the United States on March 19, 2018
Verified Purchase
Liked Expeditionary Force series by Craig Alanson, so am listening to 1st Ascendant series. However I think this is more juvenile and not that much to my taste. Am about halfway into this book and will finish it, but doubt (at this point) i'll read the next in the series.
Read more
13 people found this helpful
Helpful
Report abuse

Marethyu
3.0 out of 5 stars Good start
Reviewed in the United States on June 20, 2018
Verified Purchase
I liked a lot of things about this book and I'm looking forward to continuing the series. It probably could use an editor though as it seems a bit long for what actually occurred, and I like epic fantasy. Some parts also seem kind of derivative, with possibly unavoidable similarities to LOTR and Harry Potter, but there's enough that is unique that it held my interest.

I also found the omniscient narrator to be distracting and confusing as it would dip into the thoughts of different characters seemingly randomly at times. Since a lot of the plot was about misunderstandings and half-truths, this had the benefit of giving us different characters' perspectives, but also struck me as weird. I guess I'm just so used to a limited third person that it felt out of place.

Overall, it was a good start. It feels very different from Alanson's other series, where it is his humor that really shines through. It was good to see the versatility in his writing style.
Read more
4 people found this helpful
Helpful
Report abuse

LegalEagle
1.0 out of 5 stars Tedious whiny hero, repetitive whining, nothing funny, nothing like EF series
Reviewed in the United States on June 7, 2021
Verified Purchase
I bought this series to support Craig Alanson because the Expeditionary Force series is so good.
This is nothing like that series in any way. There's no humor at all.
It's a formulaic fantasy series. The young hero whines his way through every scene. Literally middle of battle scene enemy "almost upon him" and it goes into 5 minutes of whining self doubt that's EXACTLY THE SAME whining as the last 10 times. Hit fast forward, still whining. Never learns anything or works for anything.
There's not a single likable character. Every plot exposition is repeated back and forth in tedious plodding filler discussions with the same dialog appearing 5-6 times per discussion.
I seriously doubt Craig Alanson wrote this, smells like a ghost writer.
All the 5 star reviews must be from his reading list or something. It's probably the most tedious fantasy I've ever listed to.
Read more
Helpful
Report abuse

Lambert
5.0 out of 5 stars Excellent Story Line
Reviewed in the United States on January 8, 2018
Verified Purchase
I love fantasy and science fiction, i guess it is the dreamer in me. My wife on their hand confuses klingons for vampires and thinks 7 of 9 is just and odd fraction (heheh) and could care less for my world of make believe. So when I can recommend a book that I know she will enjoy just as much as me it truly is remarkable.

I first read Craig Alanson is his world of Skippy the Magnificent. Hilarious story and he has now proven truly an excellent author able to creat a great storyline in both Sifi and Fantasy.

Headly
VINE VOICE
5.0 out of 5 stars Adventure Awaits
Reviewed in the United States on July 2, 2018
Verified Purchase
Our young hero finds himself alternating between utter despair and soaring happiness which occurs at a regular sequence throughout the book. His early life is poor but happy till superstitious towns folk brand him a Jinx. This begins his journey to a realization that he actually may be a Jinx to all around him but in fact is quite the opposite. Castles, a lovely young princess,town bullies,castle intrigue and a kindly wizard all combine to give this first in a,series book ,a Princess Bride feeling that could be told on cold night in front of a warm and cozy fire...or in my case a recliner in the beginning of summer.
If you like a great story about a young man that doesn't have the slightest idea how special he actually is....then get this book now and enjoy.
Read more
4 people found this helpful
Helpful
Report abuse

JH
3.0 out of 5 stars Great story
Reviewed in the United States on July 18, 2017
Verified Purchase
Interesting story but it contains lots of typos, so it can be hard to follow at times. Climaxes are a bit lacklustre and the ending is a bit abrupt
Read more
12 people found this helpful
Helpful
Report abuse
See all reviews

Dawn Nettleton
5.0 out of 5 stars Great book would of paid more
Reviewed in the United Kingdom on January 27, 2016
Verified Purchase
Well what can I say, finally a coming of age book where everything doesn't just fall into place right when the author needs to get the story going! The main character is likeable but open with his emotions as are the rest of the motley crew, as stated in other reviews the lies are there and you can see the, coming apart in a genuine way and the system of magic is well thought out which is often a problem for me the character although powerful is not throwing lighting within five chapters and the main magic user actually feels concquenses for using it overall I found the book a great read and although I've highlighted some key point for me there are many more to find out for yourselves and I look forward to the second instalment coming soon (hopefully)
Read more
2 people found this helpful
Report abuse

Nic M
5.0 out of 5 stars Unusual hero
Reviewed in the United Kingdom on November 7, 2016
Verified Purchase
This is not my usual style of book however it had me involved fairly quickly.

I'm not sure if this story is far in the future after civilisation has collasped and is rising again or if its a parallel universe either way it's a well writen, well imagined story.

Read it, its quite "unputdownable".
Read more
One person found this helpful
Report abuse

Craftycat
5.0 out of 5 stars What a great start!
Reviewed in the United Kingdom on November 15, 2017
Verified Purchase
This is the first in the series & it sets the scene beautifully. We are introduced to the area, the people & to the magic.
Koren loses everything because of his magic, only thing is Koren doesn't realise he is a magician. It is decided that he is too young to be told about his magical abilities.
With a
Read more
Report abuse

Stuart
5.0 out of 5 stars Swords and sorcery and a young boy with unsuspected talents...
Reviewed in the United Kingdom on December 6, 2017
Verified Purchase
An excellent YA novel - Game of Thrones meets Lord of the Rings without GOT's rude bits. Very good story telling that sucks the reader in and seamlessly spins along - good plotting and dialogue. This is book one of the trilogy - get ready to buy all three once you've read this one!
Read more
Report abuse

Kindle Customer
3.0 out of 5 stars Light easy read
Reviewed in the United Kingdom on August 2, 2017
Verified Purchase
Really aimed at younger age range. Characters are 2 dimensional, and not credible. Aged 11 or12 I would have loved it.
Read more
One person found this helpful
Report abuse
See all reviews
Back to top
Get to Know Us
Make Money with Us
Amazon Payment Products
Let Us Help You
EnglishChoose a language for shopping. United StatesChoose a country/region for shopping.
© 1996-2021, Amazon.com, Inc. or its affiliates