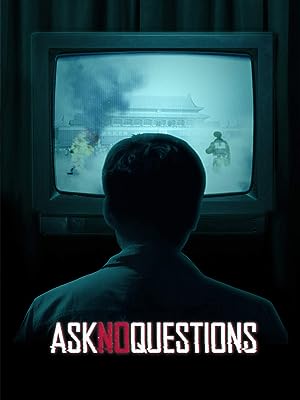 (43)6.61 h 19 min2020NR
A Chinese state TV insider is held in a Clockwork Orange-style brainwashing facility until he accepts the official narrative on a fiery public suicide that he believes was a government plot.

Crystal and DerekReviewed in the United States on September 6, 2020
2.0 out of 5 stars
Tough situation, tougher to sit through...
Verified purchase
We all know China does stuff like this, it has become pervasive in western culture too. I expected this to tie to western issues, and not solely a deep dive into Chinese dysfuntion.
One person found this helpful

Gersom GamezReviewed in the United States on December 25, 2020
5.0 out of 5 stars
A must see on what the CCP is not transparent about.
Verified purchase
You must watch it!
The CCP has been doing a lot of corruption up to the present.
Very interesting how they get away with it.

Suzanne CondonReviewed in the United States on November 22, 2020
5.0 out of 5 stars
This maybe the future for America if we don't stop them.
Verified purchase
Well done documentary. I feel for the brave citizens of China.
One person found this helpful

John W MoranReviewed in the United States on July 7, 2020
5.0 out of 5 stars
An Incredible Documentary
This is a shocking story about the horrible depths to which the Chinese government will go to brutalize its own citizens and spread propaganda. It’s also an amazing story about people who had the courage to stand up for the truth at great personal risk.

To this day the Chinese Communist Party and its propaganda agents (including some Westerners who’ve been bought off) are spreading disinformation about Falun Gong around the world. To this day, the CCP falsely imprisons, tortures and kills people for exercising freedom of belief, including Falun Gong, Tibetan Buddhists, Uyghur Muslims, House Christians and others. The whole world should learn the truth about the current Chinese government’s evil acts, and this documentary is a great place to start.

CynthiaReviewed in the United States on July 8, 2020
5.0 out of 5 stars
Incredibly
Big thank you to the directors and the entire ANQ team for being brave enough to cover this story!

The gross violations of human rights by the Chinese Communist Party are slowly but surely becoming increasingly evident in the West now. I was lucky enough to be born in the States where I can freely peruse independent media sources that are critical of the current administration, but this documentary really sheds a light on the depth of mainland Chinese propaganda. I was horrified by the cruelty of the CCP but also glad to know the truth.

I would highly recommend this documentary to any other ethnic Chinese people living abroad! My parents participated in the Tiananmen Protests but my personal experiences are wholly American, so this documentary really helped me understand the current situation in China.
2 people found this helpful

TexasGuyReviewed in the United States on October 29, 2020
5.0 out of 5 stars
Chilling
I started watching with only a modicum of interest in the subject, but was quickly engaged by the filmmaker's skillful storytelling and top-notch editing. This is eye-opening for many Westerners like myself who don't realize the depths to which the Chinese Communist Party will resort to in order to advance their narrative and maintain control of the populace. I found this documentary alarming and surprisingly moving as well. I have the highest of respect for the Chinese who have/had the courage to stand up to government falsehood, lies, and manipulation in order to maintain their integrity and fight for truth! It also reminds me of what goes on here in North America, albeit in a slightly-less sinister fashion, and what could happen to us if we ever lost our freedom of speech and freedom to protest. Not a "fun" film to watch, but an important one.

Daniel PriceReviewed in the United States on July 1, 2020
5.0 out of 5 stars
great
great
One person found this helpful
See all reviews
Back to top
Get to Know Us
Make Money with Us
Amazon Payment Products
Let Us Help You
EnglishChoose a language for shopping. United StatesChoose a country/region for shopping.
© 1996-2021, Amazon.com, Inc. or its affiliates