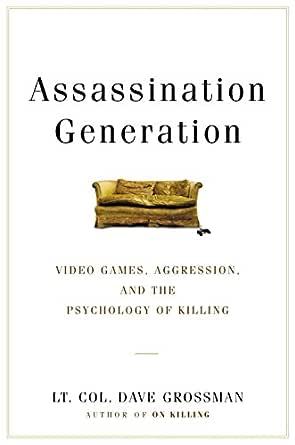 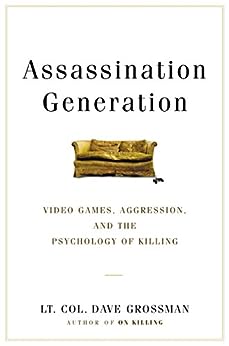 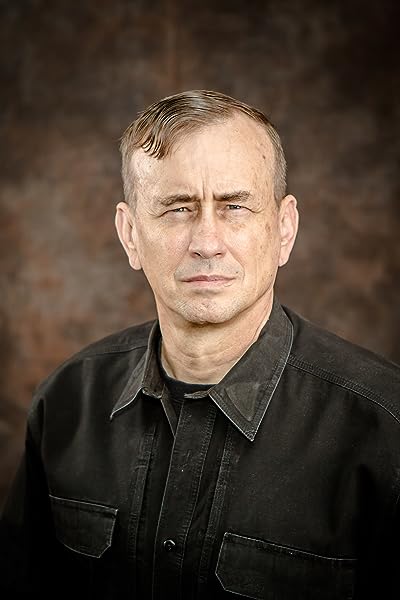 Ask Alexa to read your book with Audible integration or text-to-speech.

Enjoy a great reading experience when you buy the Kindle edition of this book. Learn more about Great on Kindle, available in select categories.
Read more Read less
click to open popover

Lt. Col. Dave Grossman, U.S. Army (Ret.), is an internationally recognized scholar, author, soldier, and speaker. He is one of the world's foremost experts in the field of human aggression, the roots of violence, and violent crime. He is a former West Point psychology professor and is currently the director of the Warrior Science Group. His books include On Killing, On Combat, and Stop Teaching Our Kids to Kill.
--This text refers to an alternate kindle_edition edition.

4.8 out of 5 stars
4.8 out of 5
154 customer ratings
How does Amazon calculate star ratings?
Amazon calculates a product’s star ratings based on a machine learned model instead of a raw data average. The model takes into account factors including the age of a rating, whether the ratings are from verified purchasers, and factors that establish reviewer trustworthiness.
Top Reviews

R Anthony Kemmerlin Sr
5.0 out of 5 stars I am a great admirer of Grossman scholarship and his willingness to take ...
Reviewed in the United States on November 22, 2016
Verified Purchase
I gave this book five stars but not for the reason you may think. I am a great admirer of Grossman scholarship and his willingness to take on one of the most important issue of our time, or anytime for that matter, the issue of "killing". I purchased his latest work, "Assassination Generation" for members of my family. This book, like Grossman's other best sellers, "On Killing" and "On Combat", serve as a timely thought-provoking treaty on a subject which both scare us and fascinate us at the same time. Grossman, by the very arguments he makes against other theories on mass killings, put forth the most prevailing argument against his own video game aggression and the psychology of killing. Just as guns, medications, population density, oppression of women and parents are not the primary motivation for killing, neither is video games, Like guns, video games are just tools that serve to enhance the marksmanship capability of those determine to kill. I suspect there is no single cause that drives human-being to murder one another. I am excited by the comments of reviewers, pro and con alike. I am gratified by Grossman's courage and determination of placing both his expertise and his reputation front and center. I am waiting with great anticipation to see where this debate takes us. Thanks Lt. Col. Grossman for supplying more food for thought. i can't wait to discuss this book with family members.
Read more
71 people found this helpful
Helpful
Comment Report abuse

Morgan V. Madison
5.0 out of 5 stars You need to read this book.
Reviewed in the United States on October 25, 2019
Verified Purchase
Grossman makes some eye-popping observations about the way that violent video games train kids to kill very similar to how the military trains recruits to kill, but without the stop button. He introduces evidence of the use of violent video games by young mass killers that the media/press mostly over-looked. He explains how the video game industry donates large amounts of money to politicians and scientists to keep this information secret or discredited.

He also describes just how violent, sexually explicit, and sexually exploitative (kill the prostitute instead of paying her, run her over with a car, spatter her blood all over) many of the popular games that kids are playing are - truly shocking. It's like psychopath training.

The rating system for video games is also not what most people think. There is is plenty of violence in games not rated M for mature. Killing human-like figures also can train you to kill humans. The games emphasize head shots and some use very brutal methods of killing humans or human-like figures with blood spattering.

He also discusses how much violence is a normal part of television and entertainment in general for kids and teens.

The first mass murder by a minor occurred in 1975. Compared to the tame television and entertainment of the 50s and early 60s, there was a huge increase in violent entertainment coincidental with the start of these underage mass killers. Since violent video games became a normal part of youth life, the number of mass killings by minors has escalated exponentially, and not just in the United States or where guns are legally available to adults.

China, for example, has had some horrible mass stabbings/killings of disabled people in homes. The violence is happening in many countries, even Japan, where violent crime has traditionally been very low.

Although we are told that our overall crime rates are down, Grossman points out that crime, violent crime, and bullying by teens is up, along with callousness.

D. D. Gabrielson
4.0 out of 5 stars Terrifying and important reading for parents
Reviewed in the United States on September 12, 2018
Verified Purchase
This is a terrifying but important read for parents. I only wish there was a less jackhammer effect of the agenda - even where I agree - the real world has more nuance and parents need tools to help manage the expectations and complexities of modern life.

I grew up with guns in my room as a kid and I own them now. I think there’s more to this debate than just gaming. It’s also about parental involvement and the movies kids watch which gets some coverage but not enough. That’s not his agenda here, and I agree that money and greed drive sad business outcomes.

So the book is hugely thoughtful and I’m going to ask my son to read it so we can discuss the topic more. In truth, we already limited the kinds of games as I don’t like some of the game story lines anyway.

I’ve read Grossmans other books too, as I’m a military person and he’s done a lot to advance our understanding of these topics.
Read more
One person found this helpful
Helpful
Comment Report abuse

Des'Etude
5.0 out of 5 stars Great Book
Reviewed in the United States on November 16, 2018
Verified Purchase
I liked how the history that's presented in this book. It a history of some horrible things, but it's very organized. Also, there's the history of impact of media (TV, movies, video games) on the mind, and what doctors have had to say about it over the years. It would make a great book study for a PTA.
Read more
One person found this helpful
Helpful
Comment Report abuse

Steven B
5.0 out of 5 stars Outstanding book.
Reviewed in the United States on April 3, 2018
Verified Purchase
Another great book from Lt. Col. David Grossman. Having taken extensive firearms training over the last 8 years, it's obvious to me that his thesis regarding first person shooter games is spot on. He provides extensive documentation for his information.
Read more
2 people found this helpful
Helpful
Comment Report abuse

johns115
5.0 out of 5 stars Eye opening
Reviewed in the United States on April 18, 2019
Verified Purchase
This is a must read for Parents and Government Officials who make laws. The information in this book will help our society understand what we need to do to help stop a major cause of the violence in our our children
Read more
Helpful
Comment Report abuse

Richard DeJoode
5.0 out of 5 stars Proof that a resume a mile long doesn’t mean much
Reviewed in the United States on March 12, 2019
Verified Purchase
Mostly biased nonsense. Claims World of Warcraft inspires people to use melee weapons against others; that video games offer ‘world class weapons training’. The final 2 chapters are the only ones that make any sense. Glad I found this for only $5 used.
Read more
One person found this helpful
Helpful
Comment Report abuse
See all reviews from the United States