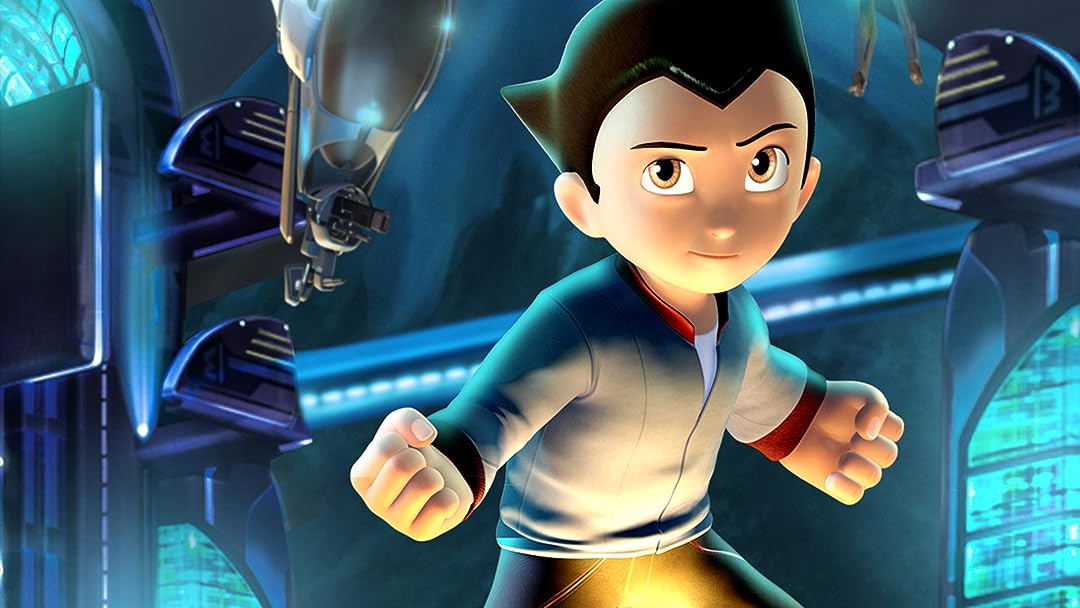 Addicted2LatteReviewed in the United States on February 4, 2016
4.0 out of 5 stars
Cute
Verified purchase
It's a cute movie. I watched this my 2 yr old, and it kept his attention. I know this is based off a comic/anime/cartoon (which I have not seen or read), but there were a few times that certain things didn't make sense to me. My husband's explanation usually started with him saying "In the comic/anime/cartoon ..." and then explaining how it connects to the cartoon. Nicholas Cage's character just seemed so bleh to me and I never really connected with him.

I don't understand the negative reviews about traumatizing your children??? If your kids are so sensitive that this movie traumatized them, then I think they need to be toughened up a little. I guess they will just be the next generation of being offended and butt-hurt over everything. But at least they got there 11th place trophy and participation ribbon ...

Brian BloomReviewed in the United States on November 25, 2015
3.0 out of 5 stars
Ho-hum but pleasant film despite some flat voices.
Verified purchase
The voice acting by Nicholas Cage and Donald Sutherland leave something to be desired, and some of that may also be due to the deadpan expressions their animated depictions wear through most of the movie. Similarly, Dr. Elefun, voiced by Bill Nighy, is weirdly overwrought with paternal angst, and doesn't even seem to be a scientist in this film. The character of Toby/Astro was one of the better ones, relatively speaking, although the script kinda simplified the challenges he faced, probably to make it more relatable to a young viewer. All in all it was pleasant but not particularly compelling or engrossing like a Pixar or Ghibli film...
3 people found this helpful

LukerteamReviewed in the United States on November 6, 2021
5.0 out of 5 stars
Great family movie but does have sad opening
Verified purchase
I dontvwant to give away too much as to spoil it for you, but, the opening is sad and smaller kids have to take a minute to digest what happened. This is an animated story that deals with what we go thru when we experience the loss of someone we love. Beautifully animated, wonderfully written and careful attention was paid to ensuring there was a happy win at the end. I recommend this movie to kids and adults alike. This movie can make you sit and think for a moment afterwards. Happy viewing!

Swimangel72Reviewed in the United States on May 24, 2016
3.0 out of 5 stars
Sweet movie - Astro Boy's point kept moving though
Verified purchase
I was a huge fan of Astro Boy cartoons back in the 60's - and this movie touched on many fond memories, however, why was Astro Boy's point on top of his head always switching from one side to another? It was very distracting (to someone who used to spend hours drawing his cartoon and knowing so well that the point should always be over his right eyebrow.) Otherwise it was a sweet movie.
5 people found this helpful

TimReviewed in the United States on November 20, 2015
5.0 out of 5 stars
I was expecting something really horrible. But
Verified purchase
Knowing how badly this movie did at the box office, I was expecting something really horrible. But, it was pretty darn good. It has great animation, art direction, and a story full of ethos. There are definitely some emotional parts that might overwhelm some children. I even got misty at certain moments. Being a father, I'm always looking for things to watch with my son. He's going through an Avenger's phase at the moment. I'm a big old school Marvel fan myself, growing up collecting comic books and trading cards. This movie is way better than some of the animation that have come out recently for Marvel.

The more old school cartoons that came out in 90s were much better dealing with more realistic or darker themes.The recent ones are very superficial. Characters being emotionally flat and under-developed. (I dread watching them with my son, often falling asleep.) It could be criticized that Astro Boy doesn't change much himself, being forever wide-eyed and idealistic, however, the characters around him do change dealing with themes like prejudice, segregation, militarism, and class-warfare. Some of the character arcs are unearned, but in comparison to even some adult films, they do earn it.

And this movie definitely earns a view. Not everyone will like it, but many more will. I recommend watching the first twenty minutes and making a decision for yourself. "Onward and upward..."

corinneReviewed in the United States on August 10, 2016
3.0 out of 5 stars
Enjoyable
Verified purchase
Good storyline about alienation and acceptance, community, and the destructive nature of the lust for power. All presented in an entertaining and fun way for youngsters. It's fun to see the realization of the classic Astro Boy's hidden talents, i.e. his jet power and weaponry, with this particular type of animation.

Overall an enjoyable film, probably more so for the kid-at-heart.
4 people found this helpful

D. L. HaynesReviewed in the United States on February 13, 2015
5.0 out of 5 stars
A Family Favorite!
Verified purchase
This movie has it all! A plot that is simple enough for kids to stay engaged while not making Mom and Dad want to gouge their eyes out. A very well thought out little story that will warm your heart and encourage your little ones to treat all people with dignity and respect! Just stop reading my review and buy! Sometimes these films go out of print and then you can't get them unless you want to pay five times the normal price. So buy now!
7 people found this helpful
See all reviews
Back to top
Get to Know Us
Make Money with Us
Amazon Payment Products
Let Us Help You
EnglishChoose a language for shopping. United StatesChoose a country/region for shopping.
© 1996-2021, Amazon.com, Inc. or its affiliates