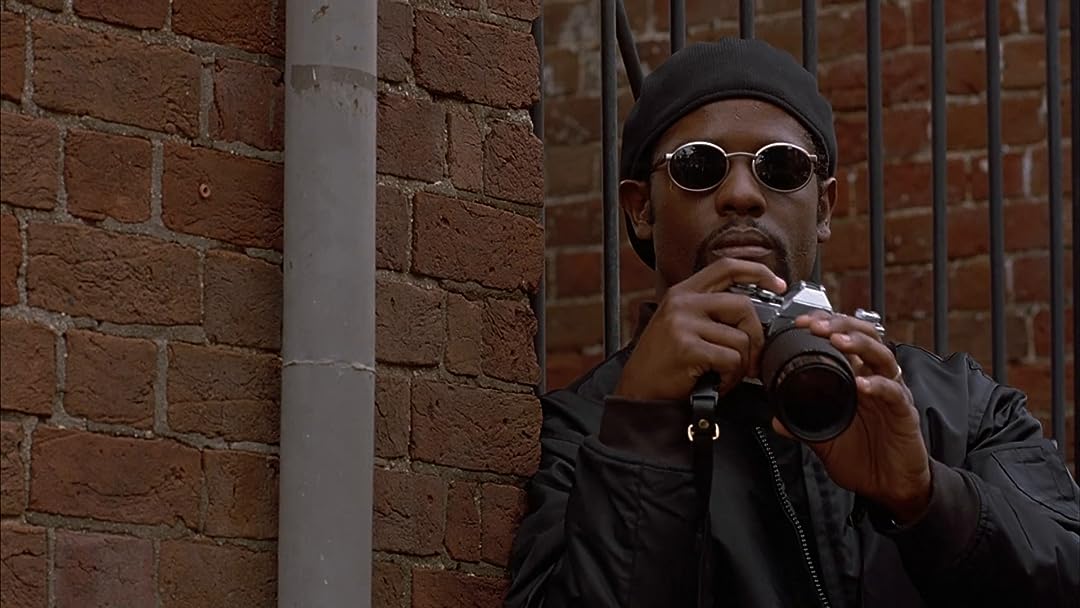 (202)
1 h 42 min1999R
After losing his wife in a freak accident, Chance (Blair Underwood) wants to destroy the marriage of a friend (Debbi Morgan) who was once his lover. A sexy thriller with twists and turns.

Chelli BrowneReviewed in the United States on February 16, 2008
5.0 out of 5 stars
Excellent film and beautiful actor
Verified purchase
The best movie I've seen in quite awhile. A movie only for the mature audience, showing beautiful people playing dangerous games and having to face life's hardest consequence. This is what seeing movies is all about, seeing the excitement that our own lives lack and making us glad to go back to our boring existence if living life to the fullest brings such horror. I've always adored Blair Underwood. He's been my favorite actor and my nomination as the next Denzel for his excellent and natural acting skills. Michael Beach and Debbi Morgan get a chance in this film to also show their great acting ranges too. Also loved the music by someone named Lionel, especially the funeral dirge "Wings" which brought me to tears. Tim Reid - continue doing films. This one was great!
One person found this helpful

Katthie FReviewed in the United States on May 16, 2021
5.0 out of 5 stars
Asunder DVD
Verified purchase
I bought this movie USED, It played like it was NEW. Excellent!!!😇 This movie is so good.
You must get this movie
Blair Underwood and Debbie Morgan

ninaReviewed in the United States on April 1, 2012
3.0 out of 5 stars
Blair Rocks!
Verified purchase
I always knew Blair was a good actor but he really shined in this role. I was pleasantly surprised by how much I enjoyed this movie. It comes off as a low budget made-for-BET movie at first but it went way past expectations. I wouldn't say this is a great movie but it keeps you entertained because of Underwood.

Debbie Morgan was a delight as well and knowing her from television work and as AMC's Angie, I was surprised to see her in a film like this. I never thought of her as acting in something like this and it was refreshing to see her in this role.

Michael Beach was completely out shined. His role wasn't memorable or convincing at all. He was jealous when he shouldn't have been yet dumb and blind to what is going on around him. He had no commonsense and his character could've been written with more depth. I've seen Beach in a lot of movies and to me he tends to overact sometimes and he seemed off the mark with this role. He didn't seem comfortable with the dialogue and his scenes seemed forced. He had zero chemistry with Morgan while she and Underwood oozed so much sexual chemistry it oozed off the screen.

I think the film was too short and more could've been done. Some scenes were unnecessary and pointless. At times it was like the film was pieced together in the wrong spots. But Underwood was mesmerizing and looking forward to him in each scene was the only thing that kept me watching.

I applaud Tim Reid for trying to give us a black Fatal Attraction but it wasn't without issues. We should've known more background about Chance (Underwood) and why he acts the way he acts. We're led to believe he snaps when his wife and unborn child dies, but then Michael (Beach) shares with Lauren (Morgan) that Chance always had a dark side. Which is it? Did he snap or was he always a nut? You can't have it both ways.

Morgan's character seemed strong but she did have some brain fart moments going on. Chance stalked her constantly before she even thought of calling the police. And since she wanted him to leave her alone so badly it was hard for me to believe she'd continue to keep her and Chance's affair a secret knowing if she told it could free her from him. But she wasn't the only one acting dumb. Even after Michael is beaten by a crazed Chance and even knows Chance is nuts he still allows him to stay with him and his wife. In what world would that happen? So yes, some things didn't make sense.

With some fine-tuning, a few more dollars for production, some tweaking on the writing and better development for Beach's character, this could've been a five star film. The acting is not bad at all, even Beach's though he could've been better. So the movie does have it's interesting points but also some ridiculous ones.

Y Chromosome 99Reviewed in the United States on March 21, 2013
3.0 out of 5 stars
Its worth watching to kill time.
Verified purchase
To sum it up....Its not a bad movie and I did think I was gonna like it better. The tragedy of poor Chance makes you feel sorry for his loss. A line he says ''It wont stop the pain.....'' or something like that broke my heart to the core. Cant imagine losing a loved one...let alone a SPOUSE in death. I thought it ended too soon and I wish we got to see pre trauma Chance more than the movie showed,for us to gain sympathy for this troubled guy. I say watch it if you have not,you may like it more than me.

CocoReviewed in the United States on April 21, 2020
5.0 out of 5 stars
My dream movie
Verified purchase
Because I didn’t get no tracking I was nervous i didn’t think it was gonna come but it did and the used dvd works perfect I love this movie wish I had a man like him I love obsession men

Osh Kosh B'GoshReviewed in the United States on June 20, 2019
5.0 out of 5 stars
Black Lifetime Movie
Verified purchase
I love watching lifetime movies but always wish they produced more featuring black people. This movie does just that. Without it being whitewashed. Its a great movie. Blair Underworld is NOT SEXY in this movie. That sucks when you're used to him being such a heartthrob.

Sylvia wattsReviewed in the United States on June 25, 2020
1.0 out of 5 stars
Waste of my money.
Verified purchase
The audio was horrible. Too low to hear had to put subtitles on. Plus I didn't know it was used. The only good thing about this DVD was the actor Blake Underwood. I would not recommend this dvd. Don't buy it.

Kimberly LoganReviewed in the United States on April 10, 2015
5.0 out of 5 stars
Sexy... Not So Sexy! He Crazy!
Verified purchase
Blair Underwood is a beautiful looking man... However, with this character, you will not think so. Made me look at him sideways after watching this movie. It was a good movie.
One person found this helpful
See all reviews
Back to top
Get to Know Us
Make Money with Us
Amazon Payment Products
Let Us Help You
EnglishChoose a language for shopping. United StatesChoose a country/region for shopping.
© 1996-2022, Amazon.com, Inc. or its affiliates