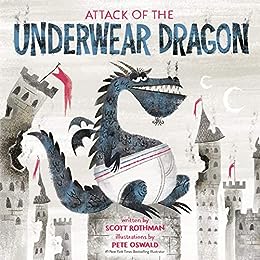 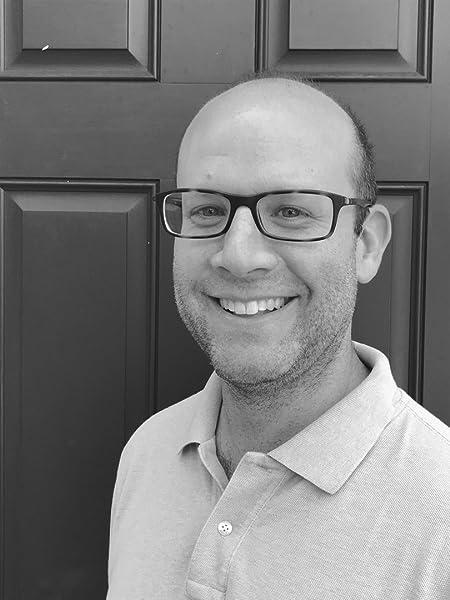 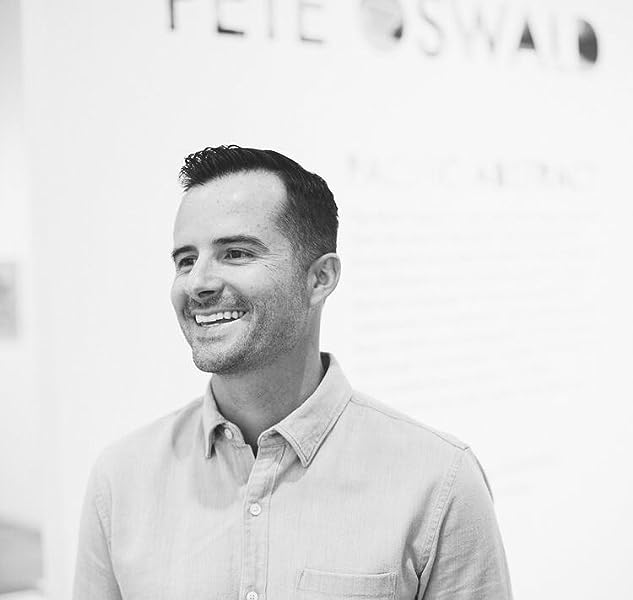 "A tiny knight’s tale that’s hard not to like.” --Kirkus Reviews

SCOTT ROTHMAN is a writer of humor pieces and screenplays, including Draft Day and Army of One, both of which he cowrote with Rajiv Joseph. Scott is a graduate of Colby College and received an MFA in dramatic writing from New York University's Tisch School of the Arts. His humor writing has appeared in various publications, including the New Yorker, GQ, and McSweeney's. He lives in Connecticut with his wife and three children. This is his first picture book.

Pete Oswald is the New York Times bestselling illustrator of The Good Egg, as well as The Bad Seed, which was an Amazon Best Children's Book of the Year in 2017 and an indie favorite. He has worked as a character designer, a concept artist, and an art director on many popular films including Madagascar 2, Cloudy with a Chance of Meatballs, and Angry Birds. --This text refers to the hardcover edition.

Scott is also a screenwriter who has sold screenplays to Warner Brothers, Paramount, Sony, and New Line Cinema. A script he co-wrote, “Draft Day,” topped the 2012 Black List before its acquisition and subsequent production by Lionsgate/Summit as a feature film directed by Ivan Reitman and starring Kevin Costner. In addition, Rothman co-wrote the script for the Weinstein Company comedy "Army of One", starring Nicolas Cage and directed by Larry Charles. Scott’s humor writing has appeared in various publications including The New Yorker, GQ, Grantland and McSweeney’s.

4.6 out of 5 stars
4.6 out of 5
539 global ratings
How are ratings calculated?
To calculate the overall star rating and percentage breakdown by star, we don’t use a simple average. Instead, our system considers things like how recent a review is and if the reviewer bought the item on Amazon. It also analyzes reviews to verify trustworthiness.
Top reviews

Erin H
2.0 out of 5 stars Parents note that subject can be disturbing to young kids
Reviewed in the United States on August 22, 2021
Verified Purchase
I wish I had read the description more closely before ordering this book. It notes that “when the unthinkable happens and Cole is the only knight left” — midway through the story all the other knights are killed (eaten by the dragon). In the end Cole is made a knight and seems not at all troubled by this even though the opening is entirely about his adoration for his hero, Sir Percival (including “things that make knights cry”). Either Cole is a sociopath or the death of all one’s friends is not something that makes a knight cry.

The beginning of this book is so delightful it seems bizarre and a shame for the biggest plot twist being wholesale explicit murder of everyone the protagonist knows. Our 4 year old is a bit precocious in understanding what death is and being very curious and concerned about it. If your child is similar you should avoid this book.

Agreed with other reviewers that the art is lovely but the story is inexplicable and odd.

Cattle dog 76
2.0 out of 5 stars Not funny at all.
Reviewed in the United States on December 1, 2020
Verified Purchase
The book makes little sense, there is no reason for the dragon wearing underpants, the story is disjointed and doesn't deserve the glowing reviews it has. I will be careful to find other sources of review before spending $16 on a book that's not worth that. A plus though for including people of color. That was nice. I'm returning it due to it being dopey.
Read more
12 people found this helpful
Helpful
Report abuse

Kristin1724
5.0 out of 5 stars WONDERFUL!!! Highly recommend!
Reviewed in the United States on October 8, 2020
Verified Purchase
We LOVE this book! My kid is 8.5 and loved it. I am a grown adult and laughed out and read it twice by myself. It is clever, funny, inspiring, and wonderful. Definitely recommend!
Read more
12 people found this helpful
Helpful
Report abuse

virginia whittington
5.0 out of 5 stars Inspiring Story
Reviewed in the United States on November 17, 2020
Verified Purchase
Delightful story so applicable to our 2020 year! Cole, like so many of us, thought he knew what the future would look like but suddenly everything changed! Determined Cole fights through fear and shifts gears to accomplish the goal. Scott’s story is one of pragmatism and determination....relatable to all ages in this year of Covid. Delightful!
Virginia p
Read more
8 people found this helpful
Helpful
Report abuse

Sektat
5.0 out of 5 stars Funny -even for adults
Reviewed in the United States on March 17, 2021
Verified Purchase
My grandson asked me to read it three times the day I gave it to him. Since then, every night for two weeks he has his mom or dad to read it. And he has plenty of books to choose from.
Read more
4 people found this helpful
Helpful
Report abuse

Joan Fregapane
5.0 out of 5 stars Adorable dragon
Reviewed in the United States on January 7, 2021
Verified Purchase
Cute book with a clever story that even grownups will enjoy. The Underwear Dragon is adorable despite being the ‘villain’ of the story. My five year old granddaughter loved it, but so did her grandmother! Good lessons about working hard giving others a chance.
Read more
4 people found this helpful
Helpful
Report abuse

Bon in BAMA #RollTide
5.0 out of 5 stars Perfect for Little Dragon Lovers
Reviewed in the United States on February 21, 2021
Verified Purchase
Perfect for little boys who are into dragons! My 3 1/2 year-old nephew loved this book along with other dragon themed gifts - like a bathrobe he also loves.
Read more
2 people found this helpful
Helpful
Report abuse

Robin
5.0 out of 5 stars 3 year old son loves this!
Reviewed in the United States on July 26, 2021
Verified Purchase
My soon-to-be-3 son LOVES this book! He talks about it even when we're not reading it, and asks for it nightly. Highly recommend for a boy ages 2-4 (and probably others, but this is what I've got).
Read more
Helpful
Report abuse
See all reviews

HaroldHarris
5.0 out of 5 stars Brilliant book
Reviewed in the United Kingdom on January 4, 2021
Verified Purchase
A great adventure filled with action, aspiration and fun. The main character is a plucky boy with aspirations to become a knight. His determination , courage and resilience make him a likeable and inspiring character for children. The illustrations are full of detail and humour.
A great book for adventure lovers!
Read more
Report abuse

Dave
5.0 out of 5 stars Good story
Reviewed in Canada on May 8, 2021
Verified Purchase
My 4 year old loves this book. Great message and he is interested in dragon and knights.
Read more
Report abuse
See all reviews