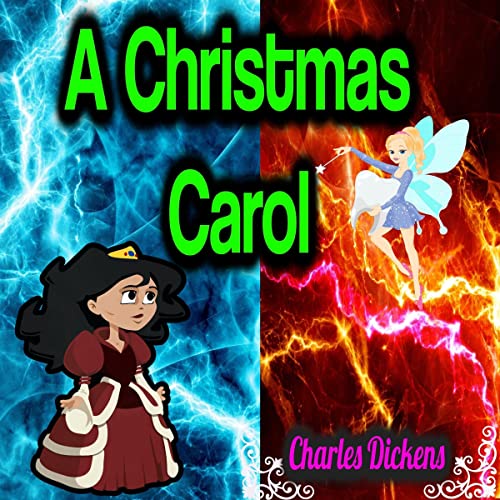 A Christmas Carol Audiobook Charles Dickens - A Christmas Carol. In Prose. This version of Charles Dickens's A Christmas Carol, masterfully narrated by Elizabeth Klett. Being a Ghost Story of Christmas, commonly known as A Christmas Carol, is a novella by Charles Dickens, first published in London by Chapman & Hall in 1843 and illustrated by John Leech. A Christmas Carol recounts the story of Ebenezer Scrooge, an elderly miser who is visited by the ghost of his former business partner Jacob Marley and the spirits of Christmas Past, Present and Yet to Come. After their visits, Scrooge is transformed into a kinder, gentler man. Dickens wrote A Christmas Carol during a period when the British were exploring and re-evaluating past Christmas traditions, including carols, and newer customs such as Christmas trees. He was influenced by the experiences of his own youth and by the Christmas stories of other authors, including Washington Irving and Douglas Jerrold. Dickens had written three Christmas stories prior to the novella, and was inspired following a visit to the Field Lane Ragged School, one of several establishments for London's street children. The treatment of the poor and the ability of a selfish man to redeem himself by transforming into a more sympathetic character are the key themes of the story. There is discussion among academics as to whether this is a fully secular story, or if it is a Christian allegory. Published on 19 December, the first edition sold out by Christmas Eve; by the end of 1844 thirteen editions had been released. Most critics reviewed the novella favourably. The story was illicitly copied in January 1844; Dickens took legal action against the publishers, who went bankrupt, further reducing Dickens's small profits from the publication. He went on to write four other Christmas stories in subsequent years. In 1849 he began public readings of the story, which proved so successful he undertook 127 further performances until 1870, the year of his death. A Christmas Carol has never been out of print and has been translated into several languages; the story has been adapted many times for film, stage, opera and other media.

Enjoy a free audiobook + more
Learn more about Membership
List Price: $10.81
You Save: $1.35 (12%)
By completing your purchase, you agree to Audible’s Conditions Of Use
Sold and delivered by Audible, an Amazon company
Share

4.8 out of 5 stars
4.8 out of 5
93 global ratings
How are ratings calculated?
To calculate the overall star rating and percentage breakdown by star, we don’t use a simple average. Instead, our system considers things like how recent a review is and if the reviewer bought the item on Amazon. It also analyzes reviews to verify trustworthiness.
Top reviews

Jeffrey Loewen
5.0 out of 5 stars THE SECOND GREATEST CHRISTMAS STORY…
Reviewed in the United States on December 22, 2021
Verified Purchase
I read this story every year, not because I know what to expect but for the Old Ebenezer Scrooge who wants to live inside of me and shout, “Bah! Humbug!” to Christmas and so many people. I love walking through the transformation he experienced in this masterful story. Charles Dickens continues to mesmerize me, and much of this broken world, with this glorious story of hope, repentance and transformation of a man who had all but sold his soul for gain. May we, who read this classic tale, also find the true transformation that Ebenezer Scrooge found in order to live with Christmas in our hearts every day of the year. May God bless us. Everyone.
Read more
Helpful
Report abuse

Amazon Customer
5.0 out of 5 stars No Humbug
Reviewed in the United States on December 24, 2021
Verified Purchase
Great story! I enjoy reading this every year. It's a must for Christmas. The story is timeless, with a great message about redemption.
Read more
Helpful
Report abuse

John W. Armstrong
5.0 out of 5 stars A Story I Read Every Christmas
Reviewed in the United States on January 5, 2015
This is my favorite story of all time. It is timeless and a true classic. I have five copies of the book, from a simple printing to a beautiful illustrated version; another beautiful illustrated and annotated printing, and a copy in an issue of the Complete Works of Charles Dickens. I couldn't resist this Kindle edition for only $0.99, and it's very easy to carry with me wherever I go.
Read more
3 people found this helpful
Helpful
Report abuse
See all reviews