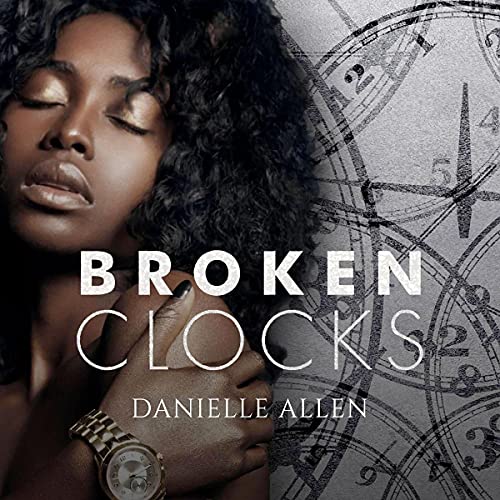 According to my grandma, a broken clock being right twice a day meant that in any given situation, perfect timing only happens twice.

I fell for William Grayson in a matter of minutes. The connection between us was undeniable, but our timing was off. I was dating someone, and by the time I was single again, he was taken. And a year later, when we finally got together, it was clear that we were soul mates. But circumstances out of our control cut our time short.

We were a little older, a little wiser, when our paths crossed again. I was entering a new phase of independence in both my career and my life. He was growing professionally and moving to a new city. And even though our timing was off, it was still clear that we were soul mates. But for the second time, circumstances out of our control cut our time short. My grandma was a wise woman, but my love life taught me that there’s no such thing as perfect timing.

There’s just timing.... Because nothing is perfect. There’s just right now.... Because tomorrow isn’t promised. For as long as we’d known each other, William and I just wanted to be together. It was as simple and as complicated as that.

4.6 out of 5 stars
4.6 out of 5
325 global ratings
How are ratings calculated?
To calculate the overall star rating and percentage breakdown by star, we don’t use a simple average. Instead, our system considers things like how recent a review is and if the reviewer bought the item on Amazon. It also analyzes reviews to verify trustworthiness.

Avidrdrswil12
3.0 out of 5 stars No HEA here!
Reviewed in the United States on January 18, 2018
Verified Purchase
I have read Danielle Allen before and couldn't wait to read this book. I enjoyed reading about William and Layla and their tumultuous love story. They loved hard and fought to be together. Even with the obstacles, they overcame them and that made me feel hopeful and elated. But by the end of the book, it was all too real. I didn't feel hopeful or happy anymore and while I totally understood the message of the book, it made me feel sad and felt much like real like which quite frankly, I read to escape that. So, I can say that I liked the writing and think that the author evoked all types of feelings but overall, just didn't care for that ending.
Read more
45 people found this helpful
Helpful
Report abuse

keekeyada
5.0 out of 5 stars Wow, just wow!
Reviewed in the United States on January 17, 2018
Verified Purchase
Wow, just wow. So first off, I’ve absolutely loved everythingggg I’ve read from Danielle. (Nevermore? Literary Gold I tell you!) Secondly, to further attest to my support of Danielle, I 1-clicked this thang so fast! I’m just a broke grad student so my budget is hella tight, therefore I’m an avid KU “borrower” in order to satiate my love of reading black romance novels. But for THIS release I sacrificed my daily coffee and bagel in order to purchase this book and have it in my Kindle library foreverrrr (Cardi B voice)! Now that’s fan love, lol.

Now to the review. Tears, all of them, all over my keyboard. They started around 60% with a highly emotional, pivotal moment for Layla both personally and for her relationship with Will, in dealing with the big changes taking place in his life. After this point, I was weepy until I was completely finished the book. The weeping got really bad as soon as my intuition kicked in, and I felt tragedy was on the horizon. Everything was going so beautifully, and the universe always has a “funny” way of turning all of that upside down. This book evoked so many emotions—I wept because of sadness, happiness, laughter, just all of the heart-warming, cutesy, “My God, Will is such a great guy”, “Damn, Layla and Will got that real love going on”—just everything. I was also weepy because this book forced me to reflect on my own life and relationships—familial, romantic, friendships, and most importantly my relationship with myself, how I treat myself, and whether I’m truly cultivating my happiness. We often say in passing; “life is short/you never know when its your time/live your life to the fullest.” But knowing this, do we honestly really “live life” like its our last? Am I really living right now? Broken Clocks is an amazing love story, with a well-rounded, thought-provoking, fulfilling plot, will definitely be a memorable one for me; especially when I look down at my watch twice a day and see 9:27. Totally on my list of favs.
Read more
9 people found this helpful
Helpful
Report abuse

Ofa
5.0 out of 5 stars Heartbreakingly beautiful
Reviewed in the United States on October 28, 2021
Verified Purchase
There are no words to describe how this book made me feel. How it made me laugh and cry. How it turned into this big life lesson of timing and how it’s everything. How to enjoy the time you are given with people you love. I didn’t know what to expect with this book. But it gave me all the feelings you get from a Danielle Allen book. Life lessons if you will. Sometimes we are told things that can hinder us from living our lives to the fullest & sometimes something happens that makes you realize you have just been wasting time. When you find your person, love them irrevocably and fully. And always let them know. We don’t get a lot right in this life, but with broken clocks..it’s right atleast 2 times a day. I will hold this book dear and near to my heart forever. So beautiful ❤️
Read more
One person found this helpful
Helpful
Report abuse

Richelle Robinson
VINE VOICE
5.0 out of 5 stars Just Enjoy The Time
Reviewed in the United States on January 16, 2018
Verified Purchase
Broken Clocks took me on an emotional rollercoaster that I won’t ever forget! I honestly had no idea what to expect when I first started this book by Danielle Allen. I just found out about her in my quest for more diverse reads in the romance genre. I enjoyed reading about characters that I could identify with but I had no idea I would also find a book that would rip me to shreds as I read. I was stunned after I finished reading. Stunned. I had tears in my eyes as I typed this review.
Allen sucked me in with her writing from the very beginning and right up to the very end. I read this book in 5 hours. Her words were poetic and magnetic. This book serves as a wonderful reminder of how we need to live our lives with no regrets. Reach for the stars. Seize the moment. Love and be loved. Take chances. This is a book that will stay with me for a very long time. Thank you Danielle Allen for providing me with my first 5 star read of the year!
Read more
8 people found this helpful
Helpful
Report abuse

Jenny
4.0 out of 5 stars Emotional with a twist I didn't see coming
Reviewed in the United States on January 23, 2018
Verified Purchase
Pretty much every Danielle Allen book makes you emotionally invested in the characters. And Broken Clocks is no different. Layla and William's relationship was an emotional rollercoaster. When two people who absolute love each other but life and situations try to get in the way of their happily ever after. I rooted for them throughout the story, hoping that ever obstacle thrown at them they will overcome but sometimes life may have other plans. When you thought they finally got over something, boom, a curveball is thrown at them. While I didn't cry, I was shocked by the twist in their story. Broken Clocks is a story about trust, understanding, heartache, pain and living your life to the fullest no matter what. Another fantastic book by Danielle.
Read more
2 people found this helpful
Helpful
Report abuse

Kindle Cousins
4.0 out of 5 stars WOW!!! Unputdownable...
Reviewed in the United States on February 9, 2018
Verified Purchase
This is my 1st fiction read from Danielle Allen. I have been trying to get to one of her books for months, but my TBR… I follow Danielle on Instagram. Her posts are like a manual on becoming a grown woman. I say all of this to say, Layla, the heroine in this book was a grown woman and I just adored her. Layla was human, she made mistakes and wasn’t perfect by a long shot. But Layla owned, communicated, and/or apologized for every feeling and mistake. Yes, this was a beautiful love story. Yes, I rooted for them and woo, those sex scenes were hawt. But the lessons in this book will stay with me forever. I laughed, cried, and almost threw my kindle. I thoroughly enjoyed this one. I was a fan before reading this. I might be on the path to becoming a stan…

Simdi
2.0 out of 5 stars Disappointed
Reviewed in the United Kingdom on August 5, 2019
Verified Purchase
Very basic book, story line is larger than life and very predictable, seems self published
Read more
Report abuse
See all reviews
Back to top
Get to Know Us
Make Money with Us
Amazon Payment Products
Let Us Help You
EnglishChoose a language for shopping. United StatesChoose a country/region for shopping.
© 1996-2021, Amazon.com, Inc. or its affiliates