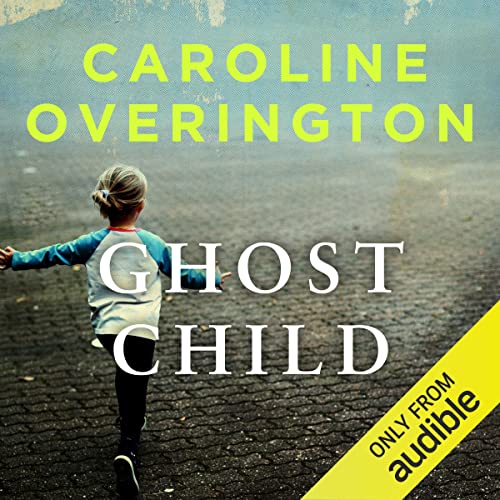 Caroline Overington's stunning fiction debut is a multi-voiced novel centred around a child's death and its terrible repercussions.

In 1982 Victorian police were called to a home on a housing estate an hour west of Melbourne. There, they found a five-year-old boy lying still and silent on the carpet. There were no obvious signs of trauma, but the child, Jacob, died the next day.

The story made the headlines, and hundreds attended the funeral. Few people were surprised when the boy's mother and her boyfriend went to prison for the crime. Police declared themselves satisfied with the result, saying there was no doubt that justice had been done.

And yet, for years rumours swept the estate and clung like cobwebs to the long-vacant house: there had been a cover-up. The real perpetrator, at least according to local gossip, was the boy's six-year-old sister, Lauren....

Twenty years on, Lauren has created a new life for herself, but details of Jacob's death begin to resurface and the story again makes the newspapers. As Lauren struggles with the ghosts of her childhood, it seems only a matter of time before the past catches up with her.

Enjoy this audiobook free + more
Learn more about Membership
List Price: $21.50
You Save: $2.69 (13%)
By completing your purchase, you agree to Audible’s Conditions Of Use
Sold and delivered by Audible, an Amazon company

lamplyter
3.0 out of 5 stars A sorry tale oft repeated
Reviewed in the United States on December 21, 2011
Verified Purchase
This is the first Caroline Overington I've read, and while I wasn't disappointed I felt, at times, like I was reading a non-fictional account of the events depicted, rather than a novel. Of course, the structure of the novel permits little else, but I found myself less engaged with the characters at the centre of the tragedy than with the investigating police officer, reporter, and with sundry other characters on the peripheries of the tale. Perhaps this was Ms Overingtons' intention; so perhaps I'm missing the point entirely. Either way, I felt always at a distant remove from this story, and felt perhaps less affected than I should have been by the tragic events that took place. Nonetheless, I intend to read more of Ms Overington's work, and would definitely recommend this book to anyone interested in reading novels set in the sad dystopia of the Australian underclass.
Read more
One person found this helpful
Helpful
Report abuse

Quinn
5.0 out of 5 stars A wonderfully written and intriguing story
Reviewed in the United States on December 29, 2012
Verified Purchase
In my eyes this book wasn't going to fail to live up to my expectations after reading another of Overington's books, "I came to say goodbye". The tragedy of the story written from so many different perspectives was brilliant, and you couldn't help but draw your own conclusions about what had happened, who had killed the poor little boy and who should pay. It also delved into the way this tragedy blew a family apart, and how the siblings grew up and dealt with the loss of a brother.
Read more
3 people found this helpful
Helpful
Report abuse

Bjerkana
5.0 out of 5 stars Feels like being in the story
Reviewed in the United States on October 10, 2016
Verified Purchase
Yet another engaging Overington novel, told authentically in the voices of the characters. Each person brings a new perspective and a different slant on the story until it is told, ultimately, with a very broad view. I love her journalistic sense of story and her ability to bring her characters to life. I haven't yet been disappointed with one of her books.
Read more
Helpful
Report abuse

Reading 24/7
5.0 out of 5 stars Another great
Reviewed in the United States on July 11, 2016
Verified Purchase
I now have another favourite author. I need a dictionary at the end defining all the Australian words! I can't figure them out on my own.
Read more
Helpful
Report abuse

bernie
5.0 out of 5 stars Ghost Child written by Caroline Overington
Reviewed in the United States on March 25, 2012
Verified Purchase
Found this book an easy read and the fact that I don't know whether it is fiction or fact added to the intrigue. It is so real that it may of happenned and gave me an insight to the welfare system and I now have more empathy to those caught up in the welfare system. It could have happenned in any outer "lower social economic" suburb in any major city.
Read more
One person found this helpful
Helpful
Report abuse

Taylor
5.0 out of 5 stars Murder and Intrique - compelling read
Reviewed in the United States on January 5, 2013
Verified Purchase
Caroline Overington has managed to weave a very plausible story of 4 children as they are placed in foster care.
Subsequently the story follows the outcome of the children in different fostered homes The story follows a good plot, you want to read more and cannot put book down.
I also like the ending that ties up the strings, with a definite conclusion.
Read more
3 people found this helpful
Helpful
Report abuse

copespeak
3.0 out of 5 stars Interesting
Reviewed in the United States on September 12, 2012
Verified Purchase
A sad story about the failures of government departments to manage child welfare, plus a telling look at the lives of uneducated bogans who can't lift themselves out of the messes they get themselves into. Neglected children, feral boyfriends and single mothers, drugs and violence, it's all there.

It probably wandered a bit much for me, picking up the lives of those involved, and telling their story for a time, and then dropping them to move onto another.
Read more
Helpful
Report abuse
See all reviews

kim newbery
4.0 out of 5 stars Good story
Reviewed in the United Kingdom on March 3, 2018
Verified Purchase
Apart from some Australian words I didn't understand I enjoyed the book very much. I read it quickly which for me is a good sign. Would recommend the book
Read more
One person found this helpful
Report abuse

nannie
4.0 out of 5 stars Four Stars
Reviewed in the United Kingdom on May 18, 2017
Verified Purchase
Good
Read more
Report abuse
See all reviews