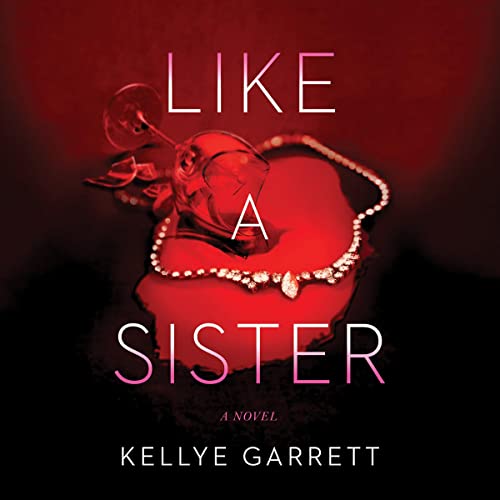 In this "tense, twisting mystery" and "absolutely can't-put-it-down read" (Megan Miranda), no one bats an eye when a Black reality TV star is found dead in the Bronx—except her estranged half-sister, whose refusal to believe the official story leads her on a dangerous search for the truth.

“I found out my sister was back in New York from Instagram. I found out she’d died from the New York Daily News.”

When the body of disgraced reality TV star Desiree Pierce is found on a playground in the Bronx the morning after her 25th birthday party, the police and the media are quick to declare her death an overdose. It’s a tragedy, certainly, but not a crime.

But Desiree’s half-sister Lena Scott knows that can’t be the case. A graduate student at Columbia, Lena has spent the past decade forging her own path far from the spotlight, but some facts about Desiree just couldn’t have changed since their childhood. And Desiree would never travel above 125th Street. So why is no one listening to her?

Despite the bitter truth that the two haven’t spoken in two years, torn apart by Desiree’s partying and by their father, Mel, a wealthy and influential hip-hop mogul, Lena becomes determined to find justice for her sister, even if it means untangling her family’s darkest secrets—or ending up dead herself.

Your audiobook is waiting!
Learn more about membership
List Price: $17.92
You Save: $2.24 (13%)
By completing your purchase, you agree to Audible’s Conditions Of Use
Sold and delivered by Audible, an Amazon company

Amazon Customer
4.0 out of 5 stars Binge Worthy
Reviewed in the United States on March 18, 2022
Like A Sister kept me on edge right up until the last page. It is dark, twisty, dynamic, deeply layered, and extremely well written. My head is still spinning from trying to work out all the details that had me on edge and guessing who did it, right until the end. I was so wrong, so many times! Kellye Garrett wrote an epic character with Lena Scott. I loved the spunk, sarcasm, and intelligence this character oozed. There is also some major family drama going on, which adds its own mesmerizing component.When Lena Scott reads that her only sister Desiree is dead, she does not break down weeping, and take to her room for days. No! She dons her Super Black Woman cape and gets to work tracking down the truth of what happened to her younger sister. What was she doing at a playground in the Bronx? This was not Desiree's neighborhood; she grew up with their multimillionaire father footing all her bills. The Bronx is Lena's neighborhood, where she is still living in their grandmothers' house. From that moment on Lena goes warp speed, trying to uncover what happened to her beloved sister. The sister she ghosted two years ago because she could not watch her kill herself with the heavy drinking and the drugs. Lena goes down a rabbit hole, digging up dirt as fast as she finds it. The fun part, you get to go along for the ride.I was completely enraptured from the first chapter. Garrett nailed the New York City vibes; the descriptions are incredible. This book is the perfect binge worthy read. It did not let up for a moment. It goes full throttle until Lena finally discovers the truth and can properly mourn her sister's death. Thank you to Kellye Garrett, Novel Suspects, and Mulholland Books for sending me this highly intoxicating read.
Images in this review

eastlamm
5.0 out of 5 stars Fast paced, big-hearted story
Reviewed in the United States 🇺🇸 on December 20, 2022
Verified Purchase
"Like a Sister" hooked me from the first sentence. I was immediately invested in the story of two sisters, Lena and Desiree, who are so different, yet so devoted to each other. The fact that Desiree died while they were estranged -- a situation that caused them both grief and pain -- makes their story tragic. But it also provides the very believable impetus for Lena to search tirelessly for the answers about what happened to her sister when everyone else is ready to write her off as a careless party girl who caused her own death. Lena isn't perfect, but she's smart, resourceful, and admirable, a heroine who's easy to root for. And her love for her sister, a figure who might otherwise be a caricature in the hands of a less capable writer, helps the reader see Desiree as a vibrant young woman who died before she had a chance to really grow up, and to share the pathos of her loss. The pace of the story is propulsive, but doesn't ever mask the heart-wrenching core of the story, a story about the bond of true sisterhood, a love that is stronger than death.
Read more
Helpful
Report abuse

Betty B.
5.0 out of 5 stars Intense, brilliantly written thriller!
Reviewed in the United States 🇺🇸 on January 16, 2023
Verified Purchase
What a great and intense novel, so well written and full of continual twists and turns. The characters are beautifully deep and interesting.
Read more
Helpful
Report abuse

Kris M.
VINE VOICE
4.0 out of 5 stars Mystery + family drama
Reviewed in the United States 🇺🇸 on April 8, 2022
Verified Purchase
“I found out my sister was back in New York from Instagram. I found out she’d died from the New York Daily News.”

When the body of a disgraced reality star and influencer Desiree Pierce is found at a playground in the Bronx, the police rule it an overdose. Desiree’s estranged half sister Lena knows that can’t be true.

I enjoyed this is slow burning mix of mystery and family drama. Main character Lena narrates her search for the truth about Desiree as she tries to understand and come to terms with what happened. There’s lots of red herrings as Lena talks to Desiree’s best friend, former friends, and boyfriend. Lena discovers some uncomfortable truths about Desiree and must confront secrets in her own family.

This is solid mystery with a relatable and likable main character. The NYC setting is fun and there’s tons of family drama boot.

SSP
3.0 out of 5 stars Just okay!
Reviewed in the United States 🇺🇸 on December 30, 2022
Verified Purchase
The characters in the story were engaging; however, the whole murder plot seemed ridiculous. It didn't seem plausible that a reporter would murder someone for a story.
Read more
2 people found this helpful
Helpful
Report abuse

Ellen Kirschman
4.0 out of 5 stars A fast moving story of sisterly love
Reviewed in the United States 🇺🇸 on March 31, 2022
Verified Purchase
Garret’s latest is what I want in a book. Fast paced, lots of believable twists. Deeply drawn characters with complicated relationships set in a vibrant rendering of black lives in and around New York City. Lena, the protagonist/amateur sleuth, is on a desperate search for the truth surrounding her sister’s death. She’s engaging and amusing. I liked her from the start. Her social commentary about modern life is sharp, funny, and right on target.
Read more
3 people found this helpful
Helpful
Report abuse

Captain Mony
5.0 out of 5 stars Like a Best Seller!
Reviewed in the United States 🇺🇸 on April 3, 2022
Verified Purchase
As a librarian, I don't like or have time for long drawn out you know who dunnit ultimately an author's therapy journal of fictional characters childhood drama, I've got my own real stuff. And this is not it!! It grips you from the beginning, you learn to know, like or not, the characters through their actions on this thrill ride to the end. In this great read, I never knew who the killer turned out to be, all a while guessing wrongly, understood the allure of why people live their life on social media, the complications of modern families, a Black experience, all the while still able to enjoy the author's satirical humor that I looked forward too in her cozies. Like a Sister isn't Like a Best Seller, it is!!
Read more
5 people found this helpful
Helpful
Report abuse

Adrienne King
4.0 out of 5 stars Gripping
Reviewed in the United States 🇺🇸 on March 27, 2022
Verified Purchase
From the first page it had never. I really enjoyed it. Definitely going to look for other books by this author. As a New Yorker, I knew where the characters were in most of the scenes. It felt like I was watching a movie instead of listening & reading a book.
Read more
3 people found this helpful
Helpful
Report abuse

Nenia Campbell
VINE VOICE
2.0 out of 5 stars Great concept but pacing is way off
Reviewed in the United States 🇺🇸 on July 3, 2022
Verified Purchase
DNF @ 18%

I'm really sad to be writing this review right now because I wanted to love this book. The author seems really nice on social media and I loved the premise. Difficult and uptight heroine investigating the death of her party girl reality TV sister? Um, YES. I also thought the writing was really good. It's just, as other people have complained, REALLY slow-paced. The point where I just kept wanting more. I feel like, when it comes to pacing, I'm more relaxed than other readers. I actually don't want instant gratification and I'm willing to wait, but you have to give me something. Even if it's all in the character's head-- I need to feel some sort of thrill in a thriller. LIKE A SISTER was starting to pick up a little, finally, near the 20% mark, but I kept finding myself setting this one down because it was boring to me.

2 to 2.5 out of 5 stars
Read more
5 people found this helpful
Helpful
Report abuse
See all reviews