Auggie & Me: Three Wonder Stories and millions of other books are available for Amazon Kindle. Learn more 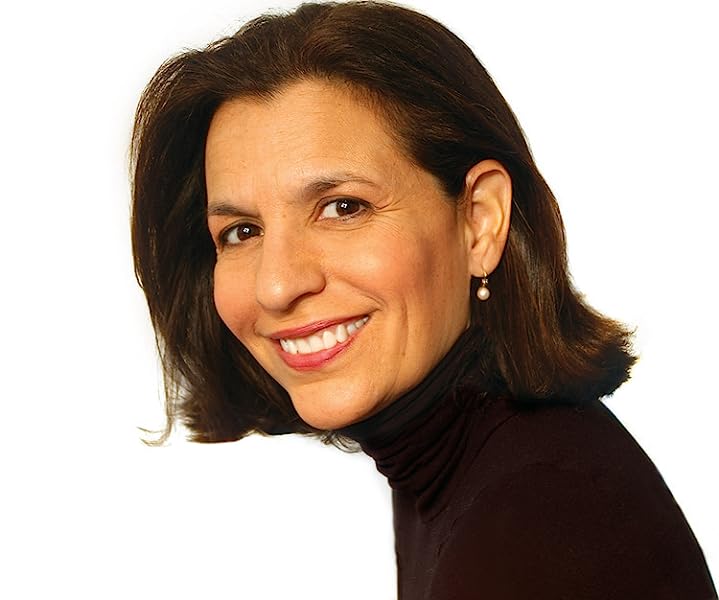 R.J. Palacio lives in New York City with her husband, two sons, and two dogs. For more than twenty years, she was an editorial director, an art director, and a graphic designer working on books for other people while waiting for the perfect time in her life to start writing her own novel. But one day several years ago, a chance encounter with an extraordinary child in front of an ice cream store made R.J. realize that the perfect time to write that book had finally come. Learn more about the author at RJPalacio.com. R. J. Palacio is available for select readings and lectures. To inquire about a possible appearance, please contact the Random House Speakers Bureau at rhspeakers@penguinrandomhouse.com.
Start reading Auggie & Me: Three Wonder Stories on your Kindle in under a minute.

4.8 out of 5 stars
4.8 out of 5
2,622 global ratings
How are ratings calculated?
To calculate the overall star rating and percentage breakdown by star, we don’t use a simple average. Instead, our system considers things like how recent a review is and if the reviewer bought the item on Amazon. It also analyzes reviews to verify trustworthiness.

C. WHITE
5.0 out of 5 stars Great Book!
Reviewed in the United States on December 13, 2016
Verified Purchase
Fantastic book! My son loved it so much as a supplement to "Wonder" that I had to read it also. The author does such a fantastic job of telling parts of the original story from other perspectives and adding even more information. This is exactly what you wish for when reading a wonderful book (like "Wonder"). What are the other characters thinking/doing? Why do they behave the way that they do? Great book, our family would read anything from R. J. Palacio. Should be mandatory for all schools. Very well worth reading!
Read more
22 people found this helpful
Helpful
Report abuse

elizabeth_s
5.0 out of 5 stars My tween hates reading
Reviewed in the United States on December 22, 2020
Verified Purchase
I forced my tween to read Wonder. I know, I'm an awful parent. She begrudgingly finished it, but wouldn't stop telling me how awful it is.
She hates reading and hates books, and I have to force her to do her reading assignments for homeschool. When she got to the end of Wonder she asked to read this one. So, I guess it really wasn't all that bad?? Hats off to Palacio for making something that my tween didn't die while reading.
Read more
4 people found this helpful
Helpful
Report abuse

Linn
5.0 out of 5 stars Important Book
Reviewed in the United States on July 16, 2016
Verified Purchase
Auggie and Me is an important book about tolerance, kindness, and doing what is right in the face of adversity. It could benefit every middle school child. It is supportive for children who are perceived as "different" from other. All the children in my family have read it and as an adult I thought it was creatively and sensitively written as well as being realistic.
Read more
14 people found this helpful
Helpful
Report abuse

J Vickery
5.0 out of 5 stars Good book for 9 year old boy
Reviewed in the United States on May 15, 2018
Verified Purchase
We immediately ordered this book after my son (9) and I finished Wonder. He loved Wonder and he loved this book too. There was one dark area regarding the Holocaust that we had to discuss a little further and I thought it might bother my sensitive boy but he handled it well. Overall it was a great book and an easy read for him. I recommend it!
Read more
4 people found this helpful
Helpful
Report abuse

JFKTOO
5.0 out of 5 stars Book Club with grandchildren
Reviewed in the United States on February 26, 2021
Verified Purchase
My husband and I have a virtual book club with 11 and 9 year old grandchildren ( a Covid accommodation). We read 40 pages each week and then discuss what we have read on Skype. ALL of us have enjoyed this book and it provided LOTS of things for discussion. I heartily recommend this book for sharing between grandparents and their grandchildren ! Their observations and feelings about the characters and the story have been insightful and interesting.
Read more
Helpful
Report abuse

mrrabed
5.0 out of 5 stars Great for the whole family
Reviewed in the United States on December 10, 2017
Verified Purchase
Great Great Great Great Book for the whole family and movie was just as good. My daughter see the preview for the movie and asked me to buy the book. Wow, they should either put this book in every school or let our society watch the movie. Great read for young or old, well written from many points of view.
Read more
2 people found this helpful
Helpful
Report abuse

Lisa
5.0 out of 5 stars Great story for all kids to read
Reviewed in the United States on July 30, 2018
Verified Purchase
Great story for all kids to read. All 3 of my children including 2 girls and 1 boy read this book and really enjoyed it. It’s filled with wonderful lessons. Easy to read and keeps a kids attention from the beginning. We watched the movie after reading and while the movie was just as sweet, each kid said they loved the book more
Read more
One person found this helpful
Helpful
Report abuse

N!
5.0 out of 5 stars Wait kids actually want to read the book and put the video games down
Reviewed in the United States on January 23, 2021
Verified Purchase
Purchase this book for my godson and he loves it as they were reading it in school he wanted his own copy and I am elated that he wants to read children between the ages of seven and nine typically want to play on their video games however he put the video game down to read this book so tapping into that energy overall I would recommend this book
Read more
Helpful
Report abuse
See all reviews

bf90er
5.0 out of 5 stars Great addition to Wonder
Reviewed in the United Kingdom on January 14, 2018
Verified Purchase
I originally thought this was a follow on to Wonder. However it is not. This book takes place during the events of the first book wonder from 3 different characters point of view.
1) Julian (the bully from wonder) it was great to get a background into Julian life and find out why he acted the way he did.
2) Christopher (auggie oldest friend) this was probably the weaknees out of the 3. I didn't really connect to this character (probably because he not a big character in the first book with him being briefly mentioned), however you find out why he made finds with auggie and the struggles he faced in being his friend.
3) Charollte - has her very own story about he year and you find out her year was just a big struggle as well as Auggie, and you find out her involvement of the events that occurred in wonder.

Overall this was a great read and a must for fans of Wonder. I can't wait to read more
Read more
6 people found this helpful
Report abuse

Amazon Customer
4.0 out of 5 stars Good, but not the best
Reviewed in the United Kingdom on March 19, 2018
Verified Purchase
This book has 3 different parts: The Julian chapter, Pluto, and Shingaling. Overall it is a good addition to wonder but with some not very good bits.

The first part of the book is the Julian chapter. It is the book told through Julians pov, but shortened. The beginning is not very interesting, and it does not really add anything on to the storyline, but there is a very nice ending.

The second part of the book is Pluto. It is about August's best friend, Christopher. This was my least favourite part, as it does not add anything on to the storyline, apart from a little backstory.

The third and last part of the book was Shingaling. It is about Charlotte, a girl who was asked to be kind and to look out for Auggie. This was my favourite part of the book because even though it didn't add anything on to the initial storyline, it had it's own little story which I enjoyed reading. It was about Charlotte and her friends, and even though it was a little rambly at times, it was a good little story.

Overall it was a good buy, some bits were kind of boring, but if you are looking for more Wonder, go for this.
Read more
One person found this helpful
Report abuse

Jo Farr
4.0 out of 5 stars Very interesting ebook
Reviewed in the United Kingdom on August 30, 2018
Verified Purchase
Auggie & Me is a great book, which consists of three parts :

1. The Julian Chapter - I really enjoyed reading this part as it gives you some background story of what his life is like and how in tge end, he becomes a much better person.

2. Pluto - this section is written by Christopher, an old friend of August's It is slightly unrelated to Wonder because it does not really involve Auggie that much but I still thought it was great as I began to understand what it would be like to be Auggies friend.

3. Shingaling - this part is definately my favourite as it is mostly about Charlottes school life and how she delt with her friendship issues. It is the most interseting section of tge three and really makes you wany to read on.

I would definitely recommend this book if you enjoyed wonder!
Read more
2 people found this helpful
Report abuse

Michelle Rennie
5.0 out of 5 stars Touching and thoughtful
Reviewed in the United Kingdom on August 27, 2019
Verified Purchase
It may have been written for ‘kids’ but it’s still a good read at 55! I read this straight after ‘Wonder’ and it provides an excellent insight into the lives and backgrounds of some of the supporting characters from the original book.
Because it is an easy read, I finished it in one session but that’s okay: I just need to download another book!
Read more
2 people found this helpful
Report abuse

iamalama
5.0 out of 5 stars I love this book
Reviewed in the United Kingdom on August 17, 2018
Verified Purchase
After I read wonder one of my friends told me about this book so I figured I would give it a try. So I did and when I started I could not stop, I loved the story line and the meaning of it I think that this book is perfect and so sweet I love in so much that I am going to suggest this book to all my friends because I fell every one would get a chance to read this book.
Read more
One person found this helpful
Report abuse
See all reviews
Back to top
Get to Know Us
Make Money with Us
Amazon Payment Products
Let Us Help You
EnglishChoose a language for shopping. United StatesChoose a country/region for shopping.
© 1996-2021, Amazon.com, Inc. or its affiliates