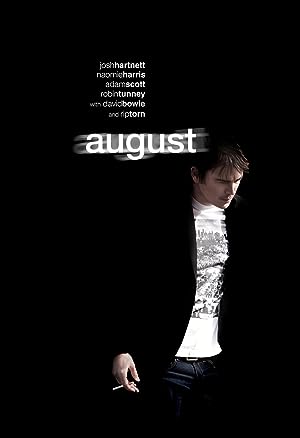 warrenReviewed in the United States on September 2, 2021
2.0 out of 5 stars
i gave it forty minutes
Verified purchase
first: I disliked the main character. really disliked him. not the actor. the rest: dull script. dreary settings. dull cast/characters. I was lucky enough to see the first few minutes of the fine actor rip torn, but it was not enough to watch more than forty minutes of this, uh, ...crap. oh, yeah, the 2 stars were for mr. torn.

Ryan NortonReviewed in the United States on November 16, 2010
5.0 out of 5 stars
~~~AWESOME MOVIE~~~
Verified purchase
I Read a lot of bad reviews on this movie at first. I don't know why but i always like to look at the bad reviews first and then take a look at the good ones. I decided to buy it because Josh Hartnett is one of my favorite actors.
After I watched the movie I was really impressed with everything. The only thing that I didn't like about the movie was that I never really did find out what Land-shark does as a company. It struck me as a little depressing but it also has some real in it. I am sure this type of thing happened to so many dot com start ups back in those days that its not even funny. Someone who had no status at all starts a dot com and it blows up and they get WAY more money then they should have ever got and then everything falls apart because they don't know how to manage all of there success. I am sure this happened to so many people so when i was watching this i couldn't help but think of all that.
The bottom line is that this was a really good movie if you are into this kind of thing. I don't like how some people just "Dog" this movie and talk down on it because I thought it was really good. I would recommend it only to those who are into this kind of movie.

CMW11239843Reviewed in the United States on November 29, 2012
4.0 out of 5 stars
An Epochal, Highly Literary Tour de Force
Verified purchase
The epic irony of course is that the fictitious company depicted in the film, Land Shark, (years ahead of its time, impressive but unrecognized or perhaps unneeded function, piecemeal devaluation) mimics the film itself in its less-than-glamorous critical reception and subsequent out-phase. Pick it up for $2 and amaze yourself that at one point in time, theaters were charging $12 for a one time view. And yet this film will always hold a place amongst people with advanced brain wiring and an abnormal taste for perennial melancholia. It manages to capture every emotion that the dot com boom losers felt during each stage of their venture: the eagerness, the exploitation ("We can do this!" as Tom laments to an apathetic bartender), the hype, the VCs, the market saturation, the market loss, the return of the VCs, the bitter end ("It's over" as Tom closes) and of course throughout, the undying, Olympian hubris in the midst of Silicon Valley's renaissance. Ask any CEO of a surviving software giant spawned or aggrandized during the period, and he will probably tell you Tom Sterling is him in his youth, although with much less talent and without all the failure. I personally tend to think of Ellison, and although somewhat in a different category, the late Steve Jobs when I see this film, the aberrant, happy-go-lucky geniuses who could so casually shield their companies from speculation with one suave, cutting-edge speech. As a teenager, with my dad in the technology biz, these guys were the James Bonds of my world.

But there was never any mention of the losers. I never heard their stories. The guys above were cool because they were (are) well-spoken, smart, and contrarian, but also because they succeeded, because their companies succeeded. How cool would it be if James Bond didn't win in the end? Enter the world of literature, of epic tragedies, the world in which August so fittingly belongs. It is this world that has us asking ourselves overarching questions like "Why are we proud?" "What do we really want?" "How far are we willing to go to get it?". August, like any great literary work, prods and pries, while granting us a rare glimpse at the darker side of high technology.

The film's greatest strength, the sharp, pinpoint parlance, is also its greatest weakness, as I can see how easy it might be for the average film goer to quickly become uninterested in plot and character. It's almost as if the screenwriters were aiming to perplex the viewers so that all they would hear is a weird, cacophonous blend of legal, business, and geeky babble. But for those with access to a library, or the internet, and who have a thirst for knowledge, this obstacle can easily be overcome. And when you delve into the story, and really understand things, you get a sense of place and time, a sense of importance, and you can't help but think of other grand-scheme, underrated films like Wall Street (esp. the 2nd one). You start to make sense of your world a little better, yourself a little better, and if you also get over the equally cacophonous soundtrack, then you really start to enjoy the all-star pantomime.
3 people found this helpful

Stephen SamperiReviewed in the United States on September 26, 2015
3.0 out of 5 stars
Good story and good acting
Verified purchase
Good story and good acting. It was just a little too quiet and boring half the time. Josh Hartnett was staring off into the distance thinking about stuff too much. Good movie showing how noone really knew what tech companies did.
One person found this helpful

bradley m barrickReviewed in the United States on December 24, 2015
3.0 out of 5 stars
Three Stars
Verified purchase
Was great it 2008, doesnt really hold up

Steven ClarkReviewed in the United States on February 24, 2013
3.0 out of 5 stars
Letdown
Verified purchase
Couldn't find this at any renters so got it cheap here. Now I know why. Fairly boring and really didn't like Josh Hartnett's character at all.

Amazon CustomerReviewed in the United States on September 25, 2013
4.0 out of 5 stars
Josh fan
Verified purchase
It wasn't my favorite Josh Hartnett film but as long as he was in it, I liked it. Added it to my collection.
One person found this helpful

Pen NameReviewed in the United States on December 3, 2012
1.0 out of 5 stars
So boring!
Verified purchase
I'll admit that I bought this because it was super cheap and because I'm a big Adam Scott fan.

The problem with the movie is that none of the characters are likable and the story was so dull - I literally had to pause it halfway in and take a nap!
One person found this helpful
See all reviews
Back to top
Get to Know Us
Make Money with Us
Amazon Payment Products
Let Us Help You
EnglishChoose a language for shopping. United StatesChoose a country/region for shopping.
© 1996-2021, Amazon.com, Inc. or its affiliates