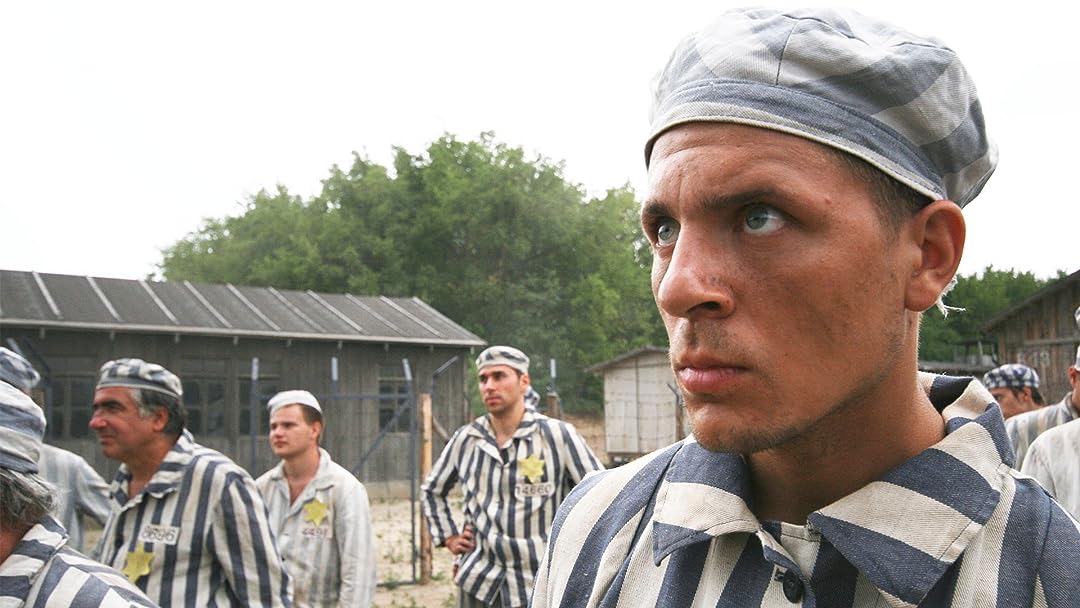 (6)
46min200713+
Escape from Auschwitz uncovers the true story of the spectacular escape from the camp in 1944 by two young Slovak jews -Rudolf Vrba and Alfred Wetzler. The Nazi's extermination plan relied on the truth about the camp's purpose being kept secret from the outside world.

Me2Reviewed in the United States on March 17, 2021
5.0 out of 5 stars
Incredible determination/bravery
Verified purchase
These two young men risked their lives to save other lives & make sure the world would know the horrors of Auschwitz where the Nazis tortured and killed Jews......they industrialized the killing of fellow human beings.
Then to ingeniously and successfully escape and finally tell their story, people didn't believe them. In fairness, whaat they spilled out seemed so farfetched to normal folks it took a while for them to be convinced.
While the deportations and killings didn't stop as soon as they had hoped, FINALLY the Germans halted the trains to Auschwitz. In the end their actions ended up saving 1000's of lives.
Still young, I'd say these two young men has lived their lives well so far! Each went on to live as normal as possible lives after the war.... a miracle in itself.

BongolotReviewed in the United States on August 29, 2021
4.0 out of 5 stars
Historically inaccurate in one aspect !!!
Verified purchase
The one who told the world was Witold Pilecki he volunteered to go to concentration camp to see what is happening there.
"Pilecki’s plan was simple. He would get himself arrested, get thrown in Auschwitz and then start gathering and smuggling out intelligence about the place. He presented his plan to infiltrate the camp to his superiors in the Autumn of 1940, and they eagerly accepted." His superiors in AK (Polish Underground Army) sent reports to England as soon as they got them, but Pilecki reports were inconvenient for Allies and they pretended for long time they did not know about what was happening in the german camps.
"Pilecki’s first report to reach London arrived in the Spring of 1941"

The Auschwitz Volunteer: Beyond Bravery

Brendan HolmesReviewed in the United States on August 19, 2020
4.0 out of 5 stars
Very compelling
Verified purchase
This brief documentary provides a glimpse into the depravity of man. After reading Rudolf Vrba's book, I escaped Auschwitz, it was reassuring to notice a few critical observations and detailed notes memorized and relayed to the public who were kept in the dark about these atrocities. The movie introduces a key player in Rezso Katzner and his deal with the devil to save a select few. Read the book as it provides an excellent first-hand account of what transpired during the holocaust.
One person found this helpful

BobReviewed in the United States on August 13, 2020
5.0 out of 5 stars
The man (Rudolf Vrba) who saved thousands of Hungarian Jews with his courage and determination
Verified purchase
You should follow this up reading his account and listening the extensive interviews done by Claude Lanzmann, the French film director who produced Shoah. They're available online at the Holocaust museum.
3 people found this helpful

Jeffrey PogueReviewed in the United States on January 24, 2021
5.0 out of 5 stars
A documentary that keeps you on the edge.
Verified purchase
There was nothing boring about this documentary. It's the kind of documentary that will keep you on the edge of your seat but unlike a fictional movie, there was no happy ending. It is sad that the main character's efforts to save all of those people didn't happen, but life is so precious, even if one life is saved then all of his efforts were worth it.

moochyReviewed in the United States on November 19, 2021
1.0 out of 5 stars
Boring
I fell asleep while watching this movie... It moves much too slow.
See all reviews
Back to top
Get to Know Us
Make Money with Us
Amazon Payment Products
Let Us Help You
EnglishChoose a language for shopping. United StatesChoose a country/region for shopping.
© 1996-2022, Amazon.com, Inc. or its affiliates