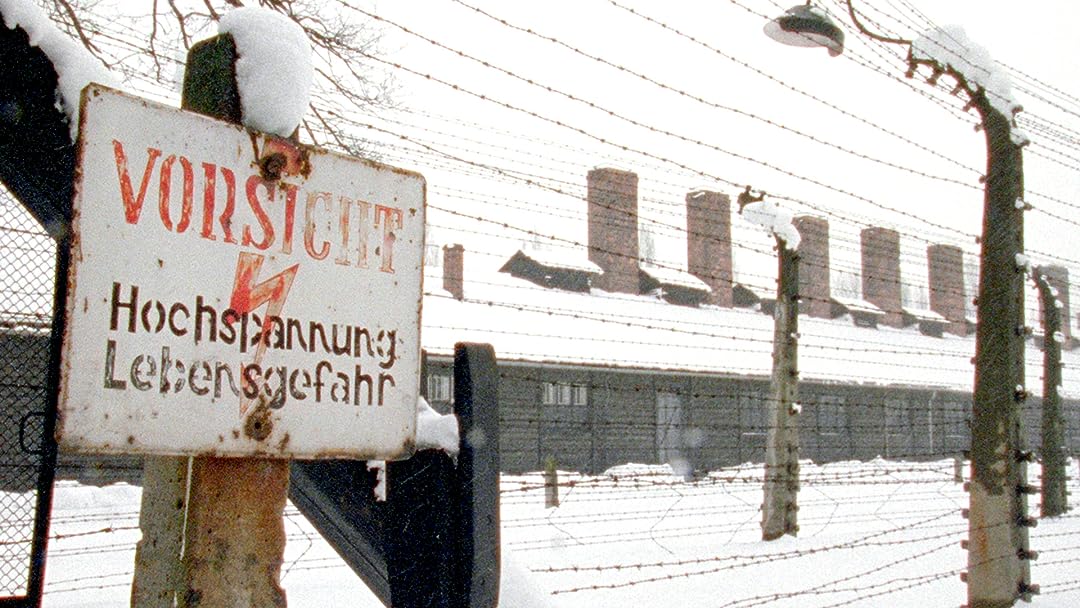 (25)
44min201313+
The biggest trial of Nazi war crimes ever: 360 witnesses in 183 days of trial - a stunning and gripping portrayal of the most terrible massacre in history.

ChrisSherrillReviewed in the United States on December 8, 2020
4.0 out of 5 stars
Relevant
Verified purchase
English narration but the interviews are German with English voice-over.
This was difficult to watch. Sometimes we, in our hearts and minds, just rebel against being reminded of how depraved we human beings can be. Don't think for a moment that only German Nazis could be capable of such atrocities. To avoid a repeat requires that we be diligent, but too many of us have been lulled to sleep by our easy lives. Perhaps this would wake up a few.
7 people found this helpful

LeeshaReviewed in the United States on February 7, 2021
5.0 out of 5 stars
Scathing miscarriage of justice.
Verified purchase
At least 10,000 SS guards served at Auschwitz. Only a fraction ever went to trial and even a smaller fraction were held accountable for their crimes.

Auschwitz survivors traveled from Israel, the US, UK, etc, to provide eyewitness testimony at this trial. Many of them terrified to step foot in Germany again, experienced panic attacks, severe anxiety, and depression during the trial.

So, what did Germany do to help? They placed these terrified Auschwitz survivors in the same hotel as the former SS guards who murdered their families in gas chambers and gleefully tortured them for sport for years. When these survivors went for breakfast they looked across the dining room and saw the faces of their sadistic SS soldiers sitting together eating, smoking, chatting, and sneering at them. They had not a shred of remorse. Unbelievable.

More than 8,500 names of former SS guards appear in the searchable database showing where they came from in Germany and how long they worked at Auschwitz: https://truthaboutcamps.eu/th/form/60,Zaloga-SS-KL-Auschwitz.html

There are about 800 former SS guards still alive today, free and happy, living out their golden years.

This film is an important testimony that documents how the world justice system and post-war Germany failed Holocaust victims, failed to hold thousands of the most sadistic criminals accountable. Absolutely Shameful.
2 people found this helpful

HMS WarspiteReviewed in the United States on May 23, 2021
5.0 out of 5 stars
Finding the truth...
Verified purchase
In the 1960's, nearly 20 years after the end of the Second World War, the Federal Republic of Germany was still coming to terms with the crimes of the Nazis. In 1963, federal prosecutors undertook the trial of surviving SS guards who had staffed the infamous death camp at Auschwitz. This German documentary, with English over-narration, captures the proceedings of the trial and its findings.

The film is graphic, especially in its depiction of the inhumanity of the camp at Auschwitz. Testimony of survivors of the death camp is also graphic, and disturbing. It is no less disturbing that the SS defendants seemed to feel they had committed no wrong. The makers of the film note in conclusion that many death camp guards escaped justice through the passage of time and the inability of the normal justice system to process and try them. Recommended.
2 people found this helpful

RescuepetsruleReviewed in the United States on October 20, 2020
4.0 out of 5 stars
never enough Nazis punished
Verified purchase
We will have to trust Almighty God to punish most Nazis since the majority of them got off free in this life. I hate to hear people deluding themselves with the thought that such criminals are punished by their conscience. People capable of the atrocities in WWII are not suffering from guilty consciences, any more than modern day criminals suffer from guilt in prison. I worked among the womens' prisons here in Texas for 3 years, and they only think of themselves, not the victims' families. Their only regret is getting caught and sent to prison without enough money to buy junk food during their sentences, so I trust God to deliver justice to such people.
This film shows a thin slice of justice, which is better than nothing at all. The biggest insult is to hear them repeat the lie, "I didn't know what was going on." I hope someone is comforted that at least a few were arrested and hanged.
3 people found this helpful

HopeJoyReviewed in the United States on November 11, 2020
5.0 out of 5 stars
No justice
Verified purchase
Most of these monsters lived out full lives others served minimum sentences for the genocide. They all should have been locked inside the camps to starve and die of the diseases such as typhus rampant throughout camps on liberation. Trials? they deserved no trials and all of them from the brass to the guards, anyone working in those camps should have been left to perish in them.
2 people found this helpful

WillowReviewed in the United States on September 30, 2019
4.0 out of 5 stars
Many Nazi's escaped any punishment
Verified purchase
I dislike documentaries that really do not research or listen . Could have given the court a few more escaped criminals and I was born after the war. They never changed their mannerisms or attitudes. Still have a bit of PTSD from being around them, under their authority and knowing they were hiding. That was only short of 15 years after the war. Too many got away with no consequences. In other countries....not Germany.
One person found this helpful

Adam Reviewed in the United States on July 1, 2019
5.0 out of 5 stars
Accounting of the war criminals
Verified purchase
It's amazing how few of the murderers complicit in the Holocaust came to trial, and of those who did many got off lightly. Also amazing is how slow and weak their pursuit has been.
3 people found this helpful

JEFFREY BoneReviewed in the United States on February 21, 2021
4.0 out of 5 stars
It was horrible what happened, and people did this to other people.
Verified purchase
I must watch this part of history, and the atrocities. Iam a weak person who couldn't survive in those conditions. It must Never happen again, and yet it has many times, on a smaller scale.
One person found this helpful
See all reviews
Back to top
Get to Know Us
Make Money with Us
Amazon Payment Products
Let Us Help You
EnglishChoose a language for shopping. United StatesChoose a country/region for shopping.
© 1996-2022, Amazon.com, Inc. or its affiliates