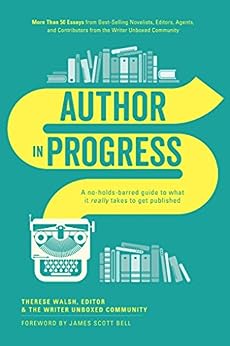 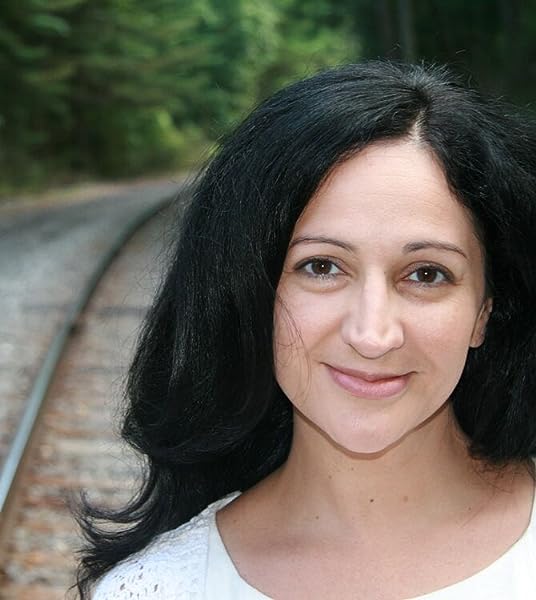 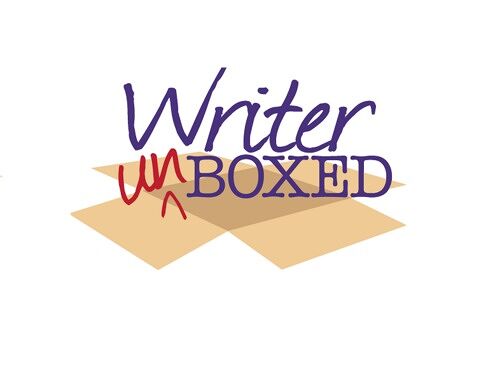 Author In Progress: A No-Holds-Barred Guide to What It Really Takes to Get Published Kindle Edition

Writing can be a lonely profession plagued by blind stumbles, writer's block, and despair--but it doesn't have to be. Written by members of the popular Writer Unboxed website, Author in Progress is filled with practical, candid essays to help you reach the next rung on the publishing ladder. By tracking your creative journey from first draft to completion and beyond, you can improve your craft, find your community, and overcome the mental barriers that stand in the way of success.

Author in Progress is the perfect no-nonsense guide for excelling at every step of the novel-writing process, from setting goals, researching, and drafting to giving and receiving critiques, polishing prose, and seeking publication.

You'll love Author in Progress if...

• You're an aspiring novelist working on your first book.
• You're an experienced veteran looking for ways to enhance your career and connect with your writing community.
• You've finished your first draft and want to know the next steps.
• You're seeking clear, effective advice about publication-from professionals who are "down in the trenches" every day.

What's Inside
Author in Progress features:

• More than 50 essays from best-selling authors, editors, and industry leaders on a variety of writing and publishing topics.
• Advice on writing first drafts, conducting research, building and fostering community, seeking critique, revising, and getting published.
• An encouraging approach to the writing and publishing process, from authors who've walked this path.
Read more
Previous page
Next page

"There are tons of awesome writing books out there about everything from creating suspenseful plots to using humor, but few of them cover every single part of your writing journey. And none of them do it quite like AUTHOR IN PROGRESS...Writing a novel is not easy. We all know that. But what we might not know is how to research productively, revise our first, second, and third draft, embrace the publishing business, and write "unboxed". AUTHOR IN PROGRESS is the one book solution to these problems. Less than $20, unlimited answers." - Emily Nielson at Just a First Draft

"AUTHOR IN PROGRESS is like WHAT TO EXPECT WHEN YOU'RE EXPECTING...for novelists." - Margaret Dilloway
--This text refers to the paperback edition.

Want to know what it takes to push through a manuscript and finish your novel?

I'm the co-founder and editorial director of Writer Unboxed, and the editor and a co-author of Author in Progress. When the idea for a WU book first emerged via Writer's Digest, I wasn't certain I'd want to commit to the effort. On the other side of it, I'm so glad that I did. The full WU team stepped up to become a part of this project -- 50 contributors, including best-selling authors and industry leaders, and a few special guests -- and they truly delivered.

What you'll find in AiP is a breakdown, and a deep drill-down, of what it really takes to get published -- from pre-writing considerations to the writing itself, critique, improvement, rewriting, perseverance, and more.

If you often wonder what it takes to finish a publishable work of fiction, if you've been struggling with a work you can't seem to complete, AiP could be the book for you. I know I couldn't be prouder of it or the WU team.

Write on!
Therese
--This text refers to the paperback edition.

After I got my publishing deal, the question I received most often from not-yet-published authors was this: How did you do it?
The pithy answer? You put your butt in a chair and write.

Don't you want to punch that answer in the face? It's like hearing someone with great hair say that she simply rolls out of bed in the morning and fluffs it a little. You know she has a cabinet filled with gels and sprays and various antifrizz products, but she doesn't want to share her secrets or admit to the mirror time required. She just wants you to admire the final product.

Well, butt in chair is only part of the story, and the least fantastical part at that. So let's try again.

How did you do it?
I spent several years writing and editing a version of the manuscript that would become my debut novel, but it wouldn't become my debut until after I gutted all of that polished prose. I tore the story to the ground and then built it back up with a new (more innovative) structure, new (shades-of-gray) characters, new (layered) storylines, and a new (stronger) voice. I finished the manuscript for a second time, and that version is what finally sold. The "formula," in broad strokes, was this:


1. Write.
2. Receive feedback with an open mind.
3. Improve myself to improve my story.
4. Repeat.</li
These steps contained fine brushstrokes, of course, as well as dozens of questions: What do you write? How often should you write? Do you need to take classes, read books, get an MFA? What barriers might you face, and how do you 4 Author In Progress overcome them? How do you receive feedback, and where do you find it? How do you process it all? Which changes do you-and don't you-make? What if you want to quit? How long must you go on? When is enough enough?

The purpose of Author in Progress is to answer those questions. This book offers guidance for the evolution of your manuscript and for yourself as a writer. We'll walk you through the stages every novelist must face, whether you want to obtain a traditional publishing deal or self-publish, and we'll introduce you to the stumbling blocks you might encounter before writing, while writing, when asking for feedback or seeking instruction, through rewriting, and beyond. --This text refers to the paperback edition.

Therese Walsh is the co-founder and Editorial Director of Writer Unboxed, a website visited daily by thousands of writers interested in the craft and business of fiction.  Her debut, The Last Will of Moira Leahy, was nominated for a RITA award for Best First Book, and was a TARGET Breakout Book. Her second novel, The Moon Sisters, was named one of the Best Books of the year by Library Journal, and received starred reviews from Booklist and Library Journal.

Therese was a researcher and writer for Prevention magazine before becoming a freelance writer and eventually turning to fiction. She has a master's degree in psychology.

4.7 out of 5 stars
4.7 out of 5
32 global ratings
How are ratings calculated?
To calculate the overall star rating and percentage breakdown by star, we don’t use a simple average. Instead, our system considers things like how recent a review is and if the reviewer bought the item on Amazon. It also analyzes reviews to verify trustworthiness.
Top reviews

Fred M.
5.0 out of 5 stars Highly recommended.
Reviewed in the United States on December 25, 2016
Verified Purchase
A superb collection of essays on the craft of novel writing and the care and feeding of novelists. All the contributors are well qualified to speak to their respective subjects. I don't think there was a single essay in the entire book that didn't teach me something. Highly recommended.
Read more
5 people found this helpful
Helpful
Report abuse

Orren
5.0 out of 5 stars As helpful as it's title suggests
Reviewed in the United States on March 9, 2020
Verified Purchase
Reading this book won't make me a best-selling author. I have to do that. But If I do, some of the credit will go to the wonderful authors who wrote these articles. They're thought-provoking and inspirational, cheap at twice the price,
Read more
One person found this helpful
Helpful
Report abuse

Stella CarrierTop Contributor: Writing
TOP 1000 REVIEWER
5.0 out of 5 stars Stimulating
Reviewed in the United States on August 28, 2017
Verified Purchase
This book Author in Progress by Therese Walsh and Writer Unboxed is like a writing life coach in a book form because various ideas and resources are giving for a person who is determined to be a writer. I also like the encouragement given for people who wish to still hold a full-time job while also being a writer. Some of the other ideas discussed in this book; researching “best sources” for story topic (an example given on page 50), muster your courage (example given on page 117), read as a writer (example given on page 181), try this rather than quit (example given on page 297), and more
Read more
2 people found this helpful
Helpful
Report abuse

R McBurnett
4.0 out of 5 stars Superb Guide to Authorship
Reviewed in the United States on September 12, 2018
Verified Purchase
I especially appreciated hearing from several voices. This book, like most of its genre, is primarily directed at novelists, and I write non-fiction. Nevertheless, I gained immensely from reading - especially the parts about the publishing aspect of authorship.
Read more
One person found this helpful
Helpful
Report abuse

Susan Kramer
5.0 out of 5 stars A Must Have for All Writers
Reviewed in the United States on November 7, 2016
Verified Purchase
From the get-go, I'm hanging on every word! Haven't finished it, but I've been a part of the WRITER UNBOXED Facebook group for years and know how fruitful it's been for my writing life.
Read more
3 people found this helpful
Helpful
Report abuse

CindyC
5.0 out of 5 stars Excellent book, especially on revisions
Reviewed in the United States on February 15, 2019
Verified Purchase
I bought this book right before tackling a second draft of a book. It gave me terrific practical advice and encouragement to go forward. Highly recommended.
Read more
One person found this helpful
Helpful
Report abuse

Jane Daly
5.0 out of 5 stars Great information for writers
Reviewed in the United States on December 31, 2016
Verified Purchase
This is a great book chock full of practical advice. It's a little like drinking from a fire hose, or trying to anyway. Best taken in small chunks. This book is for anyone from beginner to multi-published author.
Read more
One person found this helpful
Helpful
Report abuse

Ronald Estrada
5.0 out of 5 stars Keep this on on your nightstand!
Reviewed in the United States on November 6, 2016
Verified Purchase
An amazing collection of essays on the craft. This is one to keep on the nightstand and read a chapter every night. Some of the best writers today offer their advice, and comments from regular Writer Unboxed readers are even included. A real gem!
Read more
2 people found this helpful
Helpful
Report abuse
See all reviews

Denise Willson
5.0 out of 5 stars GET IT NOW
Reviewed in Canada on November 3, 2016
Verified Purchase
Absolutely awesome, for writers at any stage. Go. Get. This. Book.

Dee Willson
Author of A Keeper's Truth and GOT