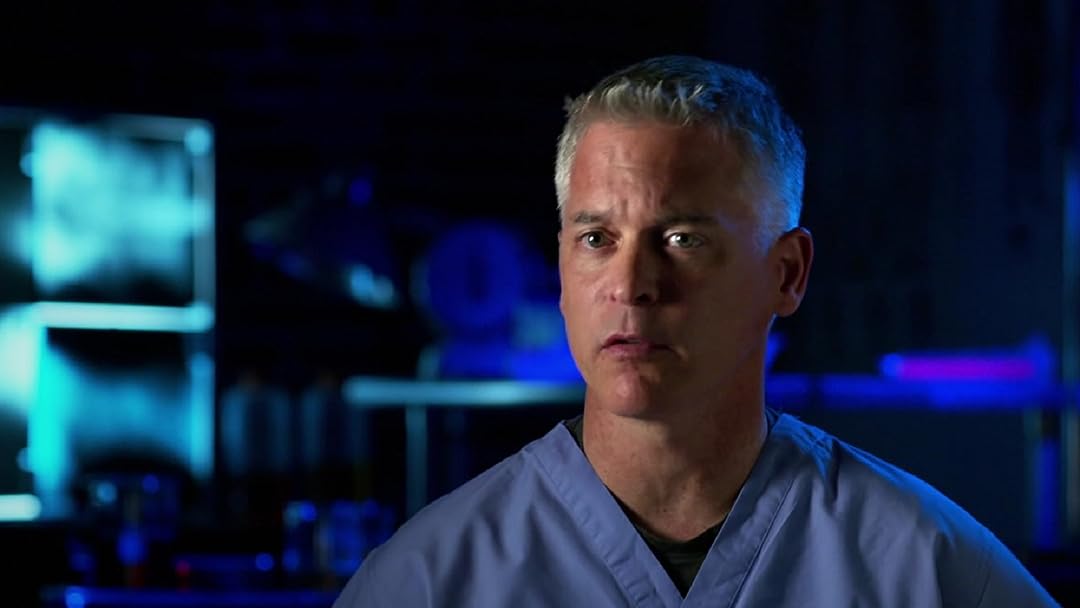 Autopsy: The Last Hours of…

(42)7.82017TV-14
A documentary series that reveals the truth behind the controversial deaths of global icons and people whose untimely deaths were surrounded by scandal and intense media attention.

Included with REELZ on Amazon for $1.99/month after trial

Watch with REELZ
Start your 7-day free trial
Add to
Watchlist
By ordering or viewing, you agree to our Terms. Sold by Amazon.com Services LLC.
Write review

FrancesReviewed in the United States on March 27, 2020
1.0 out of 5 stars
Medical Info in "Autopsy" is Misleading and Perhaps Inaccurate
I watched 2-3 episodes of Autopsy and enjoyed. However, as I continued to watch, I saw significant misrepresentations of medical information, particularly psychiatric meds. I'm a psych NP and have prescribed these medications many times. For example, the show noted Robin Williams was on quetiapine (Seroquel) with a bottle shown indicating a 50 mg dosage (was the dosage accurate for Mr. Williams? I don't know). The coroner reports this is a powerful medication used for bipolar, etc (I don't recall specifics, just that this is used for significant mental illness). Seroquel, especially at lower doses from 25-200mg for an adult, is often used for sleep! The same thing was mentioned with mirtazipine (Remeron), often used for sleep. This misinformation misleads the public and further stigmatizes folks who reach out for help. I stopped watching Autopsy for this reason. If this production, and a medical professional, are willing to mislead the public regarding medical information, what can you trust in "Autopsy"?
32 people found this helpful

SmithReviewed in the United States on March 23, 2020
1.0 out of 5 stars
Repetitive, Graphically Annoying
The documentary style relies way too much on constantly recapping what happened in the previous segment. It is so annoying and insulting, the producers think that I can't remember what happened minutes before. Then the use of amateurish effects pushed me away completely. Could barely make it through one episode.
11 people found this helpful

Amazon CustomerReviewed in the United States on April 30, 2020
1.0 out of 5 stars
Despicable and Loathsome Tabloid Garbage
This is a deplorable series. It is not clinical. It is not intelligent. It is a grossly sensationalized production, narrated by British journalists, a British coroner, and supplanted by B-list nobodys looking for 15mins of fame. And what would the British have if not for tabloid journalism?

It’s chock full of “maybe,” “might have been,” and “perhaps” conjecture. Very subjective. Very speculative. Very tabloid, and very irreverent, particularly in its interviews with “psychological experts” (also British).

I expected Dr. Michael Baden; what you get is THE SUN and NATIONAL ENQUIRER in a morgue. Despicable and loathesome.

A. ThankfulReviewed in the United States on May 12, 2020
4.0 out of 5 stars
Totally not worth it.....I am reviewing Autopsy: The Last Hours of video....
What I mean in my review title, is that fame is totally not worth it....For years, people of all ages from all time periods put these "celebrities" up on pedestals and worship them for their "virtues".... Time and time again, this show proves they are just totally messed up people who have a real need for some help! I think that is what attracts them to the "let's pretend" lifestyle.... But it's the devil's trap...Vanity....Pride.....Then they get an "entourage"----probably Latin for "parasites from hell"....People who pretend to be their besties, yet have no problem staying around as long as there is something in it for them....Money and the love of it....Yet, did any of these "bodyguards" and "limo drivers" ever put their precious jobs on the line to help the person they were supposed to be working for? Yes, they probably would have gotten fired, but they at least could have said they tried to help out a fellow human being.... I see over and over a total lack of care to call 911 in a TIMELY fashion---oh we don't want any paparazzi----then why did you get into this narcissistic business to begin with? What a joke! You basically will sell your body and soul to the highest bidder but when you are near death, God forbid the world finds out how messed up you have become????? High salaries and they die in filth and mold and vomit and pus and blood.....For what?? The "pharmacists" should lose their licenses and go to prison for filling fake prescriptions and the people who are the vultures around these "stars" should be accountable as well....There is a special place in hell for drug dealers and for the pharmacists and "doctors" who have so miserably failed these people when they needed help most of all. I can honestly say, I don't think any of these people profiled ever had a true friend, and that is so very sad....And if they did have a friend, they probably cast them off for greener grass but paid the ultimate price by having leeches surround them.....All these people had a gift from God, but unfortunately, the world got a hold of them and they forgot who gave them the talent...A lot of these people seemed very needy of just love and compassion, which when they couldn't get it, became warped into a narcissistic need to be noticed at all costs... I am deeply saddened by all their deaths and think the best thing that could've happened to all of them would have been if they never made it (became "famous") The money, the fame, all blinded them to the eternal truth---they were already priceless to God and He loved them all enough to die for them. Please God help us to stop putting mere humans on pedestals they never belong on and focus on you! When these actors actually get paid what they are worth and people in this world who do REAL work and make a real difference in people's lives around them get paid accordingly, then we might actually see some change in this world....But, it won't happen...Everybody is too obsessed by the trying and dying actors... Jesus only you can fix this messed up world and the people in it! Please Come quickly!
7 people found this helpful

jeannine cannitoReviewed in the United States on March 18, 2020
4.0 out of 5 stars
Great....EXCEPT
I really like this show. But...every time that famous coroner or narrator said "medications like benzodiazepines are commonly used to treat depression...". NO THEY ARE NOT. If they are, they are prescribed by someone who needs their medical license revoked. 'Benzo's' are an antiquated way of treating panic attacks and anxiety.. Over time (much like opiates and pain) they WORSEN anxiety. Psychiatrists have long known the dangerous dependency issues. General medical practitioners, however seemed not to as they historically handed out prescriptions for benzo's like candy.
6 people found this helpful

JazzbeaReviewed in the United States on April 2, 2019
4.0 out of 5 stars
Informative and Unbiased
This series explores "just to facts" as recorded in a coroner's report which is then dissected by a forensic coroner and his interpretation of what happened and why. Celebrities have so much pressure to be what the public expects. They are human beings with real problems and illness' for which they need valid medical help. Having to try and hide from the media and public judgment has got to be living in the bitter-sweet lane.

They all paid the ultimate price for fame.
12 people found this helpful

MoanakaiReviewed in the United States on February 22, 2020
5.0 out of 5 stars
Well presented and very interesting
I am reviewing the autopsies of Michael Jackson, Whitney Houston, and Anna Nicole Smith - the other reviews on this page seem to be about something else. I'm giving it five stars because it was presented
professionally and there was information that I had no idea of even though I had followed some of the news so it was worth the watch for me. Also I was studying to be a mortician decades ago so it made it even more interesting to me. However, warning, if you are squeamish and don't want to see a particular person looking horrible then you may not enjoy this because occasionally the real person is shown after death although most times actors are used.
6 people found this helpful

TRod6653Reviewed in the United States on April 10, 2019
1.0 out of 5 stars
Shameful
Disgusting and not a medical show. Was tabloid journalism and many nobodies talking like they knew him. Shame on the doctor .
11 people found this helpful
See all reviews
Back to top
Get to Know Us
Make Money with Us
Amazon Payment Products
Let Us Help You
EnglishChoose a language for shopping. United StatesChoose a country/region for shopping.
© 1996-2021, Amazon.com, Inc. or its affiliates