Autumn: Dawn: Book one of the London trilogy and millions of other books are available for Amazon Kindle. Learn more
Share <Embed> 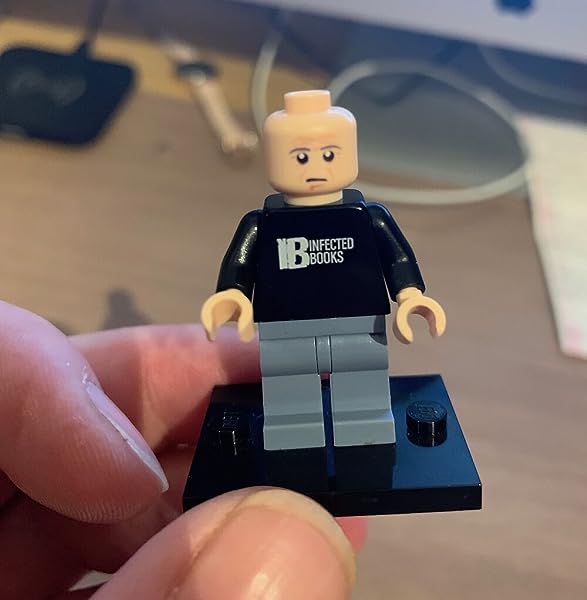 by David Moody (Author)
4.6 out of 5 stars 43 ratings
See all formats and editions
Sorry, there was a problem loading this page. Try again.

WELCOME TO LONDON
Population seven million
99.9% of them dead
The survival of the rest balanced on a knife-edge
THE WORLD IS DEAD!
Two months ago, billions of people were killed by a deadly germ. Days later, they rose up again in massive numbers. Since then, cities worldwide have become corpse-filled, rat-infested, germ-choked hellholes.
A group of people are trapped in central London, hopelessly outnumbered by the dead. They hear rumours of a safe haven in the north - a self-sufficient community where people from across the country have gathered to try and rebuild their lives. But the decaying ruins of the capital are vast and sprawling, and they're going to need an army to get away from this place.
There are other people here, waiting in the shadows to be found. Can enough of them band together to make a difference, or has the country - maybe even the entire world - already been lost to the dead?
The first book a new trilogy of novels set in the dystopian world of David Moody's best-selling AUTUMN survival horror series.
Read more
Previous page
Next page

"Autumn: Dawn is an unabated, unforgiving onslaught of intensity that takes aim at both the light and dark side of humanity. Like a punch to the gut, it knocks the wind out of you on the opening page and keeps you gasping for air until the very end."--BookNest

"For anyone who may have been concerned about what new ideas a new Autumn novel could possibly contain there is no need to worry. Heading back into this world was like putting on a favourite comfortable jumper. I loved almost every single word of this novel, it was a triumphant return to the rotting world of Autumn and I cannot wait to see where the story heads next. 10/10"--The Rotting Zombie

"David Moody's AUTUMN: DAWN breathes new life into my favourite undead series. Moody brings his trademark approach to a zombie world: interesting and realistic characters, organic conflict, and always, always, the dramatic and horrifying struggle to survive in a world overrun by the dead." --Craig DiLouie, author of THE CHILDREN OF RED PEAK

"Autumn: Dawn is an instant classic of the zombie genre, a superb novel that demands to be read by anyone with an interest in zombie fiction, or high-quality horror fiction in general; and I cannot wait to see what Moody brings to this setting with the next book in this new series." --The Sci-Fi and Fantasy Reviewer

"Autumn: Dawn is a fantastic read from beginning to end. Not only does it feel like an Autumn story, it also feels fresh. Or as fresh as a zombie horror can be in 2021. I'll be hungrily awaiting the next story in this trilogy." --Games, Brrraaains & A Head-Banging Life

A pioneer of independent publishing, David Moody first released HATER in 2006, and without an agent, succeeded in selling the film rights for the novel to Mark Johnson (producer, Breaking Bad) and Guillermo Del Toro (director, The Shape of Water, Pan's Labyrinth). Moody's seminal zombie novel AUTUMN was made into an (admittedly terrible) movie starring Dexter Fletcher and David Carradine. He has an unhealthy fascination with the end of the world and likes to write books about ordinary folks going through absolute hell. The publication of a second trilogy of HATER stories cemented his reputation as a writer of suspense-laced SF/ horror, and farther out genre books of all description. Find out more about Moody at davidmoody.net.

Start reading Autumn: Dawn: Book one of the London trilogy on your Kindle in under a minute.

David Moody first released Hater in 2006 and, without an agent, sold the film rights for the novel to Mark Johnson (producer, Breaking Bad) and Guillermo Del Toro (director, The Shape of Water, Pan's Labyrinth). Moody's seminal zombie novel Autumn was made into an (admittedly terrible) movie starring Dexter Fletcher and David Carradine. He has an unhealthy fascination with the end of the world and likes to write books about ordinary folks going through absolute hell. With the publication of new Autumn and Hater stories, Moody has furthered his reputation as a writer of suspense-laced SF/horror, and "farther out" genre books of all description. Find out more about his work at www.davidmoody.net and www.infectedbooks.co.uk.

BookNerd
5.0 out of 5 stars A Great Beginning
Reviewed in the United States on May 31, 2021
Verified Purchase
I've been waiting on this book for a while now and it was worth the wait. Full of action, suspense, and all the things we love about Moody's writing, this book builds the world for us, answers some questions, but leaves us wanting to know more. Can't wait to find out what happens next.
Read more
2 people found this helpful
Helpful
Report abuse

Rae
5.0 out of 5 stars Autumn Dawn
Reviewed in the United States on September 5, 2021
Verified Purchase
Awesome book series. David moody puts such ingenious spin on zombie novels. Autumn is a masterpiece of this genre, with plenty of anxiety inducing action. Great character development that show cases characters that are dynamic and bring you to care or feel a certain way about the. This series is truly a peek into the very basics of the human condition. Dawn leaves you to wonder what would you do? How would you hold up? In the end its a amazing book.
Read more
Helpful
Report abuse

robin hartmom
5.0 out of 5 stars welcome back to autumn...
Reviewed in the United States on June 3, 2021
Verified Purchase
got my copy and have had to force myself to stop reading so i can make it last! waited for a long time for this series to start back up,worth the wait..the story ia still bleak,scary,dark,but oh so exciting to meet the new people,heres hoping that this chapter in the series eventually crosses over to the first autumn books! moody hits a homerun with this revival!
Read more
Helpful
Report abuse

Daniel T.
5.0 out of 5 stars Great book
Reviewed in the United States on October 11, 2021
Verified Purchase
David Moody is, in my opinion, the most underrated author of our times. This book is just another brilliant installment in the already amazing Autumn series. If you're thinking about buying this or any other of his books, just do it. There is 0% chance of disappointment.
Read more
Helpful
Report abuse

Shawny K
5.0 out of 5 stars Was a gift
Reviewed in the United States on July 29, 2021
Verified Purchase
Gift
Read more
Helpful
Report abuse

Ms. A.
5.0 out of 5 stars David Moody is BACK!!!
Reviewed in the United States on June 27, 2021
Verified Purchase
Excellent continuation of the Autumn series. Cannot wait for more!
Read more
Helpful
Report abuse

Daniel jobling
5.0 out of 5 stars Brilliant
Reviewed in the United Kingdom on July 5, 2021
Verified Purchase
I read the original trilogy a while back and really enjoyed it this book is just as enjoyable may not be the longest of books but the author sets a brilliant pace which makes the book feel like the perfect length awesome for anyone who is a zombie fan
Read more
One person found this helpful
Report abuse

Kindle Customer
5.0 out of 5 stars Good book.
Reviewed in the United Kingdom on July 11, 2021
Verified Purchase
Have just finished all of the Autumn series books. Really am looking forward to the next book (s).
Read more
One person found this helpful
Report abuse

Sparks
5.0 out of 5 stars Another tense, gripping story from a master of the horror genre, zombie fiction especially.
Reviewed in Australia on August 8, 2021
Verified Purchase
David Moody is a master of dread and suspense, his stories told from the all too real perspectives of everyday people faced with an impossibly bleak new world. If you're a fan of post apocalyptic stories, this new trilogy is a must read!
Read more
Report abuse
See all reviews
Back to top
Get to Know Us
Make Money with Us
Amazon Payment Products
Let Us Help You
EnglishChoose a language for shopping. United StatesChoose a country/region for shopping.
© 1996-2021, Amazon.com, Inc. or its affiliates