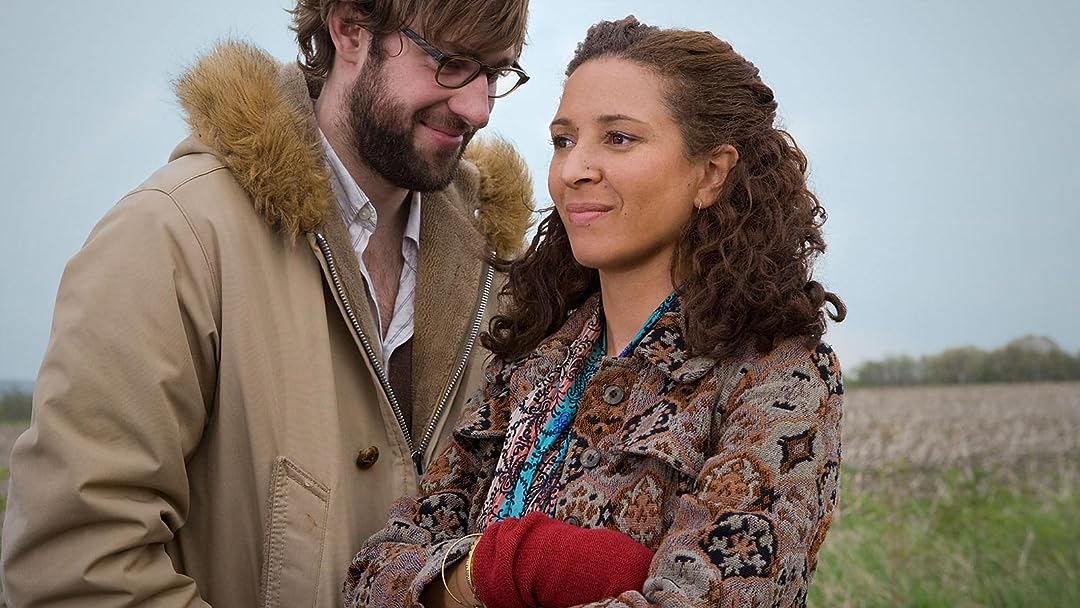 (867)
7.01 h 38 min2009X-RayR
From Director Sam Mendes and starring John Krasinski and Maya Rudolph comes this funny, romantic and heartfelt comedy about a couple's hilarious journey to find their perfect home.

kelly brooksReviewed in the United States on October 12, 2019
5.0 out of 5 stars
one of my favorites
Verified purchase
I got this to replace a copy that got scratched to the point of no salvage. This is without a doubt one of my favorite movies. It has what every girl dreams of- a knight in shining armor willing to get it roughed up for her, while being a bit goofy in all the right ways. You get to see a variety of characters that make you scratch your head and realize what really matters in a funny way. I strongly recommend. If nothing else, join Verona with some ice cream and enjoy with a glass (maybe bottle) of wine on a PMS day.
5 people found this helpful

Jason & KellyReviewed in the United States on August 31, 2020
3.0 out of 5 stars
Not that great... Had some moments...
Verified purchase
Meh. Not impressed.
The good: Good actors & good chemistry between the lead actors.
The bad: The failure of this movie is that the goals & intentions of the characters is not clearly & simply established in the 1st act of the movie. & subsequently the drama fails to materialize & fails to deliver in the 2nd act & 3rd act, because we don't understand what's at stake & if the characters are close to achieving their objectives.

They should have CLEARLY & SIMPLY shown us what the stakes were, & what the characters were trying to do, & then after each stop along the journey, reminded us of the goals & how what just happened either brought them closer to those goals or not.

They just failed to achieve this.
Finally in the 3rd act, what I'm sure the film makers intended to be a poignant moment falls flat on it's face & misses the target.
This film leaves the viewers confused.

David GertlerReviewed in the United States on September 6, 2021
2.0 out of 5 stars
Great cast; story is offbeat without being funny or moving
Verified purchase
Here's what's good about "Away We Go":

In one scene, folk icon Vashti Bunyan's song "Just Another Diamond Day" is playing in the background.

Here's what's bad about "Away We Go":

Just about everything else.

Well, the cast is strong; apart from the leads, there are quite a few notable performers, from Allison Janney and Jeff Daniels to Jim Gaffigan and Catherine O'Hara. That's why I gave this film a second star. But they are wasted here.

At various points, nearly every character is yelling "f" this or "f" that, making raunchy sex references, and/or acting in stupid bizarre ways. The filmmakers seemed to be alternating between trying to make us laugh and tugging at our emotions. Their mix of personal friction, cursing, and absurd behavior doesn't succeed on either count.

The best way I can sum this film up is to say that if you thought that the total mess of a movie titled "This Is 40" was entertaining, you might like "Away We Go". Otherwise, steer clear.
One person found this helpful

StephanieReviewed in the United States on October 12, 2016
5.0 out of 5 stars
Because we want her to be happy, no matter what
Verified purchase
Burt Farlander: "Do you promise to let our daughter be fat or skinny or any weight at all? Because we want her to be happy, no matter what. Being obsessed with weight is just too cliché for our daughter."
Verona De Tessant: "Yes, I do. Do you promise, when she talks, you'll listen? Like, really listen, especially when she's scared? And that her fights will be your fights?"
Burt Farlander: "I do. And do you promise that if I die some embarrassing and boring death that you're gonna tell our daughter that her father was killed by Russian soldiers in this intense hand-to-hand combat in an attempt to save the lives of 850 Chechnyan orphans?"
Verona De Tessant: "I do. Chechnyan orphans. I do. I do."

Really, it doesn't get any better.
17 people found this helpful

Tallie365Reviewed in the United States on February 11, 2020
4.0 out of 5 stars
Interesting and different
Verified purchase
An expectant couple in Away we Go visit friends and family across the land looking for a place to settle. The concept is interesting as they take a whirl-wind trip and experience many viewpoints. I enjoyed the vignettes --funny, sweet and some cringey! The movie is slow at times but it builds into a good film of discovery and hope. The grass is rarely greener on the other side.

Johannah TimbreblueReviewed in the United States on January 10, 2016
5.0 out of 5 stars
Where would you go, and why?
Verified purchase
This movie is beautiful and brilliant, and the soundtrack makes it absolute perfection. Alexi Murdoch's songs perfectly complement the movie's wistful contemplation for home and family. The songs keep the movie mellow and thoughtful when the action of the story might be upsetting or life-altering for some of the secondary characters. The story moves along at an unhurried pace, but the changes in locale keep the viewer's interest as the movie moves from one vignette to another, with different groups of family and friends at each stop. I guess this is a romantic comedy, but it plays as more of a comedy than a romance, with Krasinski and Rudolph's easy comfortable chemistry drawing us in to their story as it progresses across North America and through the lives of their nearest and dearest. An excellent date-night movie, but even better for a married couple or group of friends. The writing is witty but doesn't seem overly aware of itself as witty, which adds to the charm. It leaves us wondering, if we could live anywhere, near anyone, where would we go, and why? Did I mention the music? Because the music is amazing.
4 people found this helpful

Beth CordierReviewed in the United States on April 28, 2021
5.0 out of 5 stars
Away We Go
Verified purchase
I love this movie. Both John Krasinski and Maya Rudolph were great as a young pregnant couple looking for the perfect place to settle down. The movie is both funny and poignant. It is well written and the script is not predictable. The supporting cast were also good. I highly recommend this movie.

J. GiardinaReviewed in the United States on October 20, 2009
5.0 out of 5 stars
No artificial tension
Verified purchase
In a lot of romantic comedies of this type, the writer/director feels compelled to add an artificial element of tension - some misunderstood comment or perceived infidelity that causes the couple to fight, go their separate ways, then realize their follies and make up. The beauty of this film is that there is nothing like that. In the end, it's clear the movie makers know having a child and trying to find a home are tensions enough. This is just a nicely paced, sweet movie that makes you feel happy and hopeful about life. The main characters don't really fight or get angry - in fact, they consistently stick up for each other in the way everyone hopes their own spouses will. I've read some reviews that say things like "this is only for people who like Jim from 'The Office.'" Maybe so, I like Jim's character and so does my wife, so I guess we're biased. It's also nice to see Alison Janney, who is manic and hilarious in this film. Maya Rudolph also doesn't get enough credit, as her story about her father is lovingly told and her last line is great. I highly recommend this film.

PS. Best last lines in my opinion:
1. [[ASIN:B002PSVSA6 Heist]]: 'Cute as a Chinese baby.'
2. [[ASIN:B000I9X6NG Dodgeball: A True Underdog Story]]: 'F-ing Chuck Norris.'
2 people found this helpful
See all reviews
Back to top
Get to Know Us
Make Money with Us
Amazon Payment Products
Let Us Help You
EnglishChoose a language for shopping. United StatesChoose a country/region for shopping.
© 1996-2022, Amazon.com, Inc. or its affiliates