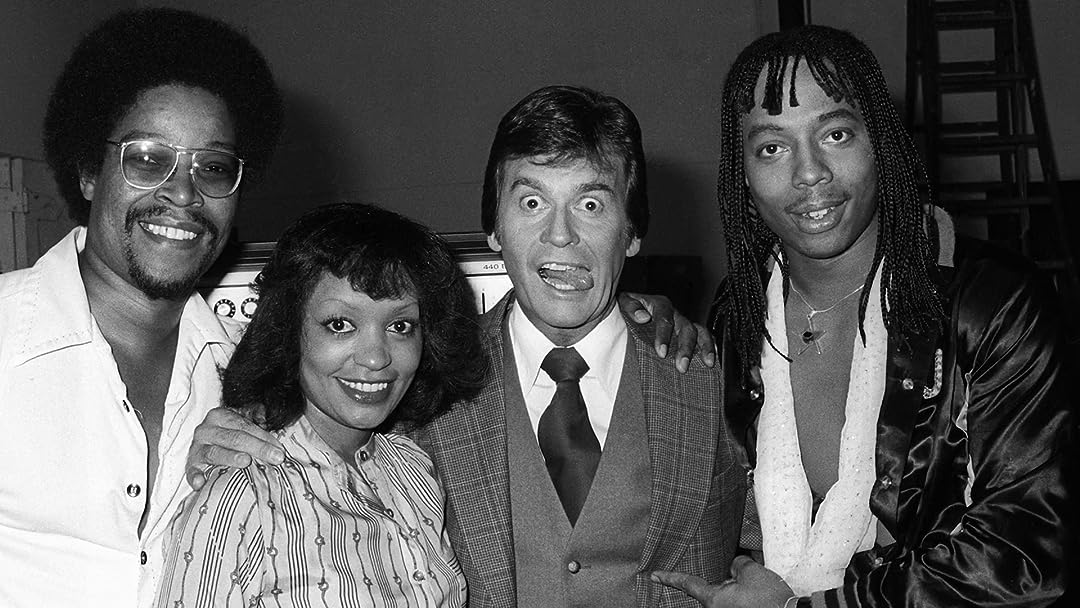 BITCHIN': The Sound and Fury of Rick James

joel wingReviewed in the United States on September 24, 2021
4.0 out of 5 stars
If there's anyone who deserves a doc its Rick James
Verified purchase
If anyone deserved a documentary it was Rick James. He was a musical genius, an icon and a madman all rolled into one. There’s the usual mix of talking heads but more importantly old interviews with James. They also mix the talking heads with the commentary over footage so you’re not just always looking at these people instead of James.

There are some outstanding moments. One was James’ early introduction to bands with the Mynah Birds out of Toronto who was signed to Motown and got to play with some of their greats like Stevie Wonder. The band also included Neil Young. That was part of his Hippy Rock period. Not all of those moments are good however like his times in court and his addiction.

I usually don’t like talking heads dominated docs but this is a real exception. Rick James was a force of nature and he deserves as much attention as he can get.

Mother of CrowsReviewed in the United States on September 6, 2021
5.0 out of 5 stars
Fascinating and Disturbing at the Same Time. Loved it!
Verified purchase
Been a fan of Rick James's music since I was in middle school in the 70s. Loved the Punk Funk he doled out -- there was nothing else like it, not to mention his energy and showmanship. This documentary has poignant interviews with those who were closest to James -- family, band members, ex-wives, his children, music execs. Overall, you get a well-rounded, honest look at his life, musical origins, motivation, and disturbing tendencies. Like all humans, Rick James has many facets, some of which were beautiful and some of which were dark and disturbing. There were quite a few tidbits in here that I didn't know -- such as his friendship with Jay Sebring and success with The Mynahs, just to name a couple. Highly recommend this documentary for music fans and especially for fans of Rick James's music.

Reader WriterReviewed in the United States on October 1, 2021
5.0 out of 5 stars
Great documentary about a Legendary Music Artist
Verified purchase
I really enjoyed this documentary that chronicled the life and music of Rick James. It didn't gloss over the more troublesome aspects of his personality and I appreciated that. But what I liked most was that I learned something new about him that I didn't know before. Rick had more versatility as a music artist than the media ever gave him credit for. His loss to us is significant. Who knows what he may have produced if he'd been able to overcome his addictions and lived a while longer. Still, how many can say they created art that's remembered and stands the test of time as Rick has? Not many.

Amazon5741Reviewed in the United States on September 19, 2021
5.0 out of 5 stars
Epic Beyond The Title
Verified purchase
A visceral depiction of the life of one of American music's most influential personalities. Rick James was a trailblazing artist who also happened to encapsulate an equally troublesome soul. Posthumously, his musical legacy will be mentioned for generations to come, hopefully, they will overshadow his real-life exploits. Unresolved issues, drug addiction, and childhood trauma played a significant part in his ultimate acts of self-destruction. So many of his songs can be added to the soundtrack of my life, which has so many fond memories.

Rhoda Rochelle ArringtonReviewed in the United States on October 5, 2021
5.0 out of 5 stars
This was hot, raw, and unapologetic!
Verified purchase
This was hot, raw, and unapologetic! Real look into Rick James. I found out so many cool things about him musically that I did not even know. Who would have thought that a young Rick James hung out with THE BAND, before they were The Band, and Neil Young. This is one of the better documentaries that I have seen.

Reginald LewisReviewed in the United States on September 18, 2021
5.0 out of 5 stars
A Must See For Any Music Lover!
Verified purchase
This man was a musical genius, he earned his stripes, he went all in with his dark side and gave us his musical best! Rick James deserves a Building after him in Buffalo, New York!
One person found this helpful

Ch.Reviewed in the United States on September 25, 2021
5.0 out of 5 stars
Excellent Doc About a Music Legend
Verified purchase
Great doc. I learned alot about the highs and lows of this musical wonder. I'm glad his daughter was involved in this doc. Truthful--the good and the challenges.

A'lyce A.Reviewed in the United States on January 17, 2022
5.0 out of 5 stars
VERY ENTERTAINING!!!
Verified purchase
I really enjoyed watching this story about Rick James. His music is truly one of a kind.
See all reviews
Back to top
Get to Know Us
Make Money with Us
Amazon Payment Products
Let Us Help You
EnglishChoose a language for shopping. United StatesChoose a country/region for shopping.
© 1996-2022, Amazon.com, Inc. or its affiliates