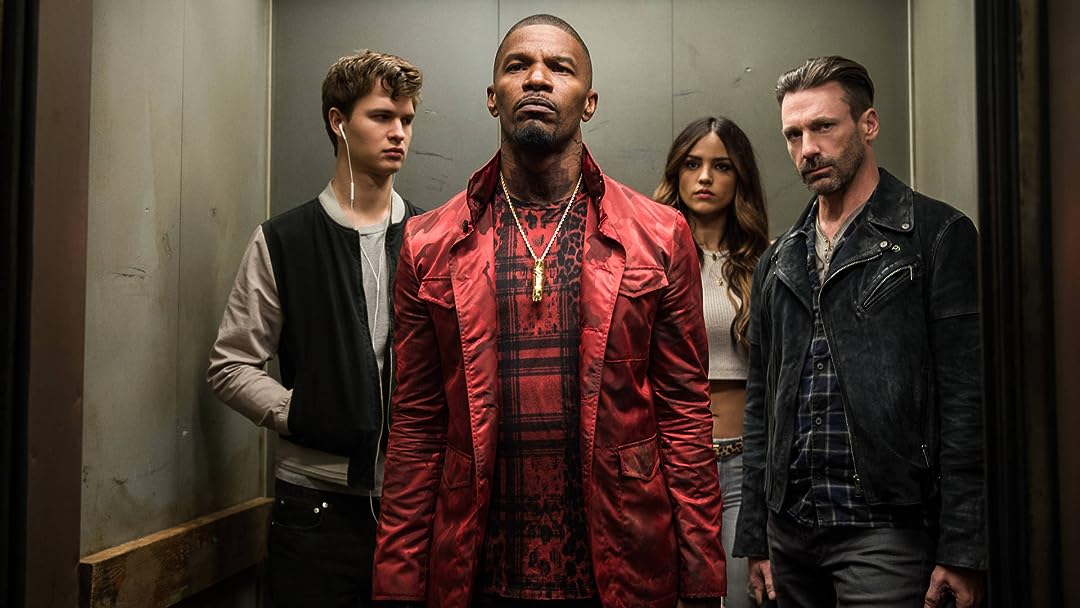 Ted JonesReviewed in the United States on August 20, 2017
5.0 out of 5 stars
A must see for music fans who like action movies
I am a 65 year old male with a lifelong interest in listening, playing and dancing to great music and I loved this film. This show, while admittedly violent in many parts, is the the most fascinating action film I have ever seen. There is clever humor, great choreography, and several ingenious twists before the end. Seeing around 40 movies each year and owning over 400 blue ray discs, I have to say this is one of the most entertaining films I have ever seen. If you are into some of the best pop music of the last 40 years and have an interest in seeing a completely unique take on a action film with a positive ending, then don't miss this one. It will continue to entertain you even after several viewings. Very Highly recommended!
- Ted Jones
277 people found this helpful

StevenReviewed in the United States on September 16, 2017
5.0 out of 5 stars
5 stars
Verified purchase
Best movie I have seen in a while. It has something for everyone and if you don't like it we probably can't be friends.
52 people found this helpful

clairetoldmetochangemyscreennameReviewed in the United States on June 12, 2018
5.0 out of 5 stars
Wright's Frantic Crime Caper is Set to an Amazing Soundtrack
Verified purchase
Fantastic, energetic, and with one hell of a soundtrack, Baby Driver is another winner from Edgar Wright. Starring Ansel Elgort (in his best role so far) as the titular Baby, the movie follows Elgort trying to survive in a criminal underworld as a getaway car driver who suffers from tinnitus and uses a classic rock playlist to drown it out and time his driving. Wrapped up with Kevin Spacey's crime boss Doc at a young age, Baby has been stuck driving for the man's capers ever since with increasingly erratic criminals like Buddy (Jon Hamm) and Bats (Jaime Foxx). When Baby meets a lovely waitress named Deborah (Lily James) he finds something worthwhile outside of driving for Doc and tries to get out of the life only for the cautious and superstitious Doc to drag him back in. The action and driving is insane and wonderfully shot and timed to the movie's amazing soundtrack. Wright also uses clever sound editing to manipulate the sense of music in the film (for example during scenes when Baby's music stops a low hum can be faintly heard to instill the sense of Baby's tinnitus in the audience). With great acting from all parties (especially a terrifying Foxx and Hamm) the film's only downside is sadly the revelations about Spacey's behavior that came out after the fact. It is hard to watch the film without keeping his behaviors in mind (especially when he's referring to Elgort's character as "my baby" the whole time), but looking at the movie as a piece of art detached from the real world person it is a truly astounding accomplishment.
17 people found this helpful

Josh-WaiReviewed in the United States on September 22, 2017
5.0 out of 5 stars
Best Movie of 2017 Hands Down. This is how movies should be made.
Verified purchase
This movie is easily my #1 movie of 2017. Edgar Wright smashes it again with Baby Driver. The acts in this movie are excellent and don't even get me started on the score. This movie is a PERFECT blend of how a score can drive a movie and get the audience moving without realizing it. I found myself moving to the music and scenes are they are so perfectly intertwined it's like a Tarantino film quality. Jon Ham, Jamie Foxx, and Kevin Spacey KILL it in this movie. I can't stress enough how good this film was.
44 people found this helpful

Tom HReviewed in the United States on February 11, 2018
5.0 out of 5 stars
An action movie that delivers so much more... on so many levels... Buy it... Experience it... Love it.
Verified purchase
When I ordered the DVD, I was looking for a sharp, entertaining action movie. It wasn't until the movie actually ended that I realized that I'd been glued to the screen... and that it seemed to end way too soon. It is indeed unusual to find such depth of character development and such believable intricacy in the relationships that develop throughout the film. Don't think for an instant, however, that all this character quality came at the cost of real action... because you couldn't be any more wrong! This has been the best surprise that I've had in watching movies in a long long time.

Now that I've got you wondering if any movie could live up to my review, just buy it and watch it... and I'll look forward to reading your review.

joel wingReviewed in the United States on May 15, 2020
3.0 out of 5 stars
Great style & music but was an average hesit plot
Verified purchase
When Baby Driver came out in 2017 it was touted as a new type of action film because writer-director Edgar Wright syncopated the scenes with music. As it turned out the movie was an average heist flick. It had the main character Miles aka Baby (Ansel Elgort) being a good guy, but he lives a life of crime being a getaway driver for a bunch of schemers and sociopaths who are going to rob the U.S. Postal Service made up of Doc (Kevin Spacey), Buddy (John Hamm), Darling (Eiza Gonzalez), and Bats (Jamie Foxx). His situation is made worse when he meets a girl named Debora (Lily James). The dilemma was whether Baby could extract himself from the crooks he’d fallen in with.

The opening scene shows what the film is going to be like. Baby is being a driver for Buddy, Darling and one other person who are robbing a bank. The music starts right away and Baby starts pounding on everything in the car to go along with the beat. Wright got more stylistic later on such as when Baby is walking down the street listening to “The Harlem Shuffle” and lyrics appear on light polls, a music store with a bunch of horns in the window appears when the brass crank up in the song, etc. The problem was the style didn’t make the story any better.

You can predict how things will turn out at the end. It’s not a bad plot and the music was an added bonus, but it just wasn’t as great as everyone was trying to say this flick was going to be.
C

RichReviewed in the United States on October 11, 2017
5.0 out of 5 stars
Nobody Puts Baby In A Corner
Verified purchase
Baby (Ansel Elgort) is the best getaway driver who works for Doc (Kevin Spacey). Baby has to work off a debt he owes Doc, but Doc has other plans for Baby that he's not aware of. One day Baby knows there's something wrong because Doc isn't following his own rules. I don't want to say much more and ruin this movie because it's SO awesome and very easy to spoil. This movie deserves nothing less than 5 stars. It has a great story, great action, great music, and a good love story to go with it. You can't ask for anything else in a movie like this. I guarantee you'll love this movie whether you rent or buy.
27 people found this helpful
See all reviews
Back to top
Get to Know Us
Make Money with Us
Amazon Payment Products
Let Us Help You
EnglishChoose a language for shopping. United StatesChoose a country/region for shopping.
© 1996-2021, Amazon.com, Inc. or its affiliates