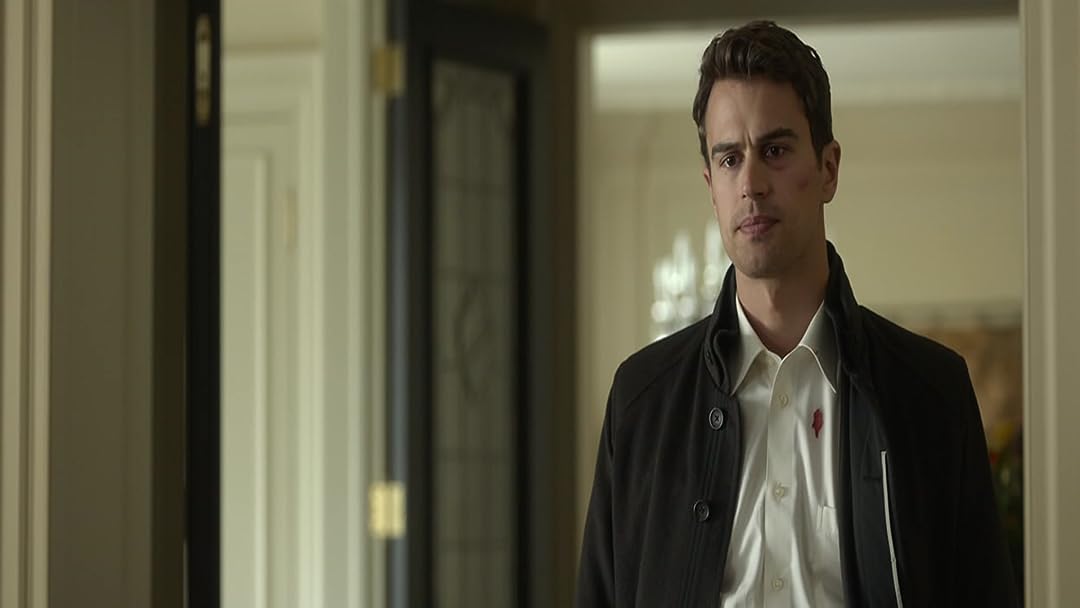 (460)
6.21 h 48 min2018X-Ray18+
Based on a true story, an idealistic young employee working at the UN investigates the grisly murder of his predecessor and uncovers a vast global conspiracy, that may even involve his own boss, in this gripping and timely thriller.

Critical MassReviewed in the United States on July 7, 2018
5.0 out of 5 stars
AND IS WELL TAUGHT BY PROFESSIONALS
Verified purchase
This movie, based on a true story, reveals the dark underbelly of corruption, greed, and payoffs that existed between Iraq, the UN, and various countries from the end of the Gulf War to the aftermath of the fall of Saddam Hussein. It does not make for easy watching. Told through the eyes and experience of a UN employee named Michael Sullivan, played perfectly by the underrated Theo James (Divergent Series, Golden Boy, Underworld), we are exposed to the double dealing that took place all in the name of money. Oil for food became a farce; funds were siphoned off; expired medicine was delivered; food arrived spoiled and in limited quantity. But the wealthy and connected flourished. Saddam alone may have pocketed over one billion dollars. Companies in no less than 56 known countries or the countries themselves violated sanctions in order to make money. The stupidity and naivete of the US government for thinking that Saddam would abide by certain conditions, that American troops would be greeted as liberators, and that it was ok to disband the Iraqi armed forces and send everyone home - allowing them to keep their weapons! - without the prospect of being paid defies logical thinking in the extreme. Ignorance of Iraq's geopolitical and cultural makeup, combined with incompetence, was a recipe for disaster. Those who served Saddam were foolishly purged thereby creating a vacuum at the top. As one person put it so succinctly in this film: The Americans knew how to conquer but did not know how to govern. (And they would not have been the first to learn that lesson.) The situation of the Kurds was highlighted. That alone proved to be an insurmountable problem.

Jacqueline Bisset as a French woman serving as the UN overseer of OFF was excellent in her role. Her attempt to correct things and keep everything on the up and up proved to be her undoing. Ben Kingsley, as another official, tried to walk the fine line between being an honest broker and capitulating to bribery. He, too, learned the impossibility of surviving in that position. All in all, this was an engrossing and highly informative film with exceptional acting and writing. I highly recommend it without reservation. As a final aside, it had to be filmed in Morocco as opposed to Iraq for obvious reasons.

M. StewartReviewed in the United States on October 2, 2018
2.0 out of 5 stars
Subtitles SO BAD!!!
Verified purchase
Plot OK - it was a true story. And acting pretty good - who can argue with Sir Ben Kingsley? But, AS WITH MANY AMAZON PRIME VIDEO presentations nowadays.....the SUBTITLES ARE PATHETICALLY, FRUSTRATINGLY BAD!!!! This one is particularly galling, since it's English language dialog into English language subtitles. And, still, done phonetically and stupidly and confusingly. Do you know the difference between "poles" and "polls"? or "and" and "in"? SO MANY OF AMAZON's titles now are like this! Who is paying these people??
25 people found this helpful

R GellerReviewed in the United States on August 19, 2018
4.0 out of 5 stars
Truly Worth Watching: Illustrates Why Kofi Amin and the UN Failed the World with Capital Greed
Verified purchase
Why is it that the essence of this (true) story is not a total surprise to anyone over the age of 40? Well written, very well acted and directed, this film depicts what happens when humans mix bottomless barrels of cash , no oversight, and the power to eradicate anyone who might act to impose moral standards. Iraq / Sadam Hussein / Oil for Food / the UN feifdoms/ corporate power.. "what could possibly go wrong? I only regret that those responsible didn't die, and didn't die under torture. Watch this and learn... the UN is useless, and greed will always rule the human race.
29 people found this helpful

UrennaReviewed in the United States on August 16, 2018
4.0 out of 5 stars
Four Star Movie with A Lackluster Title
Verified purchase
Who was in charge of the title for this movie? The title is lackluster and unappealing. But, Ben Kingsley, Theo James, and the entire cast were stupendous. I chose this movie because I am a Ben Kingsley fan. He always delivers a fantastic portrayal of his character; this time, he is stunning as Pasha, former Under Secretary of the UN. I recently saw Theo James in Netflix's How It Ends. In that movie, although a lawyer, he played something of a milquetoast around his fiance's father, Forrest Whitaker, another one of my favorites and, like Kingsley, a heavy hitter Oscar winner. Theo James held his own and did a wonderful portrayal of Michael in Backstabbing for Beginners and, as Will, in How It Ends, he was superb. Take note this actor, James, is playing with heavy hitters; therefore, he must be considered a star rising.
17 people found this helpful

joel wingReviewed in the United States on April 23, 2021
3.0 out of 5 stars
Almost destroyed an important true story of corruption by trying to make it a thriller
Verified purchase
Backstabbing For Beginners is very loosely based upon true events. It’s also an example of how Hollywood makes its own history. In the 1990s up to 2003 the United Nations ran a program called Oil for Food where it managed the sale of Iraq’s oil and used the profits to buy humanitarian goods for the country. It had a budget of billions of dollars and was manipulated by the Iraqi government, the U.N., traders and corporations to make huge profits. All of that is included in the film. The story does a good job about how all those involved were interested in maintaining the status quo because they were making money off of it. This being Hollywood they had to make it a thriller so they included murders, kidnappings, sex and a love story. It gets a little overblown as they keep on adding these types of scenes. In fact, there’s a whole part towards the end that doesn’t even have to do with the Oil for Food program anymore. Thankfully they returned to the corruption in the conclusion. Ben Kingsley is good as the United Nations deputy secretary in charge of the program. He’s always cursing which is funny.
2 people found this helpful

♤ Pain ₩arrior ♤Reviewed in the United States on October 18, 2018
4.0 out of 5 stars
Theo James Does it Justice.
Verified purchase
This is an alright movie with some ambition and decent acting. Josh Hutcherson was set to play the lead, but Theo James took his place. I was pleasantly surprised to see him owning the leading man role and I'm glad he played the part. He was very even, methodical and convincing in his acting, and he complimented Ben Kingsley well. Of course, Kingsley is the man; he slips in and out of roles and accents like a true drama king.
This movie is based on a true story and many of the important points are covered here. Overall, this is a good movie, peppered with suspense, and it's an important corruption event to be aware of.
9 people found this helpful

BuzzinglikeaBeeReviewed in the United States on December 22, 2018
4.0 out of 5 stars
A semi-accurate depiction of the Oil for Food scandal
Verified purchase
Ben Kingsley and Belcim Bilgin play strong roles in this thriller which brings back memories of the movie Beirut (2018, starring Jon Hamm). Theo James plays a 20-something deputy for Ben Kingsley and is thrown into the deep end in Baghdad - his performance could be stronger but is still compelling viewing. Has various gripping themes which spy movie aficionados will appreciate - nice cinematography, multinational accents and locations, the blending of television footage into the movie, all of which serve to bring out the complexity of trying to do good in a war-torn location. Entertaining viewing.
6 people found this helpful

vwReviewed in the United States on July 7, 2021
4.0 out of 5 stars
Worth a watch. For conspiracy lovers and Ben Kingsley fans.
Verified purchase
After watching this I was surprised to learn this was actually true, with I'm sure some creative license, but it's a head shaker - or is it? True story, Politics and corruption and Ben Kingsley = a great film. And Theo James is a bonus. Don't fold laundry or multi task while watching. Just sit back and watch it. It's entertaining and educational and for anyone who wasn't aware of the scandal it might encourage a search on the world wide web of the hisotry of the subject of this scandal. Billions of dollars and corruption of the United Nations. Who would've thought? (sarcasm)
See all reviews
Back to top
Get to Know Us
Make Money with Us
Amazon Payment Products
Let Us Help You
EnglishChoose a language for shopping. United StatesChoose a country/region for shopping.
© 1996-2022, Amazon.com, Inc. or its affiliates