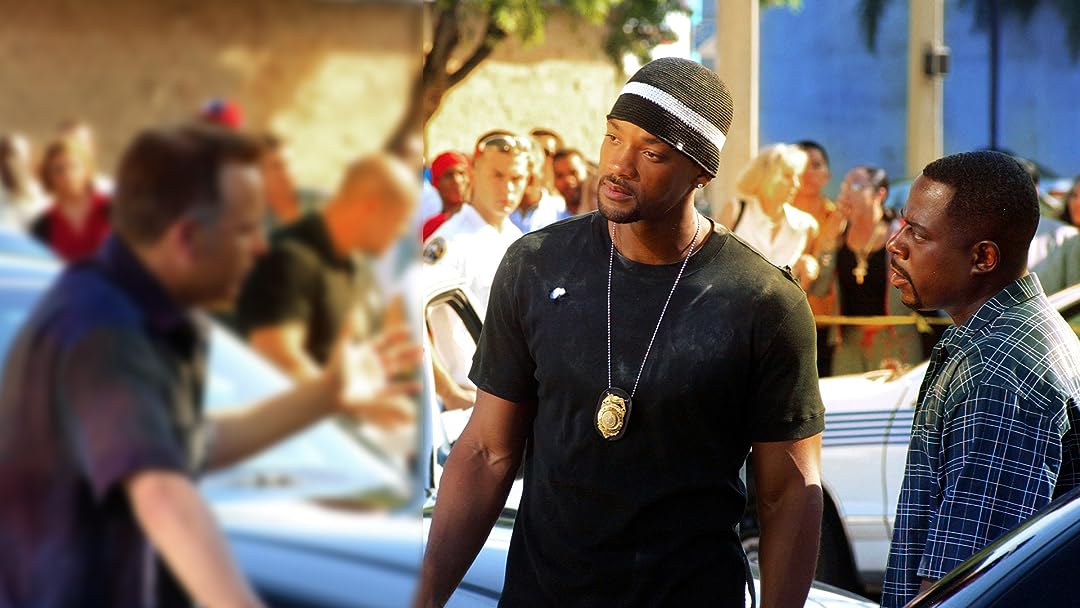 (5,364)
2 h 26 min2003X-RayHDRUHDR
The action and comedy never stop when superstars Martin Lawrence and Will Smith reunite as out-of-control trash-talking buddy cops. Bullets fly, cars crash, and laughs explode as they pursue a whacked-out drug lord from the streets of Miami to the barrios of Cuba.

Save with with the Bad Boys movie collection on Prime Video shop now.

joel wingReviewed in the United States on March 3, 2021
4.0 out of 5 stars
Despite Bay & Bruckheimer excesses this is a great sequel because of Smith & Lawrence
Verified purchase
After the success of Bad Boys it was inevitable that Will Smith and Martin Lawrence would return for a sequel. So too would director Michael Bay and producer Jerry Bruckheimer. What did that mean? Even bigger chases, gun battles and explosions plus lots of scantily clad women this time because that’s what Bay and Bruckheimer liked to see. Thankfully Smith and Lawrence still had their chemistry going which provided the laughs which was the real draw of the film. Watching the two try to intimidate a boy taking out Lawrence’s daughter for a date is a sight to see. Then again the ending was like Smith and Lawrence had become SEALs in a covert operation. Completely over the top. Despite Bay and Bruckheimer’s excesses this was a fitting sequel.

Bonus points there’s a chase scene where Lawrence and Smith drive down a hill through a bunch of shacks which is taken directly from a Jackie Chan film.

petalsReviewed in the United States on July 14, 2022
3.0 out of 5 stars
Good movie
Verified purchase
I enjoyed the movie as a way to pass some time.

The Z ManReviewed in the United States on September 6, 2004
4.0 out of 5 stars
I'm still not sure what to make of this, but I will try.
Verified purchase
I need to assume the following in order to enjoy this movie appropriately:

1) Director Michael Bay had final cut. I cannot believe for a split second that any studio in the world would allow this movie to run 2 hours + in the THEATERS!!!! It was almost as if director Bay needed to top himself with a huge action scene after huge action scene, WITHIN THE SAME MOVIE! "Oh, I'm an hour 45 into this flick, what can I do next? OH YEAH, LET'S DRIVE A HUMMER THROUGH A SHANTY TOWN IN CUBA!"

And since he had final cut, he got to keep EVERYTHING.

2) Since the beginning of the movie features a "Don Simpson/Jerry Bruckheimer Production" and we all know that Don Simpson passed away many years ago, I need to believe that both Bruckheimer and Bay set out to make a movie that would have pleased Don in ways you can only imagine. Hence, his name still being attached as producer.

3) They had too much money, and too much time to spend it.

This movie is excessive on every single possible level - and it's borderline genius. I don't use that term loosely. This is, by far, the greatest exercise in excessive narcissism I have ever encountered.

I highly recommend this film - you will not believe your eyes or your ears. It's simply not to be missed. I was dumbfounded.

It may be the best-worst movie ever made.

I believe George Carlin coined the expression, "extremely not bad" and that's how I'd rate this flick.

MariabellaReviewed in the United States on November 1, 2021
5.0 out of 5 stars
Subtitles are question- movie was incredible!
Verified purchase
While this movie was amazing- I couldn’t help but notice the subtitles using a hard R word, while they were NOT using that word. So while the subtitles need to be updated (like YESTERDAY!) this move was amazing ! It had me watching all three in one night. Worth the rent and the buy #badboysforlife

ReeseReviewed in the United States on March 9, 2022
3.0 out of 5 stars
..
Verified purchase
Husband like it but I don’t like Will Smith

A. CherryReviewed in the United States on August 16, 2021
5.0 out of 5 stars
way better than the second one
Verified purchase
Super entertaining and funny and just enough drama for you to hate the bad guys and connect with the characters. Well set up for a sequel
One person found this helpful

LindsayReviewed in the United States on July 14, 2021
5.0 out of 5 stars
Great movie
Verified purchase
I love this movie and consider it a classic. I love the boys humor with each other.

Diana ReyesReviewed in the United States on September 15, 2021
5.0 out of 5 stars
Awesome
Verified purchase
I actually liked the movie
See all reviews
Back to top
Get to Know Us
Make Money with Us
Amazon Payment Products
Let Us Help You
EnglishChoose a language for shopping. United StatesChoose a country/region for shopping.
© 1996-2022, Amazon.com, Inc. or its affiliates