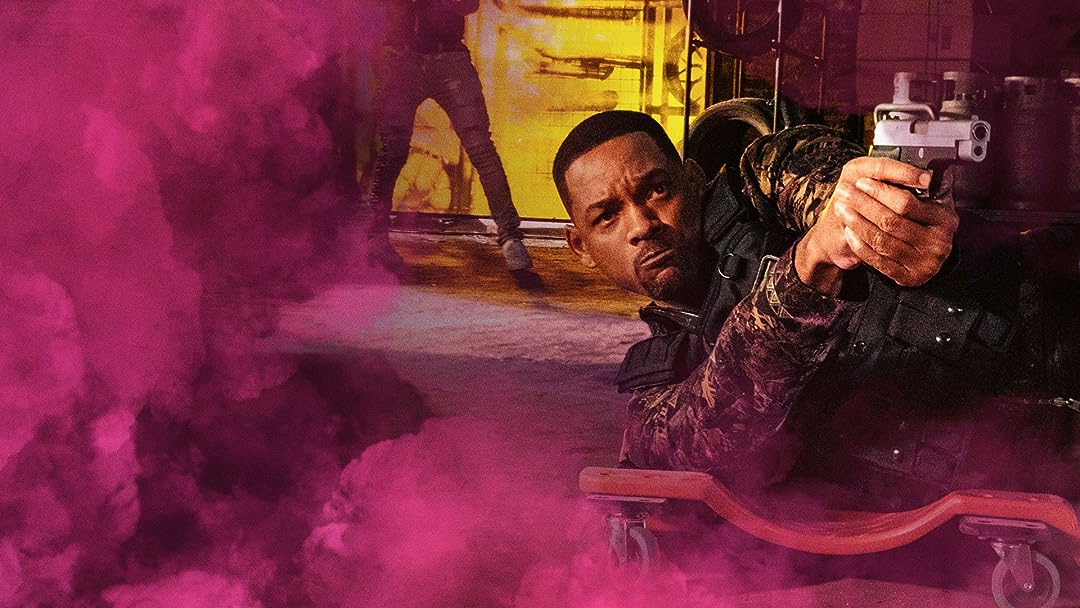 (76,977)6.62 h 3 min2020X-RayR
The Bad Boys Mike Lowrey (Will Smith) and Marcus Burnett (Martin Lawrence) are back together for one last ride in the highly anticipated Bad Boys for Life.

Save with with the Bad Boys movie collection on Prime Video shop now.

Jackie-O-LanternReviewed in the United States on April 5, 2020
1.0 out of 5 stars
Bad Script for Life
Verified purchase
Complete garbage. Grew up with the original, loved the soundtrack, story, action. Part 3 is a huge waste of money. Martin Lawrence looks like he’s packing walnuts for the winter. Cheesiest storyline. The writers just totally suck. Save your money.
102 people found this helpful

DevilHogReviewed in the United States on April 5, 2020
3.0 out of 5 stars
Really disappointing
Verified purchase
I was really hoping this would be good but it fell short. The story was weak, the acting was poor, and it had far less comedy and action as Bad Boys 2. Overall, this was the worst of the 3 films in the series.
43 people found this helpful

SelfReviewed in the United States on April 1, 2020
2.0 out of 5 stars
Nope....Didn’t Cut it
Verified purchase
This was by far the worst one. Rating all three in the series and it would be #2, #1 and then this one #3 I was really disappointed and can’t understand the positive reviews on this
39 people found this helpful

Kimberly NikanowiczReviewed in the United States on April 29, 2020
5.0 out of 5 stars
Different...But still fantastic!
Verified purchase
When I first learned there was a new Bad Boys movie in production, I was so excited. I eagerly looked forward to more of the quirky lines- like, "two bitches of the sea". I imagined the quirky comebacks and all of the action and excitement of seeing the bad boys together again at last! I was prepared for more of the same that we've experienced in the first two installments.

That was not actually what was presented here...yes, there is still the excitement, and loads of action. But something was different...When I finished watching, I was perplexed because though I really enjoyed the movie, it just wasn't...the same.

Then I got it...they are both older, wiser, more mature...and more fed up with the crap that comes with being a cop...it would have been a serious mistake to play them off as 30 somethings, when indeed, they are not--and we, as fans shouldn't expect them to be! I realized that what was so different was that Bad Boys For Life was classy.

I believe this movie had a different director than the first two, maybe that was where the turn was made, but however it happened, it was needed for this version to be the masterpiece that it is, and not just another sequel.

From the threshed out story line (not going to give any spoilers, but lots gets explained here), to the overall level of maturity, it was the perfect movie that was adjusted to suit our own levels of maturity as viewers (who are years older now as well). It was left open for future movies, and I, for one, REALLY want to see another one made...

That's all I will say, because I do not want to spoil the movie for anyone, but let me just say that I am pretty sure that anyone and everyone will enjoy Bad Boys For Life.

C. JackReviewed in the United States on April 10, 2020
3.0 out of 5 stars
Almost tuned out 1/2 way in...
Verified purchase
This was not like the previous two movies. This one just didn't flow as well, neither was the script written as well. The opening scene was highly predictable. The whole movie was made by the bad guy -- we should be seeing more of him as he played a action anti-hero very well. Not bad to look at either.

Unfortunately...it's unclear how he got to be as good or just say as ruthless a bad guy without the tutilage of his mother. More backstory on him would have helped. I paid a lot to stream this tonight and had been waiting on a rental but well...covid is pushing the timeline back. However IF I would have sat in a theater, I would have been disappointed. Not sure if I'd watch this again...
18 people found this helpful

JoetheimpalRReviewed in the United States on April 23, 2020
1.0 out of 5 stars
Don't expect the originals or their feel
Verified purchase
It has got all the curtains and none of the feel of the originals. First 30 minutes is painful. The big reveal is so fruity it could fill a cornucopia. Dialogue is 80% lack luster, this is where most of the problems exist. It's clunky and sounds like it was written by children. Only good parts are when Marcus and Mike shine through with some of the old charisma. Save your money, glad I only rented.
21 people found this helpful

Will-CanReviewed in the United States on April 2, 2020
4.0 out of 5 stars
Aweful......but
Verified purchase
This was a very very bad remake.......rushed, no chemistry like the other two, just bad.....but....the other two bad boy movies make up for this disaster, that's why i gave it a 4. uggh,,,,this was really really a bad movie all around, and I love Will and Martin. Enjoy the payday you recieved.
11 people found this helpful

AngelaReviewed in the United States on May 8, 2020
5.0 out of 5 stars
I really liked it. Its worth watching
Verified purchase
This was a good solid movie. It was a natural progression after the first two and after the years between them. I saw some of the negative comments about this movie and I believe it's because with the second installment that was so animated,a lack of the level of animation was missed. There were cars flying everywhere boats everything, people expected the animation to continue and probably expected it to grow in intensity not taking into account the amount of years that have passed between the second installment and the third and what the writers and directors would have to do in order to make this story a believable progression. These men, these bad boys, are now distinguish older men. Distinguished older men who still have the it factor, they can still make it happen. I really like this movie I believe most people who see it will like it as well.
7 people found this helpful
See all reviews
Back to top
Get to Know Us
Make Money with Us
Amazon Payment Products
Let Us Help You
EnglishChoose a language for shopping. United StatesChoose a country/region for shopping.
© 1996-2021, Amazon.com, Inc. or its affiliates