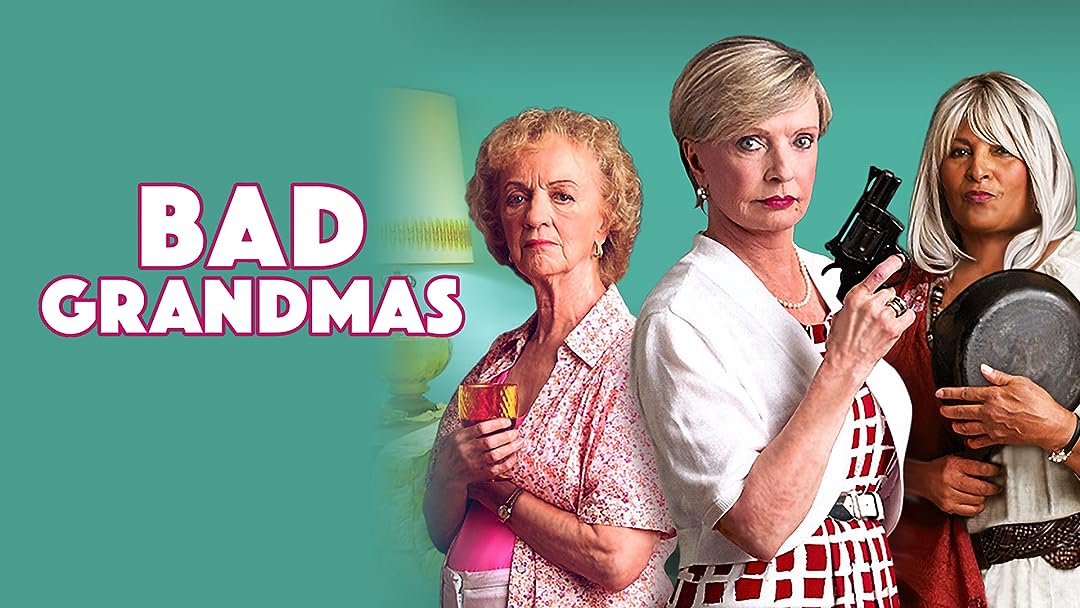 Deik017Reviewed in the United States on May 12, 2018
3.0 out of 5 stars
Pam Grier is once again the best part of a not-so-great movie.
Verified purchase
I honestly only bought this movie because of Pam Grier. It's about a woman who kills this guy and gets her friends to help cover it up. Overall, it's pretty lackluster. This movie has potential but the low budget and cheap digital cinematography make it seem like a student film. The movie isn't terrible, but it's not good either. Florence is fun to watch but she is definitely not on her A game.

As for Pam, she kills it as always. Very funny, warm and clever, she made the purchase worth it. I met her roughly around when she shot this movie and I was honestly impressed with some of her subtle body posturing. I guarantee some people are going to think she was just collecting a paycheck with this but she really took the role of an old grandma seriously! I heard her speak on stage for two hours then took a photo with her and her composure and posture is completely different in real life. It's weird to say, but this shotty little movie made me appreciate her more as an actress. However, I don't know why they put her in a silver blonde wig. It looks pretty fake and it's all the more crazy considering Pam's hair looks great today!

If you're a Pam Grier fan, check this out to keep up with her latest work. Other than that, I don't know who else to recommend this to. Brady Bunch fans I suppose?

robertReviewed in the United States on February 8, 2020
5.0 out of 5 stars
Stupid me
Verified purchase
Saw this movie on TV and wanted to add this movie to our collection! Also bought one for my daughter and her family. This DVD will not play on our DVD or BlueRay player. Hmmmp. Followed the instructions given to me by Amazon to receive info on getting refund or replacement. Was told I missed seeing the Region Code that the item is clearly advertised as a Region Code. 2 DVD on Amazon which appears on top of the page. I still don’t see it. What a convoluted & involved method. Due to Amazon return guidelines they do not have to accept a return of a digital media item, but they offer a return of goodwill. M $ L will refund when the item is returned less a 30% restocking fee and that I can purchase a Multi Region Player sold by Amazon. It’s a strange world we live in.
2 people found this helpful

SADeRReviewed in the United States on January 8, 2020
5.0 out of 5 stars
HILARIOUS!!!!!!!!
Verified purchase
Came across it on some premium channel and LOVED IT!!! Yes, some will say it's a pot-smokin', cussin' Carol Brady but I say lighten up and why not? Look at the sales for movies about Hobbits and comic book characters, all of which we grew up with in books and accepted on the screen. All the Grandmas were great: I wish we could all be that pragmatic and resourceful at that age. And that supporting cast: if you remember Carol Brady, you'll recognize them, none as young as they used to be but who is?
4 people found this helpful

Jackie L. AdamsReviewed in the United States on November 27, 2019
5.0 out of 5 stars
Loved them BAD GRANDMAS.
Verified purchase
This movie is not at all what you would expect going in, or at least it was not for me. Who would expect these sweet, kind gentle elderly (senior citizen) type to do such things. In a comical way, it shows what someone (age not withstanding) might do when FED UP with being abused and taken advantage of. This is where the BAD GUYS made the mistake of letting their guard down. The story moved along at a good pace and did not drag anything out un-necessarily. All the actors did an excellent job and it held my interest to the very end where the BAD GUY evidently still had his guard down. Anyway, it was good to see some of the older actors again, especially Florence Henderson. (R.I.P.).
One person found this helpful

Amazon CustomerReviewed in the United States on January 17, 2018
5.0 out of 5 stars
Florence hendersons,last role
Verified purchase
America's mom is now a grandma. Bad grandmas is hilarious 😎 Campy in a Roger Corman kind of way - IMO - i could see this go down as a cult classic -
13 people found this helpful

brownsugar555Reviewed in the United States on February 18, 2018
5.0 out of 5 stars
Older women taking charge of their lives
Verified purchase
I love this movie, it's refreshing to see mature woman kicking butt,. All the actresses did an amazing job dealing with the bad guys.. Is to nice to see that the mature women are not forgotten in the movie industry.
9 people found this helpful

Ruby RittmeyerReviewed in the United States on July 21, 2020
1.0 out of 5 stars
Worst purchase ever!!!!!
Verified purchase
Ordered this DVD May 31, After 10 days checked delivery status and saw the movie was not playable in US, so I contacted seller to cancel, only to be told Item had shipped June 2. Well, since it was my error I accepted the lost, but; the item took 8 weeks to arrive? Seller provided no shipping/tracking information, worst purchase ever!!!
One person found this helpful

Just a guyReviewed in the United States on July 29, 2018
5.0 out of 5 stars
Five Stars
Verified purchase
Absolutely enjoyed this movie! Dark, Funny...and the Big Screen Debut of Big Dan Byington...The Man, The Legend!
6 people found this helpful
See all reviews
Back to top
Get to Know Us
Make Money with Us
Amazon Payment Products
Let Us Help You
EnglishChoose a language for shopping. United StatesChoose a country/region for shopping.
© 1996-2021, Amazon.com, Inc. or its affiliates