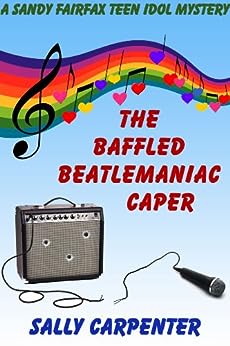 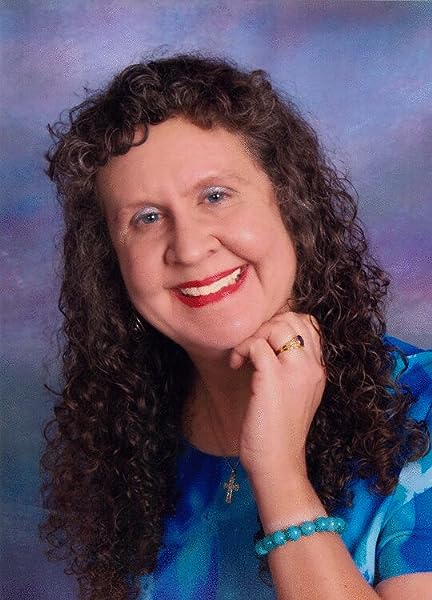 by Sally Carpenter (Author) Format: Kindle Edition
Book 1 of 5: Sandy Fairfax Teen Idol Mysteries
See all formats and editions
Sorry, there was a problem loading this page. Try again.
Beatlemania is back and better than even in this revised second edition. Former teen idol Sandy Fairfax finds that making a comeback can be murder! It’s been fourteen years since the pop star broke little girls’ hearts on the 1970s hit TV show Buddy Brave, Boy Sleuth. But after years of obscurity, the 38-year-old nowhere man can’t land a gig anywhere except at a slightly disorganized Beatles fan convention in Evansville, Indiana. What looks like an easy job turns deadly when a member of the Mercy Marvels tribute band is shot and the local police finger Sandy as the prime suspect. The schoolboy shamus is back in action to find the culprit. All he’s got to do is get back past the fawning fans, shady vendors and a John Lennon wannabe who just won’t let it be. Help! It’s all too much for our bad boy hero who tackles the case with a little help from his friends. The Baffled Beatlemaniac Caper was a finalist for the 2012 Eureka! Award for best first mystery novel.
Read more
Previous page
Next page
Next 3 for you in this series See full series
Total Price: $11.97
All 5 for you in this series See full series

Sally Carpenter is native Hoosier now living in sunny Southern California She has a master’s degree in theater from Indiana State University. While in school two of her plays, “Star Collector” and “Common Ground,” were finalists in the American College Theater Festival One-Act Playwrighting Competition. “Common Ground” also earned a college creative writing award. The plays received staged readings and productions in New York City. Carpenter also has a master’s degee in theology and a black belt in tae kwon do. She’s worked a variety of jobs including actress, freelance writer, college writing instructor, theater critic, jail chaplain, and tour guide/page for a major movie studio as well as for a community newspaper. She’s a member of Sisters in Crime/Los Angeles Chapter. Contact her at scwriter@earthlink.net. --This text refers to an alternate kindle_edition edition.

I was born in and grew up in Southern Indiana, but now live in Southern California. While I was working on a master's degree in theater at Indiana State University, two of my plays were regional finalists in the American College Theater Festival's one-act play competition. One play, "Star Collector," was eventually produced in NYC and the characters became the basis for my Sandy Fairfax Teen Idol series.

I also have a black belt in tae kwon do and a master's degree in theology.

I've worked as an actress, jail chaplain, college writing instructor and tour guide/page for a motion picture studio. I'm a member of Sisters in Crime/Los Angeles.

My Sandy Fairfax Teen Idol cozy mystery series was inspired by The Beatles, The Monkees and those goofy spy/detective/action-adventure TV shows of the '60s and '70s.

The first Sandy book, "The Baffled Beatlemaniac Caper," was a 2012 Eureka! Award finalist for best first mystery novel. "Beatlemaniac," revised second edition, is back in print.

I have short stories in three anthologies: "Faster than a Speeding Bullet" in "Plan B: Omnibus"; "Dark Nights at the Deluxe Drive-In" in "Last Exit to Murder"; and "The Puzzling Puppet Show Caper" (another Sandy Fairfax mystery) in "Cozy Cat Shorts."

I wrote chapter 3 in the group mystery "Chasing the Codex" by Cozy Cat Press.

To atone for killing people on paper, I pen the Roots of Faith column for the Acorn Newspapers (www.theacornonline.com).

For 18 years I've been feeding and spoiling black cats, but am currently catless. Hopefully that will change in the near future.

Gayle Bartos-Pool
5.0 out of 5 stars Murder, Mayhem, and Music
Reviewed in the United States 🇺🇸 on March 31, 2014
Verified Purchase
Sally Carpenter’s debut novel, The Baffled Beatlemaniac Caper, pits former teen idol, Sandy Fairfax, against a killer at a Beatles’ convention in the middle of Nowhere, Indiana. Sandy has been out of the limelight for a few more years than he cares to remember and the rest of his life is a bit of a mess, too. He decides his career needs a jump-start and maybe this gig will be the answer.

Sandy has second thoughts as soon as he gets off the plane, but the gal who greets him, Bunny McAllister, the president of the Sandy Fairfax Fan Club drags him to the conference held in a less-than four star hotel. But Bunny has heart, if not a few quirks, and Sandy ends up meeting the Fab Four… Not the actual Beatles, both John and George have gone to the big recording studio in the sky by this time, but rather a Beatles tribute band.

But there is a little trouble, in fact a lot of trouble between band members, some fans, and a few interlopers who want to crash the scene. When the band member posing as John Lennon is found dead with Sandy leaning over the body no less, Sandy becomes a suspect.

Bunny is in his corner almost to distraction, but she thinks Sandy, who had a TV show back when his teen idol status was at its peak, can solve the case. You see, Sandy Fairfax played Buddy Brave, a teen sleuth. More than once Sandy wants to split the scene, but those old habits of rescuing the damsel in distress and ferreting out those elusive clues seem to be at his fingertips.

There are tons of music references and great characters (suspects) and twists that will have you holding onto your seat, but whether you love rock and roll or just a good mystery, this one is really cool, man.
Read more
Helpful
Report abuse

Anonymous
5.0 out of 5 stars A fun read!
Reviewed in the United States 🇺🇸 on August 29, 2012
Verified Purchase
I was never a fan of early `70s teen idols or of their TV shows; I was already in graduate school by then, and too much of an intellectual and cultural snob. I was a fan of the Beatles, however, and I am now a fan of Sandy Fairfax.

Although I can tell you exactly where and when I first heard "I Want to Hold Your Hand" - in the basement rec room of a high school friend at a New Year's Eve party on December 31, 1963, my fifteenth birthday - and although I screamed all the way through "A Hard Day's Night" and "Help!," I was never a fanatic as described by Sally Carpenter in her debut mystery novel, The Baffled Beatlemaniac Caper. I'm not sure I know anyone who was, or is, but I have known fans of certain science fiction TV shows ("Star Trek" comes to mind) who approach Sally's characters' mania. There were times while reading the book that I felt like channeling William Shatner (on "Saturday Night Live," when I still understood the jokes) and yelling at the characters to "get a life."

I'm not going to recount the plot, as other reviewers have already done so, but I do want to iterate their opinions: a fun, enjoyable book with an intriguing mystery (I was sure I knew whodunit; I was wrong) and a likeable, even though flawed main character. I'm looking forward to reading more about Sandy Fairfax.
Read more
Helpful
Report abuse

Phil Carpenter
5.0 out of 5 stars Blast from the past
Reviewed in the United States 🇺🇸 on October 17, 2011
Verified Purchase
Remember those cheesy hit television shows from the '70s which starred some heartthrob who was the hottest item of the time but today is just the answer to a "where-are-they-now" trivia question? Imagine if one of them suddenly sprang to life from the pages of People magazine and stood before you, confessing his deepest secrets, singing his heart out, and - what else - solving crimes. That's exactly the guy you want to guest star at a Swinging Sixties convention of Beatlemaniacs for a weekend of music, fun - and murder!

Sandy Fairfax is a former teen idol, now divorcee, recovering alcoholic, and practiced wit who can deliver putdowns at the drop of a Rickenbacker. He's trying to jumpstart his flagging career at a gathering of Beatle fanatics, but gets more than he bargained for when he stumbles - literally - over a dead body. It's everything you could want in a solid whodunnit: the mysterious dying words, the numerous suspects, the clueless police officer, twists & turns, and the hero's dry observations ("I had enough dead ends in this mystery to open my own subdivision").

If you like a good thriller, and LOVE teen idols like the Fab Four, you'll have a fun read with this one.
Read more
5 people found this helpful
Helpful
Report abuse

click dark
4.0 out of 5 stars A lighthearted romp
Reviewed in the United States 🇺🇸 on October 1, 2011
Verified Purchase
Sally Carpenter's "Baffled Beatlemaniac Caper" is a fun, lighthearted tale. The mystery takes a back seat to the high jinks of the main character and the Beatle fans he finds himself surrounded by when he agrees to make a guest appearance at a low-grade Beatle festival. Packed with trivia and song lyrics, the story flows smoothly and has a satisfying resolution. It gives the reader the same feeling as watching a Monkees episode from days gone by, lots of fun, not taking itself too seriously and an enjoyable way to pass the time.
Read more
Helpful
Report abuse

Lorna Collins
5.0 out of 5 stars A Fun Romp
Reviewed in the United States 🇺🇸 on January 2, 2013
Verified Purchase
An aging teen idol thrust into a fan convention just as he is trying to give up booze is a great setup. Add a passel of quirky characters and a bunch of Beatles-themed events, and you have the basis for this book. It is light and a quick read, but you'll have fun along the way. You have to be a real Beatles fan in order to figure out the who-done-it, but even without the in-depth knowledge you will enjoy the ride.
Read more
Helpful
Report abuse
See all reviews
Report an issue
Does this item contain inappropriate content?
Report
Do you believe that this item violates a copyright?
Report
Does this item contain quality or formatting issues?
Report