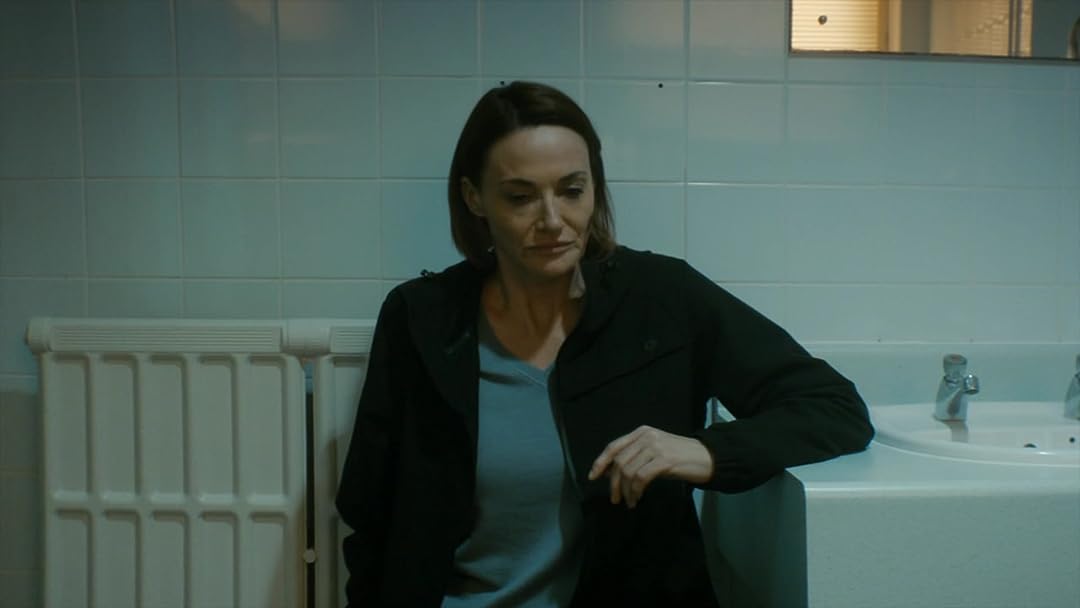 (106)2017TV-14
On the surface Elizabeth Bancroft is a model DCI: trusted, adored, and respected by her colleagues but what secrets lie beneath this veneer? With contrasting female detectives at its heart, this fast-paced thriller explores whether you can ever escape your past.

S. StagemanReviewed in the United States on September 29, 2018
1.0 out of 5 stars
Like Line of Duty but not as well developed (Includes a spoiler alert)
I've watched and continue to watch British murder mysteries and cop TV shows. I base how good one is by how I watch the series. If the series is well done then I become absorbed - very much like a well-written book with good character development with a great plot. When I find such shows I'll every minute of them, engrossed in every word spoken and action taken. Sometimes if I don't understand a scene, I'll back track and watch it over. The other litmus test is will I watch the series over again and still find it interesting and very satisfying to watch.

In the case of Bancroft, it did not meet my litmus test. I found myself skipping through scenes to get the gist of what was said and moving on to the next scene. In some cases, it was very tedious. And spoiler alert:

She is a dirty cop and seems to get away with it. I don't find that entertaining. I find it annoying. I will not be watching for season 2.

KatherineReviewed in the United States on November 19, 2018
3.0 out of 5 stars
Mixed Feelings
The Brits are the best at the police procedurals but this one isn't one of their best. Yeah, it's rather riveting in a sick sort of way and arguably well-acted but I could almost wish I hadn't watched it. For starters, the title character is a sub-human monster and psychopath so there's that. The other lead is smart enough but makes awful decisions that prove to be costly...very costly. It's great to see Art Malik in anything but in this one, he proves to be a bit of a single-minded dolt. I've heard there will be a season two and I'll probably watch it just to see what happens next but be warned. This is a tough one if you like nice little bows tied up at the end of a TV series. It left me feeling annoyed and cheated.
22 people found this helpful

michaelReviewed in the United States on September 29, 2018
3.0 out of 5 stars
Need season 2 left hanging
Not a Bad series but I gave it three stars for one reason they leave you hanging. One detective in a coma in the hospital that knows the truth and the psychopathic Commander is left To Run free. If there is a season 2 it might be a four-star series or 3 and 1/2. Don't like to spend almost 4 hours watching and then left in the dark
23 people found this helpful

THE PROFESSORReviewed in the United States on January 9, 2019
2.0 out of 5 stars
Bancroft Is Big (Rare) Britcop Mess of a Miss
Normally, I adore the Britcops, but Bancroft was the exception to the rule! I wouldn't want to be in law enforcement on either side of the pond without a gun at my disposal, but I find that not having flying bullets means that Britcop series focus more on developing characters and stories sending lives spraying out of control, instead, which makes for better television drama. Again, Bancroft is the exception. The characters are stereotypical caricatures caught in a cat fight story, though we're supposed to buy it as some kind of generational clash of the titans with career-making (or unraveling) consequences. Yet even allowing for dramatic license and suspension of disbelief in the name of entertainment, the over-the-top melodrama and ridiculous choices the characters make can't even pass the basic common sense sniff test, and none of it makes much sense beyond the basic premise that one always murders the ones one loves. I see a lot of people making comparisons to Line of Duty in reviews, but beyond both being Britcop shows containing some "bent coppers" who cross the line into being criminals, themselves, they really aren't comparable. Line of Duty has its share of complex conspiracies that stretch belief a bit, but it works hard to lay foundations even as it ratchets up the pressures, with its attention to development of also complex characters and masterful plotting and pacing a how-to course in great drama. Bancroft is the exact opposite, with momentary shock value seemingly the guiding star, with little consideration to overall aligning and the ultimate undermining even of the ability to surprise. As gaspers pile up, they eventually become hiccups--annoying, frustrating, and predictable. Not even the talent-rich cast could salvage the drivel they were given to play! So, find one of the many other Britcop shows to watch, and give Bancroft a miss!
12 people found this helpful

Casey BemisReviewed in the United States on March 30, 2020
5.0 out of 5 stars
Not What You Expect
My husband and I started watching this show thinking it was a typical British Mystery. Well, it kind of starts out that way, but then takes so many twists and turns, we had to finish the whole first season (4 episodes) in 1 night. Bancroft is hardly your typical British detective.

She is very capable of manipulating people and events to suit her purpose. And she has absolutely no moral compass. I thought it was quite an absorbing ride that kept us glued to the TV. The acting was good as was everything else. It's pretty much one surprise after another. Loved season 1. Will definitely watch season 2 soon.

Bethany SReviewed in the United States on November 11, 2018
1.0 out of 5 stars
Not worth the time
I love crime dramas but I did not care for this at all. Much like some of the other reviews it was slow, I skipped ahead because I started realizing that it wasn’t getting better and it turns out all that time wasted to find out the main character is a dirty cop that gets away with it.....I won’t be watching the next season
13 people found this helpful

CB2Reviewed in the United States on October 23, 2018
1.0 out of 5 stars
Only the worst parts of a procedural show
Imagine your favorite British mystery/detective series. Take out the clever dialogue. Take out the interesting plot. Take out the good writing. Take out the character development. Then you have Bancroft. Dismal.
13 people found this helpful

packliteReviewed in the United States on September 23, 2018
1.0 out of 5 stars
Not Very Interesting
We like British mysteries. This one is slow and not captivating. We watched part of the first episode and last half of last episode and felt we missed nothing. We skimmed thru the first episode, gave about 5 minutes each for next two and played last 1/3 of 4th episode. Not impressed.
11 people found this helpful
See all reviews
Back to top
Get to Know Us
Make Money with Us
Amazon Payment Products
Let Us Help You
EnglishChoose a language for shopping. United StatesChoose a country/region for shopping.
© 1996-2021, Amazon.com, Inc. or its affiliates